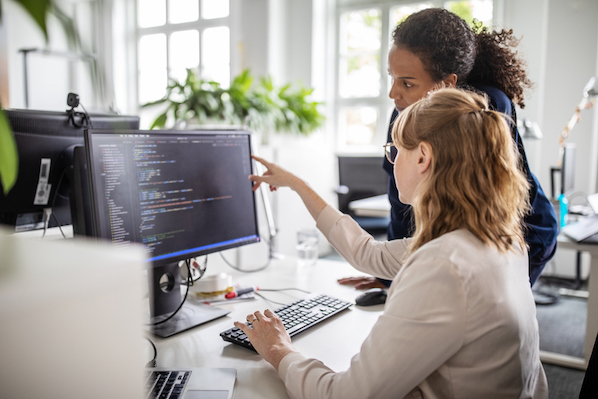 Java is a statically-typed programming language that enables you to create custom types to use in your programs. Statically-typed languages use a Boolean data type to allocate memory for variables. These Boolean values provide the conditions and conditional statements to make a decision.

Boolean variables and Boolean fields greatly enhance the performance and experience of a Java program for developers. Learning to use Boolean expressions efficiently can help you write programs that scale, are easier to debug, don’t take too much memory, and use Java virtual machines (JVMs) in the best possible manner.

This article explores the Boolean data type, how Java uses it, and how you can use it in your software development. It also highlights the different operators that use Boolean expressions to control the flow of a program.

Java uses Boolean values as flags or checks in the program. A Boolean variable can store one bit of data, which indicates the stored value. The actual size of the Boolean variable depends on several factors, such as the JVM or whether it’s a primitive type or an object type. The important thing to remember is that basic and primitive Boolean variables can only hold two values.

There are various kinds of loops in a Java program. The Boolean expressions remain the same in the program.

All the expressions in the if, for, and while blocks are Boolean expressions that result in a true or false value.

You need the null value for the Boolean type in special scenarios, such as with databases that use a DBNull value.

In newer versions of the Java Development Kit (JDK), you can use both Boolean types interchangeably when creating variables. For example, all the following expressions are valid:

The three expressions above create three variables of the type Boolean with values indicated on the right side of the expression. One interesting thing to note is that a Boolean object can hold null as a value. It throws an exception if you attempt to assign a null Boolean value to the primitive Boolean variable.

The exception raised is the NullPointerException. This happens when you use Boolean and Boolean values interchangeably. The best way to avoid this is by using a try-catch block around the assignment. Even better is to avoid using primitive values when working with Boolean objects.

From the performance standpoint, you should use the primitive Boolean. The object Boolean requires memory allocation for the object on the heap. Similarly, boxing and unboxing the Java objects also increase operating costs.

The Boolean values also enable the program to modify its behavior based on the values provided by the end-user. You can use Boolean operators in Java to make decisions in your program.

The Boolean operators decide whether a condition is or isn’t met. In Java, some unary operators apply to a single variable, such as the ! NOT operator. Some operators apply to two variables and provide a true or a false response based on their values. Some common use cases of these operators include the following:

In the expression above, the program checks if the value for the amountPaid variable is true. If the value is true, then it executes the deliverOrder method. Otherwise, it runs the requestMoney method.

A Boolean field can represent information in pure Data Access Object (DAO) types. For example, a student type can use a Boolean field to indicate if a student is still a teenager.

You can use other data types to define the fields instead of a Boolean variable or a field. Using different data types, you can express the intent for storing the field. For example, consider the following two approaches:

Memory management and resource use are two areas that greatly benefit from using Booleans. The Boolean variable holds just one bit of information. If you’re using the data types that hold more than one bit, such as a String constant, Boolean can greatly improve speed because there are fewer memory allocations.

Lastly, you can use the Boolean data type fields directly within programming language constructs such as if/else or loop. You don’t need to compare or convert them to Boolean objects at runtime. Therefore, using a Boolean variable or a field, you can use it in an expression, such as an if or while loop.

While this is true for Boolean, for other data types such as int or String, you must always compare their values and get a Boolean result to proceed. When you use a Boolean operator, such as greater than or equal to, the operator uses the operands on both sides, which results in a Boolean value that the expression can use.

Making Use of Booleans in Java Programming

This article explored Booleans, a part of the Java data type system. In Java, you have the primitive Boolean data type and the Boolean object, which enable you to work with bit-valued data. The Boolean data type differs from other data types in that it contains only one value: true or false.

When you have a more complex use case, such as when you need generics, you should use a Boolean object. Because Java generics architecture doesn’t work with primitive data types, Boolean objects enable you to use the generics to represent a templated interface for your customers.

Additionally, using a primitive Boolean object can help with memory management. The primitive data types are useful when the application is deployed on an embedded device, where the memory and resources are limited.

Since Java is a statically typed language, you can use the variable type to allocate memory in your programs. Using the right variable data type in a program and low-memory environments, such as embedded devices, can significantly impact a program’s memory performance.

Discover How Java Handles Abstraction & How to Use It

How to Use Java’s Static Keyword

Discover Java Methods and What They Can Do For Your Software