Java Constructor Basics: What They Are & How to Use Them

One of the most common tasks you will complete in software development is constructing objects and class instances in Java. Constructors are required for many of Java’s objects and should be created for any class you make. 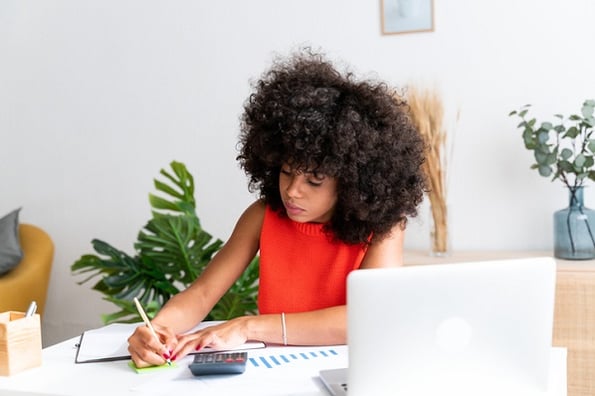 This post covers the Java constructor and its purpose when developing Java language software. In this post, you will learn what a Java constructor is, discover its syntax, and learn how they work. You will also see some code examples of how to use them in software development and why creating constructors for your classes is vital for the development process.

What is a constructor in Java?

In Java, a constructor is a term that describes a line of code used to create an instance of a class object. Since a Java class serves as a blueprint for a reusable object, Java language developers made a way to construct a copy of class objects.

The method for doing this is a simple and commonly used technique and simplifies the process of creating objects. Using the new keyword, you can call on a class to create a new instance of that class as an object that developers can manipulate to serve a specific purpose. Check out the video below for more information on constructors, getters and setters.

The method for doing this is a simple and commonly used technique and simplifies the process of creating objects. Using the new keyword, you can call on a class to create a new instance of that class as an object that developers can manipulate to serve a specific purpose.

Now that we have discussed the basics of a Java constructor let’s look at the syntax for creating one.

Within the TimeLord class is a constructor with the same name. The constructor syntax looks similar to the syntax used to instantiate a new TimeLord object. The defining difference is the curly braces at the end of the constructor; the code below highlights this.

All of this neat information is well and good; however, the real power of constructors goes deeper as there are many other benefits to them. So next, let’s look at some examples of ways you can create and use constructors in your software.

How to Make a Constructor in Java

There is much more to constructors than just declaring them in a class. For example, a constructor can perform actions meant to satisfy the requirements of the class it belongs to on the instantiation of a new object. Let’s consider a use case and build an example using that.

When creating a video game, you decide that TimeLords will be a type of character that you need to create for the storyline. They will have two attributes: a name and age. So, you create a class with two variables and a constructor that assigns a value to them on object creation. The following code snippet illuminates this process by showcasing the code used to create the constructor with parameters.

With the class and constructor set up, you can now use the constructor to create an object instance of the class. Calling the constructor is done the same way as shown earlier, with one exception; now, you will pass the values that belong to the object into the parenthesis. The code below shows how to do this.

The above code creates an instance of the TimeLord class, with the name of “Doctor Who” and an age of 405.

Note: When passing data into the constructor, the values must match the order and type declared in the class creation. See below for an example of this requirement.

Now that we have covered that, let's look at an entire code snippet of this character class example.

When creating a class, there are often many inner workings that add robust functionality to your them. A constructor is one of those; using a constructor, you can ensure that when an object instance of your class is created, it has all the necessary information to perform as expected. In addition, constructors can contain and accept as many parameters as you would like. Before you dive into the code examples ahead, watch this next video for more information on creating constructors.

Let's consider a character creation task at the start of the game, which requires some information to be provided to create your character.

Assuming the above class, attributes, and the declared constructor, you would need to provide four pieces of information to create your character. The TimeLord character object will require the user to enter a name, an age, a height, and the number of times their character has regenerated. The code within the main class of the program would look a little like the following code snippet.

The above code snippet creates a new instance of a TimeLord and assigns attribute values to the object using static data. This approach would be a great way to set default values for the character to serve as a placeholder until the user enters their information. Then you could use the entered data to assign the attribute values dynamically.

Moving Forward With Using Java Constructors in Your Software

Java constructors are a reasonably simple concept, though they are very powerful and make creating object instances more manageable. You’ve discovered the syntax, behavior, use, and benefits of the Java constructor and a viable practical example of a constructor at work.

Solidifying your understanding of them and how they work is best done through practice and repetition. The best way to familiarize yourself with the behavior and nuances of Java constructors is to play around with them and test their limitations.