As it approaches its third decade, Java persists as one of the most popular development languages. It was developed as a “write once, run anywhere” language that would offer developers more versatility and flexibility with their code. 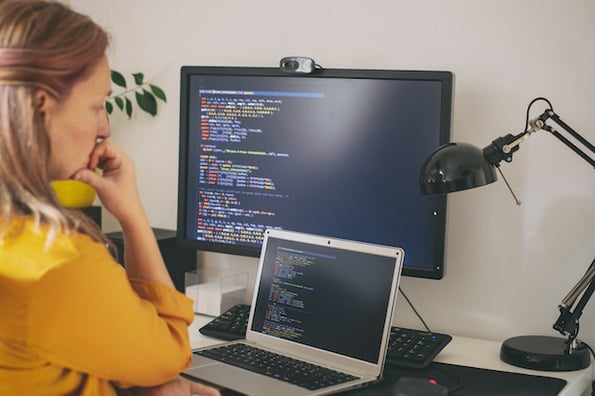 Now, extensibility is a priority for web developers in all spheres. Consequently, multiple frameworks are available to enhance the flexibility and functionality that Java offers natively.

In this post, we’ll explore some of the best and most popular Java frameworks used today. But first, let’s dig a bit deeper into what frameworks actually are.

At its core, a framework is a pre-made set of code that prioritizes ease of use and general reusability within a program. Frameworks typically include several types of ready-to-use code like classes, functions, and UI components, enabling developers to extend Java’s functionality further.

The proper framework empowers developers to create reliable and robust applications without needing to write and perfect every line of code. Furthermore, many developers use Java testing frameworks to ensure consistent and reliable test results.

Now, let’s explore 10 of the most popular Java frameworks.

With its broad array of applications and focus on speed, simplicity, and productivity, Spring remains the most popular framework among Java developers.

Its modularity allows developers to take advantage of its tools for every step of their project. Additionally, Spring interacts seamlessly with countless security tools and features. Therefore, the framework enables developers to create and integrate features like login validation and user authentication, ensuring optimal security for the app and user data.

The ease and reliability of these features have piqued the interest of numerous enterprise-level companies, including eBay, Dick’s Sporting Goods, and Netflix. However, developers of smaller-scale projects find it equally capable of producing consistent and powerful performances. 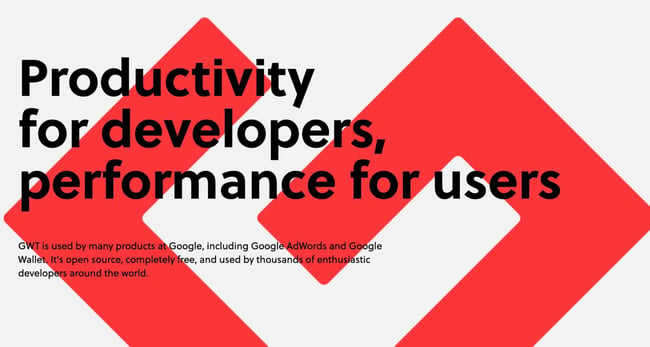 Designed for building complex and efficient browser applications, GWT can translate written Java code into functional JavaScript. This means that Java developers can exercise additional creativity without having to become top-tier JavaScript experts. Moreover, the size and breadth of the open-source developer community have amassed a library of helpful resources and GWT support information.

Given its ability to handle large-scale complexity, GWT is exceptionally suited for applications requiring instant and reliable scaling. That’s why the developers of iKnowMed — an electronic health record system for large-scale oncology practices — chose Java with GWT as their foundation.

Like GWT, Hibernate is an open-source project with appreciable community support. It is best suited to projects that rely heavily on data manipulation and dense, complex databases. Many large companies use Hibernate for its adeptness at handling data-intensive workloads.

Apache is the world’s largest open-source foundation responsible for creating multiple development tools over the years.

One such tool is Struts, a model-view-controller (MVC) framework for creating robust web applications. Struts is one of many popular frameworks for developing web applications in Java. However, this framework sets itself apart by prioritizing convenience and including a growing plug-in library.

Struts excels as a complementary tool to other frameworks due to its flexibility and extensibility. This makes Struts a productive addition to a variety of web development scenarios. Its versatility enables developers to use it for anything from simple portfolio websites to feature-rich applications requiring highly secure user validation and information security measures.

Note: Struts offers several versions through their development cycles. The most popular version is Struts 2, but the most updated version as of writing is Struts 6.0.3.

Play is an open-source web app development framework that prioritizes ease of use. Licensed under the Apache License 2.0, it requires very little overhead and is extremely lightweight. Furthermore, developers only need a web browser and a text editor to begin developing. Play integrates seamlessly with various plug-ins and NoSQL databases, making it a superior option for mobile development.

Like Struts, Play can accommodate projects of any size and complexity, evidenced by its use in LinkedIn, Walmart, and Samsung applications. Play provides extensive support for cloud deployments with systems like AWS, ensuring apps remain consistent, modern, and manageable.

Grails is an open-source, Groovy-based framework that primarily relies on the Java Virtual Machine (JVM) to develop web applications.

Like Play, Grails is licensed under the Apache License 2.0. It promises a negligible learning curve that enables a moderately experienced Java developer to take advantage of its tools immediately. Grails is built on top of Spring Boot, which allows access to Spring features like dependency injection.

Its relative simplicity and superb reliability appeal to companies like Target, Best Buy, and Netflix, which use Grails to keep their apps simple and fast. Furthermore, Grails is an excellent tool for building representational state transfer (REST)ful web applications that take advantage of its efficient, modern API calls.

JavaServer Faces (JSF) is a JavaServer framework for building modern user interfaces (UIs) simply. With JSF, developers can build web applications with multi-use UI components that they can easily connect to data and client events.

Although it creates front-end products, this framework was developed with back-end developers in mind. JSF alleviates the issues that front-end code can cause for back-end functionality. As another MVC-based framework, JSF enables developers to build “faces” for their Java applications so that they can focus their resources on functionality.

Additionally, JSF has massive community support and is integrated into parts of the main Java language. Therefore, this framework presents a superior option for developers who want to create complex applications without having to fully code and integrate a front-end workflow.

Dropwizard’s open-source licensing (Apache 2.0) means it has virtually endless community support and resources. Dropwizard is an ideal framework for RESTful web services that require superior stability. Companies like Fidelity, HubSpot, and American Express use Dropwizard for its ability to create safe and reliable web services and APIs.

A framework for creating web applications with Java, Vaadin distinguishes itself by focusing on high-quality user experience (UX) features without the massive coding overhead. Vaadin aims to bring Java web applications in line with the best JavaScript web applications.

Allowing developers to code entirely in pure Java, Vaadin can be an excellent tool for those who lack the time and resources to learn HTML and JavaScript but want to build a stunning and modern website. Companies like Puma and Wells Fargo rely on Vaadin to help them create aesthetically appealing, efficient, and functional web applications.

Wicket is similar to Struts, Vaadin, and GWT in its focus on modern, Java-based web applications. It is an open-source framework built on top of Java 11 and aims to help developers keep their code completely up to date.

With an extra focus on connecting your project and the overall Java development cycle, Wicket is great for any project that requires staying current with Java updates. Wicket even provides Content Security Policy (CSP) integration, allowing you to keep your web applications and websites as safe as possible.

Find the best Java framework for your project.

These frameworks enable developers of all skill and experience levels to enhance their use of Java in building applications. Choosing from the growing number of frameworks can feel overwhelming. Nonetheless, integrating the right ones into your arsenal can help you achieve a more efficient, functional, and user-friendly result.

Consider trying a new framework in your next Java project and continue reading HubSpot’s series on Java to exercise your programming muscles.