In today's world, lists are an essential part of our lives. We use them to keep track of what we need to do, what we want to buy, and how we plan on getting there. The same is true for Java developers - lists are an important part of our development process. But how do you create a list in Java? And how do you make sure that your list is effective and efficient? 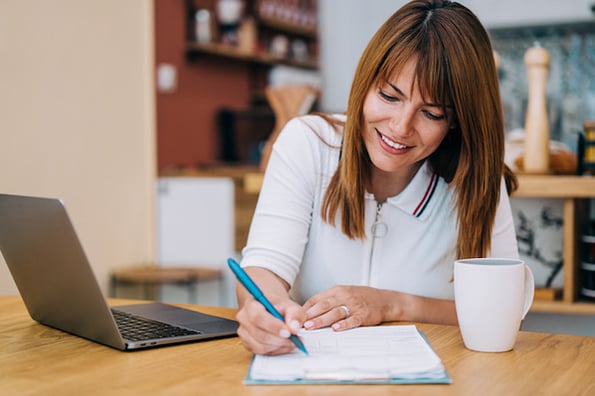 In this blog post, we'll show you how to create a Java list, provide some tips on how to sort your list so that it is easy to use, and show you how to add, update, and remove elements of a Java list. First, we will give a brief explanation of what a list is in Java. Let's get started.

A list is a data structure that stores a collection of elements. Java lists are commonly used in to store tasks, items, and even other lists. In fact, the Java Collections Framework was created with the list data structure.

Lists provide ordered collections - this means that the elements get stored to a list in a specific order. You can access elements in a list by their index, which is their position in the list. For example, if we have a list of tasks:

Lists also have some handy methods for adding and removing elements:

You can also use lists to store other lists. This structure is called a nested list. For example, we could have a list of tasks for each day of the week:

- Wake up at seven o'clock

- Wake up at eight o'clock

Now that we know what a Java list is and how they work, let's take a look at how to create and manipulate a list in Java.

There are several ways to create a list in Java, but we'll show you the most common method using the List interface implemented by an ArrayList.

The List interface is part of the Java Collections Framework, and it defines the functionality of a list data structure. To create a list using the List interface, you must first import it into your project:

Now that you have created an empty list, it is time to add some data to it.

Adding an element can be done with the add() method. The add() method takes a single argument, which is the data you want to add to the list. For example, if we wanted to add the String "Eat" to our list, we would use the following line of code:

You can also add an element at a specific index using the add() method. This ability is useful if you want to insert an element in the middle of your list. For example, if we wanted to add the String "Wake Up" at index 0, we would use the following line of code:

Updating an element in a list is similar to adding an element. The most common way to update an element in a list is with the set() method. The set() method takes two arguments, the first is the index of the element you want to update, and the second is the data you want to insert. For example, if we wanted to update the String "Sleep" at index 2 to "Work" we would use the following line of code:

Now that you know how to add and update elements to your list, let's take a look at how to remove them. The most common way to remove an element from a list is with the remove() method. The remove() method takes a single argument, which is the data you want to remove from the list. For example, if we wanted to remove the String "Eat" from our list, we would use the following line of code:

Like the add() method, you can also use the removeAll() method to remove multiple items from your list at once or remove an item from a specific index.

Now that you know how to create and manipulate a list, let's take a look at how to sort it. The most common way to sort a list is with the Collections.sort() method. This method takes your list as its argument and sorts it in ascending order. For example, if we wanted to sort our updated list of Strings, we would use the following line of code:

You can also sort your list by using a custom Comparator. A Comparator is an object that defines how your list is sorted. For example, if we wanted to sort our list of Strings by length, we would use the following line of code:

The following example creates a list of Strings and adds three elements to it. It then removes one element and updates another. Finally, it sorts the list in ascending order:

In the main() method, we create a list of Strings and add three elements to it. We then remove one element and update another. Finally, we sort the list in ascending order.

We removed one element from the list with the remove() method. In this example, we remove the String "Hello" from our list.

We updated an element in the list with the set() method. In this example, we update the String "Hello" at index 0 to "Goodbye."

Finally, we print our updated list to the console.

Lists are a powerful and versatile data structure that every Java programmer should know how to use. In this article, we have looked at what lists are and how to create and sort them in Java. We have also seen some examples of how to use Java lists.

Now it's your turn. Try creating a list of your own and experiment with the different methods we have seen. You can also try nested lists or lists of other data types. Remember, there is no right or wrong way to use lists, so feel free to get creative.