What Are Java Throw Exceptions?

Your credit card has a limit, and if you spend over that, your purchase may be declined. This concept of exceeding limits to receive a negative response is not specific to just credit cards--in Java, many things can be accepted or denied based on specific requirements. 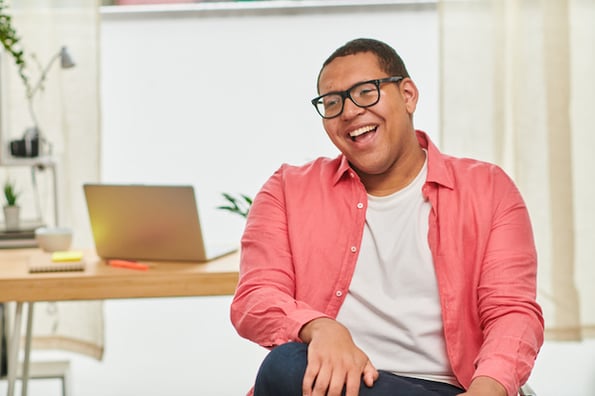 For instance,  when a Java method attempts to perform an action that is not valid, we say that it "throws an exception." This article will focus on how to throw an exception in Java. We'll also look at some different types of exceptions, how to catch them, and how to create your custom exception.

So whether you're trying to figure out how to throw an exception in Java or want to learn more about how Java exception handling works, this article is for you.

What Is a Java Throw Exception

In Java, exceptions are objects that represent an error. It occurs during the execution of a program and disrupts the normal flow of instructions. When a program encounters an exceptional circumstance, an exception is "thrown." Depending on how your program is written, this exception may be caught and dealt with, or it may cause the program to crash.

When an exception occurs, the Java runtime system (JVM) automatically creates an object that contains information about the error. This object is then passed up the call stack until it is handled by some code. The program will terminate if no code catches the exception and outputs an error message.

It's important to note that two types of problems can occur in a Java program: exceptions and errors. Exceptions are (mostly) recoverable, while errors are not.

Errors are typically caused by problems out of your control, such as hardware failures or running out of memory. Because errors cannot recover from them, they will always cause a program to terminate. Exceptions, on the other hand, indicate conditions that the application might be able to recover.

Now that we've discussed the difference between exceptions and errors let's look at how to throw an exception in Java.

How to Throw An Exception in Java

There are two ways to throw an exception in Java: with the "throw" keyword or by creating a new instance of the Exception class.

The syntax to throw an exception is below.

Using the syntax, let's say we have a method that calculates the average of three numbers. However, we want to throw an exception if any numbers are less than 0. The method would look like this:

In this example, we're using the "throw" keyword to throw an IllegalArgumentException. The JVM will catch this exception, and an error message will be outputted. We can throw either a checked or unchecked exception, which we will discuss later.

In the example above, the parent class is Exception. This class provides basic functionality for all exceptions. The InvalidInputException class is a child of Exception and provides a specific implementation for invalid input.

Now, we can use our custom exception just like a built-in exception. The code to throw our InvalidInputException would look like this:

The code above will create a new exception with the following message: "Invalid input."

Now that we know how to throw exceptions, let's look at how to catch them.

How to Catch An Exception in Java

When an exception is thrown, the Java runtime system automatically creates an object containing information about the error. This object is then passed up the call stack until some code handles it.

The program will terminate if no code catches the exception and outputs an error message. However, if you catch the exception, you can deal with it somehow and then continue running your program.

In this code, the "try" block contains code that might throw an IOException. If an IOException occurs, it will be caught by the "catch" block, which will handle it somehow.

Note: You can have multiple "catch" blocks for a single "try" block. This is useful if you want to catch different types of exceptions differently. For example:

You can also have a "finally" block in addition to the "try" and "catch" blocks. The "finally" block will always execute, regardless of whether or not an exception is thrown. For example:

In this code, the "finally" block will execute whether or not an exception is thrown. This can be useful for cleanup tasks, such as closing files or database connections.

Now that we've seen how to throw and catch exceptions, let's look at the difference between a checked and unchecked exception.

Types of Exceptions in Java

There are two exceptions in Java: checked and unchecked. Let's take a look at the difference between these types of exceptions.

Checked exceptions occur at compile time and are checked by the compiler. If the compiler doesn't catch the exception, the program will not compile.

Checked exceptions must either be caught or declared in the method where they occur.  The compiler will look for the "try," "catch," or "throws" keywords to handle a checked exception.

If we have a method that opens a file, but the file doesn't exist, a checked exception will be thrown. Take a look at the following example.

Catch exceptions are caused by user input or problems that occur within the code (like NullPointerException).

Examples of checked exceptions include:

Unchecked exceptions occur at runtime and are not checked by the compiler. These exceptions are typically caused by programming bugs, improper use of APIs, or logic errors.

Here is how you would catch an unchecked exception:

In the example above, we're trying to divide a number by 0, which will throw an ArithmeticException. We use a try-catch block to catch this exception and print an error message.

Examples of unchecked exceptions include:

Since errors can happen in any program--no matter how well written--it's important to know how to deal with exceptions when they occur. Exceptions allow you to write more robust code that can handle unexpected situations gracefully rather than crashing.

By throwing an exception, we can tell the Java runtime system that something went wrong and that we need it to take some specific action. In this article, we've covered how to throw an exception and how to catch them. You can further your understanding of how to use exceptions by exploring some of the Java built-in exception classes or creating your own custom exceptions.