Are you working with a lot of data? Do you need to store and reference multiple values but don't want the clutter of a class declaration? If so, Java tuples may be just what you're looking for. Tuples are like classes, but they are declared in a much more concise way making them ideal for working with large amounts of data. 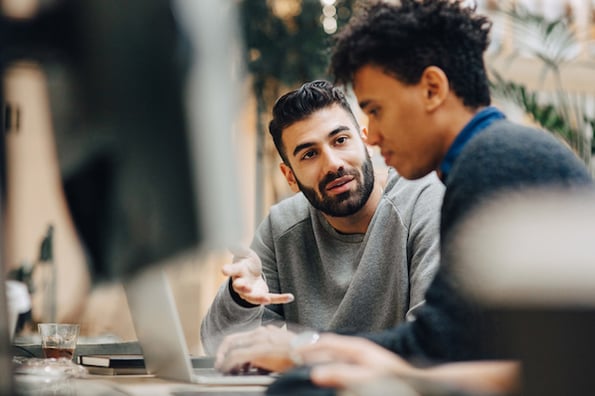 In this Java tuple tutorial, we'll show you what Java tuples are, the different types of tuples, and how to use them with examples.

So let's get started!

What is a Java Tuple?

A Java tuple is a data structure that allows you to store a set of data values. This data structure is similar to a Java list but with some key differences. A tuple is immutable, meaning you cannot add or remove elements from it. Tuples are also typically used to store data items that may not necessarily be directly related but together has a meaning, such as the coordinates of a point on a map. Take a look at some examples below.

Now that you know a bit more about tuples let's look at some of the different ways you can create them in Java.

Creating a Tuple in Java

A tuple is created by placing all the items (elements) inside the parenthesis (), separated by commas. The syntax for creating a tuple in Java is shown below.

Java tuples support tuples of sizes up to 10. We have listed a few common tuple types below:

When you implement a tuple in Java, you have a few different options. We will begin discussing the ArrayList method then the Constructor method.

The first way we will look at is to use the built-in Java class java.util.ArrayList:

In the example above, we created an ArrayList object and stored it in a variable called myTuple. We then added three elements to the tuple - "John Doe", 23, and "New York". You can access the individual elements of the tuple using the get() method, which we will discuss later.

You can also create a tuple in Java by using the Pair, Triple, or Quad classes. These are generic classes, meaning you need to specify the data type of the elements when creating a tuple.

As you can see from the examples above, each tuple is created by specifying the data type of each element in angle brackets (<>). You can then initialize the tuple by passing in the values for each element.

Now you see a few different ways you can create a tuple in Java. The method you choose to use will depend on your specific needs.

We will now learn about some of the different operations you can perform on tuples.

As we mentioned earlier, one key difference between a list and a tuple is that tuples are immutable. This means you cannot add or remove elements from a tuple. However, there are still some operations you can perform on tuples. Let's take a look.

Accessing Elements in a Tuple

Once you have created a tuple, you may want to access its data. To do this, you can use the get() method:

You can also use the set() method to update the value of an element in a tuple:

However, it is important to note that the set() method does not change the tuple itself. Instead, it returns a new tuple with the updated element.

Iterating Over a Tuple

You can use the forEach() method to iterate over the elements in a tuple:

Alternatively, you can use the for loop to achieve the same result:

Converting a Tuple to a String

You can use the toString() method to convert a tuple to a String:

This can be useful if you need to print the contents of a tuple for debugging purposes.

You can use the equals() method to compare two tuples:

When should you use a Java Tuple?

A tuple in Java is useful for data structures that store a set number of elements of different types.  By storing these elements in a tuple, you can easily access them without having to create separate variables for each element. In this article, you've learned what a tuple is and how to create and manipulate tuples in Java. Now that you know how to use tuples, you can start using them in your own Java programs.