Java vs. JavaScript: A Guide to Understanding Them 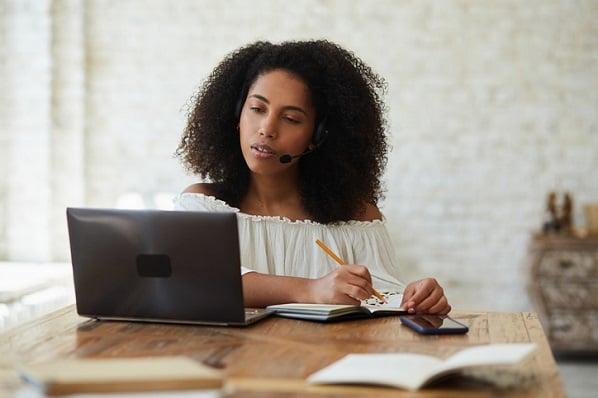 Java and JavaScript have a love-hate relationship with each other. They love to be functional and practical, but they hate to be compared to one another. There was a brief moment when their paths crossed, but they went in separate directions in the end.

One thing they have in common is that their names have changed since their creation. For example, Java was initially called Oak, and JavaScript was Mocha. Both languages changed their names primarily for marketing purposes.

Outside of that, they do have some similarities amongst all their differences. In this post, we will look at these comparisons, their history, and their difficulty of use.

Java vs. JavaScript: An Overview

Project Oak — later renamed Java — was founded in 1991 by James Gosling while working for Oracle. The goal of Oak was to create a cleaner and more uniform language to improve on the C and C++ languages. It was released to the public in 1995 as a core component of Sun Microsystems, owned by Oracle.

Like many other languages, Java must be compiled to create executable files that run in an operating environment for the program. This aspect means an extra step in the development and testing process.

JavaScript — initially called Mocha and then LiveScript — has changed its name a couple of times since its creation. It was created by Brenden Eich in 1995 for Netscape Navigator, Netscape’s flagship web browser. The name JavaScript, coined as a marketing ploy, was meant to piggyback on the popularity of Java and Netscape's support of Java applets in its browser.

The JavaScript language differs from Java in that it does not need to be compiled into an executable file and runs as is in its operating environment. An executable file is a file that, when opened, runs the code in the form of a program. Since its inception, it has expanded and is now used in more than just web development.

Java vs. JavaScript, which is better?

In todays’ technological industries, deciding which is better depends on your needs. Furthermore, the landscape has changed so much recently that JavaScript has become much more versatile than it used to be. Starting as a web-based language, JavaScript has moved to back-end technologies and is also used to create programs for many different environments.

Is JavaScript similar to Java?

Let’s put it this way: “Java is to JavaScript as Ham is to Hamster.” Unfortunately, Java and Javascript have almost nothing in common except their brief intersection in their pasts, as Netscape’s browser created it as an alternative to supporting Java Applets.

They can both be used for a wide variety of purposes and there is some overlap. Next let's look at some examples of technologies that they can be used for.

The gap between these two has been slowly decreasing in size over the years. As time passes, both landscapes are changing rapidly, but not all their characteristics can change.

JavaScript is a text-based programming language that does not require compiling to function as interpreted at runtime. This would also require a complete redesign to accomplish any change in how it runs and operates. As a result, this would lead to changes in how it is used in the current landscape of modern technology.

Java is easier to learn than C and C++ as a point of interest, but JavaScript usually wins out as the most straightforward. Javascript is easy to learn because it is interpreted at runtime and does not require a lot of technology running behind the scenes.

Java is much easier to work with than other languages in its weight class, but it is easier to debug, test, and write than them, too. However, its complexity makes it more challenging to learn than JavaScript; it has more “behind-the-scenes magic” such as Classes, Objects, and inheritance.

Both languages use a C-style syntax, but they each have some differences. For example, Java uses a very Object-Oriented Programming (OOP) language syntax, created using classes and objects. Whereas JavaScript uses a text-based programming syntax in the style of C, it uses Java-like naming conventions.

In recent years, JavaScript has evolved so much that it also offers OOP convention and can be used in more than just client-side environments like browsers. A great example of this is Node.js, which is a runtime environment for JavaScript that allows developers to write JavaScript code for other uses.

Closing Thoughts on Java vs. JavaScript

In closing the bottom line is that they are only really comparable in the sense that they are both programming languages. Outside of that their uses are very different and have different requirements, such as level of understanding, plugins, and more.

They are also used for different purposes, and in that vein, your desired intention and project needs are important to consider. Due to these differences, you’ll also need to keep in mind aspects like your project’s hosting, runtime, and production needs.

Finally, I would be remiss to fail to stress the growth of JavaScript and its popularity in the development world. This growth has led to overlap in the types of programs that can be made and the environments they can run in.