An Intro to Java for Back-End Programming

Since it was introduced in 1995, Java remains one of the most widely used programming languages today. In the 2021 Developer Survey by Stack Overflow, Java ranked in the top five most popular coding languages, even when accounting for scripting and markup languages. 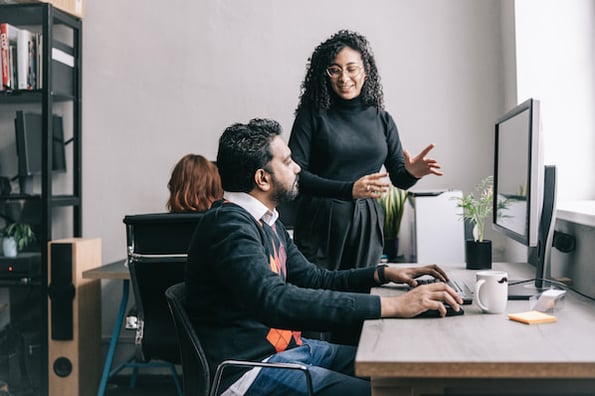 Java is popular for its superior capability to build the back-end systems of most enterprise applications, such as Google, Uber, Amazon, Netflix, Spotify, Facebook, Airbnb, and LinkedIn.

Java is also popular for backend development because it’s a platform-independent language (i.e., can run on different operating systems), it has efficient memory management, and it supports high scalability — requirements of most back-end systems.

In this post, we’ll dig deeper into the Java language and discuss why it’s best suited for back-end development.

A Brief History of Java and Back-End Development

Enterprise Java, the primary language version used to build back-end systems, was launched on December 12, 1999, as Enterprise Edition (J2EE) version 1.2. Since then, enhancements to the Java language and its supporting platforms have made it the preferred language for the back-end systems of many enterprises.

According to the 2021 Java Developer Productivity Report by JRebel, Java versions 8, 11, and 12 are popular choices for back-end programming languages for over 60 percent of the developers surveyed.

Similarly, a 2019 developer survey by Baeldung revealed that Java 8 and its supporting tools, Spring Boot2 and Apache Tomcat server, are the most popular developer tools for back-end systems. These statistics are reflective of Java’s proliferation in large software engineering firms.

Most of Google’s products, including the initial Android project, are built in Java. Uber also relies on Java to process complex transactions such as incoming requests and routing. NASA’s famous World Wind application is also built in Java. The app provides users with a realistic 3D map of the globe, allowing them to access real-time geographical data. Amazon Web Service (AWS), one of the world’s largest cloud services providers, has also built many of its automation scripts and complex business logic in Java.

Although it’s a general-purpose programming language, Java has significant advantages over other languages, making it suitable for complex back-end programming tasks. Some key advantages include:

Like any other programming language, Java has its drawbacks, including:

In addition to its core functionality, Java’s capabilities can be expanded by using numerous back-end frameworks that enhance what developers can accomplish using Java.

Frameworks also support the incorporation of popular build automation tools, such as Maven and Gradle, in applications. A key aspect of back-end development is dependency management. Java frameworks make it possible to automate build processes to support integration with plugins, protocols, and remote processes.

Some of the most popular Java frameworks for back-end development include Spring, Hibernate, Struts, and Play. These frameworks are discussed in detail below.

Spring is based on a unique inversion-of-control (IoC) model where the IoC container is responsible for managing Java beans. Beans are Java objects that form the backbone of applications.

The IoC container instantiates, manages, and assembles beans through Context and Dependency Injection (CDI). This architecture allows you to focus on designing the business logic, while Spring’s IoC handles the dependencies between different objects in the application. This unique approach involves objects defining their dependencies and the IOC container injecting them where needed.

Spring Boot, a bootstrapped version of Spring, has some core capabilities that help speed up the development of standalone applications and microservices that run on the JVM, such as application configuration, opinionated approaches to autoconfiguration, and built-in support for type conversion, data binding, resource management, and exception handling.

Through abstraction, Hibernate handles all the low-level relational database operations between the application and the DB system, such as Postgres. These operations include establishing and managing database connections, query processing, and performing CRUD (create, read, update, and delete) operations for the application.

You can use Hibernate to apply the Java Persistence API (JPA) annotations on your application’s model classes. Hibernate uses these annotations to perform diverse ORM operations such as automatically converting a class into a database entity.

Similarly, defining a one-to-many relation between two models through their respective fields requires a simple @one-to-many annotation on the foreign key of one class. Hibernate converts such annotations into low-level operations.

Struts is an open-source Java framework maintained by the Apache Software foundation. It’s an extension of the Java EE Servlet API and boasts a design that encourages developers to adopt the model-view-controller (MVC) architecture for developing web applications.

Since Struts is an extension of the Servlet API, its superiority lies in its model layer, which easily integrates with other Java EE technologies such as Hibernate, JDBC, EJBs, JSP, XML, and others.

Struts simplifies the development process by providing predefined functionalities you can utilize to assemble web applications. It uses a controller component to process incoming requests and determine which actions to take in response.

The Play Framework is Spring’s closest rival. It’s a lightweight open-source framework written in Scala and built to support the MVC architecture for building web applications. While it’s a Scala-based framework, Play also supports Java applications because both languages can be compiled into JVM bytecode.

Play’s primary strength is its ability to reduce and optimize your application’s resource consumption. By utilizing memory, processors, and threads, Play can develop efficient and fast applications that are also scalable for web and mobile platforms.

Play is unique in its ability to extend Java’s concurrency performance into the framework through work stealing for thread maximization, Akka for work distribution, and futures for asynchronous programming. Together, these features make Play a fast and highly performant Java framework.

Java is a high-performance object-oriented language whose strengths are best realized through its application in back-end development, especially for enterprise systems. Java’s efficient memory management and scalability support make it ideal for back-end development.

To support the utilization of Java’s core strengths in back-end development, frameworks such as Spring, Play, Hibernate, and Struts, exist to automate key workflows in application development and handle dependency management, among other tasks.

As more versions and associated tools are launched, Java will see continued success as a back-end language. Frameworks will evolve in equal proportion to leverage Java enhancements. For developers looking to get on the back-end development track, Java is the way to go.