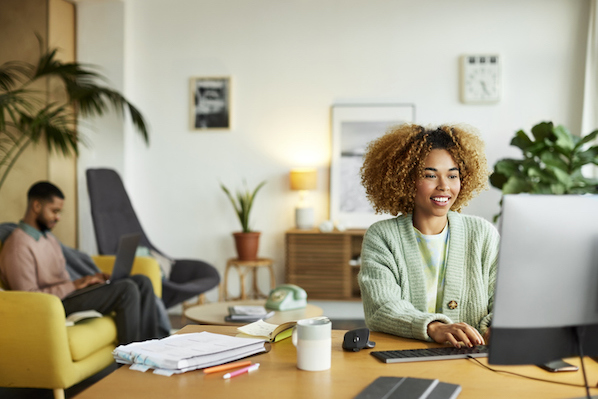 More than 77% of websites use PHP as their server-side programming language, and job listings for IT professionals with PHP expertise have been on a steady climb for the past few years — in the first 10 months of 2020 alone, demand for PHP developers rose 834%4.

The result? PHP is now one of the most common server-side languages used across the web, and adoption is still growing. The challenge? While PHP is powerful, it’s not enough to simply deploy this coding framework — instead, companies need to leverage PHP in a way that plays to its strengths and makes best use of its potential.

Rather than delivering a long-winded, snoozing explanation on PHP best practices, we thought it would be easier to show you what great PHP can do for websites with a look at 15 sites that are doing it right.

Before diving into our list, it’s worth a brief stopover to discuss the basics of PHP.

PHP was built by Rasmus Lerdorf as an open-source, server-side scripting language in 1994. While the acronym originally stood for “personal home page,” broad adoption saw the uptake of a new moniker: Hypertext processor.

Lerdorf designed the language to be intuitive and easy-to-use, in turn making it possible for users to quickly extract, display, and store relevant data on a webpage. PHP includes a host of extensions that streamline the process of integration and deployment, and the development community remains strong — the latest version of PHP (8.1.5) was released on April 14, 2022.

So how do businesses turn server-side PHP code into solid web design? Here are 15 examples of sites doing right with PHP.

This popular blog and content management system (CMS) is written in PHP and paired with database tools such as MySQL or MariaDB to store and retrieve information. PHP code in the CMS tool interacts with databases, obtains key information, and displays it as static HTML elements.

Leaning into PHP makes it possible for users to easily drag-and-drop UI components or create their own templates.

With more than 2.9 billion users worldwide, Facebook needs web and mobile sites capable of handling consistently massive traffic volumes. The site’s entire codebase was written in PHP by founders Mark Zuckerberg and Dustin Moskovitz in 2004, and in 2010 the company deployed HipHop for PHP which made it possible to translate any source code into the source code of another programming language.

Popular online handcraft and furniture retailer, Etsy, is one of the top PHP ecommerce sites in the United States. Using HHVM (HipHop virtual machine) implementation for its documentation allowed the company to significantly increase page speeds for its 45 million users, helping drive the site’s steady growth over the last few years.

Communication and collaboration tool, Slack, has been using PHP since its inception in 2009. The company is committed to optimizing PHP use across its software and services, which makes sense given the high value Slack places on efficiency and simplicity.

A regular generator of hilarious memes and odd online content, Tumblr has gone through several ownership changes over the past few years, but what remains consistent is the site’s use of PHP. For the past six years, Tumblr has helped users better navigate their favorite content and get their daily dose of emerging internet interests.

Features that help boost Tumblr performance include return-type declarations and scalar-type hints, which make it possible to specify exactly what type of parameters PHP functions can accept.

MailChimp helps companies send millions of emails every day, and its mail system is entirely PHP-based. The benefit? The code framework can handle the massive volume of bulk emails sent day after day without sacrificing performance.

MailChimp has doubled down on its use of PHP — the company uses PHP for everything on the development side of its application and website.

Yahoo started as a PHP-only site, which powered its Mail, Answers, and News segments. To compete with rival Google, the company made the move to a mixed programming language framework, but it’s PHP that gave Yahoo its strong start in the market.

CMS Drupal is used by more than a million websites worldwide and has increased its use of PHP over the past few years to help boost site speed and efficiency. Its most recent version — Drupal 8 — is entirely based on PHP.

Cloud music platform Spotify is powered by PHP. Continued use and improvement of PHP code across Spotify makes it possible for users to access millions of songs with a simple search and has made this platform one of the most popular music services worldwide.

Using Symfony2, Spotify reduced the amount of time required for users to load dynamic elements during search, making it easier for them to get to their music faster.

Ecommerce platform Magento — now known as Adobe Commerce — is all about creating a streamlined and simple experience for online shoppers. PHP provided the foundation for this experience, and the site still uses the basic framework of PHP for its object-oriented applications.

Written in PHP, this open-source platform also leverages other PHP frameworks such as Symfony and Laminas to power its sites.

Pharmaceutical giant Pfizer leverages Laravel — a PHP framework — to help manage its technology stack. With the company now a household name thanks to its efforts to help end the pandemic, an optimized site is more important than ever.

Fitness technology provider, Peloton, also experienced massive success during the pandemic. As a result, the company needed a way to ensure that its SaaS fitness app was capable of keeping pace with a growing, worldwide user base and PHP provided the framework.

PHP makes it possible for Peleton to regularly update its app for users worldwide with minimal workout disruptions or code conflicts.

Moodle is used by thousands of schools across the United States to help students achieve their academic goals. This learning management system (LMS) was built using PHP but also leverages CSS and JavaScript to deliver key functions.

While PHP forms the core of Moodle, its plugins are what set the LMS apart. The caveat? The performance of these plugins wouldn’t be possible without PHP.

Canva offers design-ready templates to more than 10 million users worldwide, making it easy for them to create great projects without breaking the bank. To streamline template search and delivery, Canva is built on PHP.

Canva was initially built on a PHP-only framework but eventually integrated Node.js to expand its feature set. Today, PHP is still used for the majority of Cavna’s backend workload.

Getting the Most From PHP

Put simply, PHP is designed to be simple. This server-side language was built to streamline the process of building and maintaining websites and — thanks to this focus — is now the most popular server-side solution used by small businesses and large enterprises alike.

When it comes to getting the most from PHP, there’s an easy rule: Keep it simple. Use the language as it was intended — to easily capture, display and store data — and pass that simplicity on to users. While other languages excel at other aspects of server- and client-side coding, PHP makes usability its priority and makes it a great choice for any website infrastructure.