What is Swagger? A Beginner's Guide

If you develop software, chances are you are integrating APIs. In today's development world, the software development lifecycle depends upon APIs. 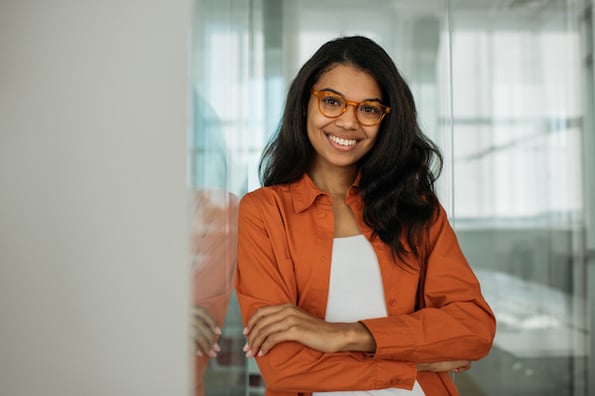 APIs (Application Programming Interfaces) connect developers and share valuable data and development. They allow corporations to expose their data and functionality to the public for use. We can then add that data to the applications we build.

For instance, if you want to create an application that helps users find popular restaurants in their area, there is no need to build it from scratch. You can simply integrate the Yelp API into your application. But, for developers to share their API content, they will need clear protocols or documentation that others can follow. Here is where Swagger fits in.

Swagger is one of the most popular tools for developers to document REST APIs. Companies such as Google, Microsoft, and Netflix make use of the Swagger framework. In this article, we will review some amazing components that Swagger offers and why we recommend them.

How does Swagger work?

Before diving into Swagger, let’s give a brief overview of API documentation and OpenAPI specification as they relate to Swagger.

An API acts as the middleman between an application and web server that want to connect with each other to share information. Extensive communication is going on behind the scenes, therefore, well documenting your APIs is essential to ensure a positive developer experience.

API documentation is like a reference manual containing instructions about how to effectively use and integrate with an API. What good is having a great product to offer, if no one understands how to use it? This is why documentation is valuable. But, what should you include in the API documentation?

API documentation should include (but not be limited to) the following:

OpenAPI specification (previously known as Swagger specification) describes a standard format for REST APIs. This standard is important so that everyone who writes REST APIs is compliant with its best practices such as the versioning, safety, and error handling. We can say that OpenAPI is similar to a template with a set of rules and constraints explaining how you could describe an API. It is usually written in YAML or JSON file format making it readable for humans and machines.

If you've built an API from scratch, you’ve probably questioned if you've included all the necessary information the user will need to be successful. Swagger saves a lot of time in writing API documentation by running through the OpenAPI specification to ensure you meet the guidelines.

Swagger API is a set of open-source tools built to help programmers develop, design, document, and use REST APIs. The tool is built around the OpenAPI specification and contains three components: Swagger Editor, Swagger UI, and Swagger Codegen.

SwaggerHub is an online API documentation tool designed to simplify and accelerate API documentation. Swaggerhub is focused on one API description language — Swagger. Let's walk through the many features of each Swagger component: Swagger Editor, Swagger UI, and Swagger Codegen.

Swagger Editor is a browser-based editor where you can write and edit API documentation and OpenAPI specifications. You can use the Swagger Editor through the browser, download to run locally, or use a host version such as SwaggerHub. Below, we have listed some of the key features of the editor.

Swagger Editor has an editor on the left panel where you would plug in all of your requests and response data. The editor supports YAML or JSON format. On the right panel, you can view the documentation as the end-user will see it.

If you have any errors, the live error report will share the row you need to adjust in order to be compliant with the specifications.

If you prefer not to rewrite each time you have a new GET method, you can use the autocomplete option to build your documentation much faster.

As an open-source tool, Swagger Editor allows others to fully customize documentation to meet their own needs and requirements making it easy to use.

Below is an example view of the Swagger Editor. Take a look around to familiarize yourself with its features. 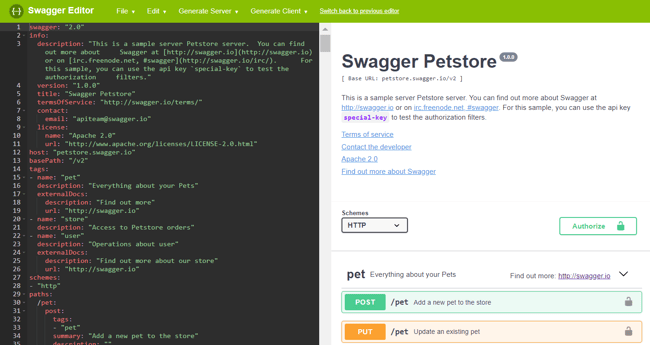 The Swagger Editor makes it convenient for us to design our specifications before we dive into coding. The editor tells us exactly what the API will ask for, what the request will look like, and what response we can expect. This way, we already have a template to follow which can help reduce errors and overall coding time.

Now that we have our documentation created with our editor, we need a way to share it with our users. Swagger UI displays OpenAPI specifications as interactive API documentation. It takes the YAML file and converts it into a user-facing documentation that lets your users try out the API calls directly in the browser. Some key features include:

Swagger UI has a "try it out" button that turns the query parameters into fields. This allows you to make a call against an actual API.

Review the following example of the Swagger UI display: 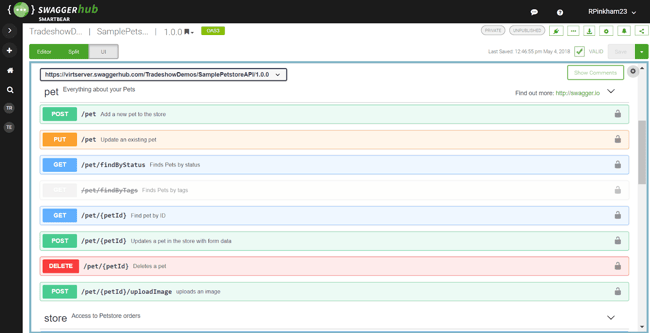 By using Swagger UI to expose our API’s documentation, we can save significant time. It also allows users to effortlessly interact and try out every single operation our API exposes for easy consumption.

So far, we've created interactive API documentation with Swagger Editor and Swagger UI, it is now time to implement the server logic so that our API can go live. Swagger Codegen generates server stubs, client SDKs, and client libraries from an OpenAPI specification. Swagger Codegen has the following features:

Swagger Codegen gives you many choices of servers/frameworks, such as Go server, Java server, Scala server, and Node server. You can choose the server that supports your backend implementation.

You can quickly and easily build client SDKs for APIs in languages such as JavaScript, Java, C#, Swift, etc. A client SDK contains wrapper classes that you can use to call the API from your application without having to deal with HTTP requests and responses.

Below is a screenshot of the Swagger Codegen Github Readme. You can start contributing to the open source project at any time. 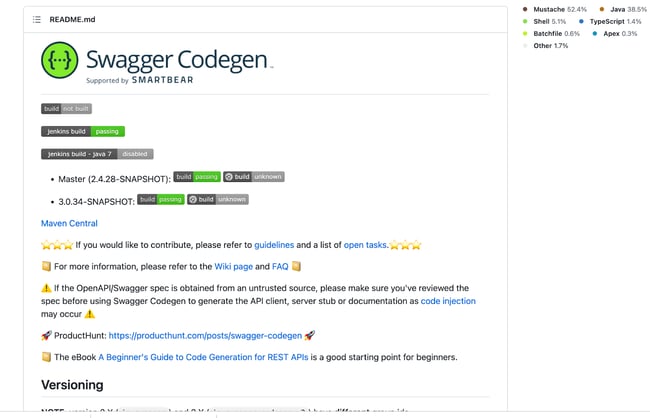 Swagger Codegen simplifies your build process so your team can focus better on your API’s implementation and adoption.

Do you have Swagger?

Swagger lets us create and design REST APIs in an effortless manner. There are many ways API documentation can be written, but luckily we have a standard to follow and tools to ensure that everyone stays on the same page. If you have not yet incorporated a management tool for your API documentation, such as Swagger, you should definitely consider doing so.

Launch your WordPress website with the help of this free guide and checklist.