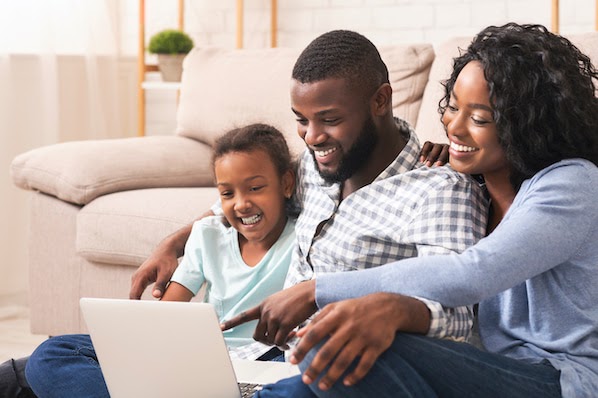 If you’re like me, at some point you’ve looked at the “Subscribe to RSS Feed” icon in a blog sidebar and wondered what that actually meant. Or, maybe you realized you’ve never used the RSS widget on your WordPress website before — what’s it for?

Either way, you’re not alone. RSS feeds are one of those internet relics that, despite its decline in popularity, still brings value to many websites, including WordPress-powered ones. RSS is nothing new. But, if you’ve never used it, RSS can enhance your WordPress blog or business website in ways you might not realize.

In this guide, we’ll learn what RSS feeds can do and why they originally caught on. Then, I’ll explain how WordPress sites can still take advantage of RSS, how you can access your feed, and wrap up with six plugins that help you seamlessly manage your RSS content.

What Is an RSS Feed?

An RSS feed is a web technology that allows individuals to subscribe to and display content updates from websites. RSS was developed to help websites distribute content to subscribers, and RSS stands for Really Simple Syndication.

For example, an RSS feed for a standard blog updates whenever a new post is published. This update contains information about the new post like title, author, a summary of the post, and perhaps a thumbnail image as well.

RSS feeds rose to popularity by allowing readers to easily subscribe to their favorite content websites. Before RSS, people had no way to know instantly when their favorite bloggers and news sources released content. We needed to check each website ourselves for new posts.

Then RSS came along, and readers could suddenly have new articles automatically sent to their inbox, or leverage a software tool called a feed reader to compile RSS feeds from their favorite sites. All preferred content was conveniently directed to one place for quick and easy viewing.

This was all years ago — since then, RSS feeds have fallen out of favor to social media, email newsletters, and aggregators like Reddit and Google News. But, don’t give up on RSS feeds just yet, as they can still benefit WordPress websites.

In addition to its original purpose, content syndication, RSS enables WordPress site owners to place content streams from other sources on their own pages. RSS feeds aren’t limited to blog posts either — they can publish any web-based content, including news articles, tweets, product listings, weather, stock prices, and affiliate links.

This means that you can use RSS to enhance your site with third-party content streams. For instance, you can leverage RSS to display a feed of your authors’ or your company’s social media posts. To add some professionalism to a product site, try importing a feed of relevant product reviews and placing it in a “Reviews” or “Testimonials” area. You can also set up feeds for aggregating relevant content from other sites on your own. If you run a recipes website, you access feeds from other food blogs and link to them on your site.

Where to Find Your WordPress RSS Feed

RSS works by building an XML file after each content update. In many cases, you can view a blog’s RSS feed by pasting /feed at the end of the main URL. Try it on one of your favorite blogs, and you might see something like this:

All WordPress websites publish an RSS feed by default, which updates after you publish a new post. You can view your main RSS feed at:

Don’t worry if what you see looks like a jumbled mess. It’s the job of software to translate this XML code into something readable. WordPress automatically creates RSS feeds for posts, tags, categories, authors, and comments too — you can read more about these in the WordPress documentation.

WordPress has a native RSS widget for placing RSS feeds on pages and posts. However, websites in need of better RSS functionality can install one or more RSS feed plugins. Let’s review six of the best options available from the WordPress plugin marketplace.

WP RSS Aggregator is a leading plugin that aggregates multiple RSS feeds into single displays. Whether you want to compile feeds from your own site or from other sites, this plugin lets you fetch an unlimited number of resources and show them in one place. Feed displays can be placed on any post or page with a shortcode or a Gutenberg block. There’s one free feed template, but it’s customizable.

WP RSS Aggregator is a freemium tool — while the free version is already quite capable, premium extensions can expand on this. With these extensions, you can import RSS feed content into your own WordPress posts, add more premium templates to help your display match your theme, and filter RSS content by keywords.

This plugin also comes in two paid versions that incorporate some or all premium plugin functionality. A single-site plan starts at $59 annually.

Feedzy is an RSS aggregator plugin from ThemeIsle, and another solid option for compiling and publishing RSS feeds on your website. Its offerings are comparable to WP RSS Aggregator — it allows for unlimited RSS feed imports and utilizes shortcodes for placing feed displays.

Unlike its competitor, there are several templates to provide better control over feed layouts. With the free version of the plugin, you can also categorize RSS feeds to combine multiple feeds of different sources.

Feedzy’s paid plans are best for those making heavy use of RSS feeds. The paid version adds more feed templates, customer support, and the ability to import feeds into WordPress posts, to name a few extras. A single-site plan starts at $59 per year.

The Super RSS Reader plugin is a free alternative to the native WordPress RSS widget. With it, you can put multiple RSS feeds in your WordPress sidebar and customize with display options, including an animated news ticker display, tabs to separate feeds, and thumbnails for featured images. Like any widget, your Super RSS feed can be customized with external CSS, or you can pick from any of its color presets.

Super RSS Reader Pro allows you to place a feed display with a shortcode instead of a widget and enables a grid and a column display. A lifetime license is $19 for one site.

It may not have the catchiest name, but the Category Specific RSS Feed Subscription plugin can make your content site more convenient and enjoyable. It lets you place a menu of RSS feed subscription buttons based on tags. This way, readers have the option to subscribe only to the feeds that interest them.

This plugin can be very useful for larger sites with frequent output across different topics, such as news websites. If a user subscribes to the main RSS feed, it’s possible they’re becoming overwhelmed with irrelevant content. With this plugin, they can instead subscribe to posts under the categories of “Politics,” “Sports,” “Arts,” etc.

The original point of RSS was to deliver content that readers wanted — this plugin helps content-heavy WordPress sites accomplish just that.

WordPress RSS Feed Retriever is the self-proclaimed “fastest RSS plugin available for WordPress.” While you may need to verify this claim for yourself, this plugin does provide a lightweight RSS feed aggregator option that holds strong against competitors.

With WordPress RSS Feed Retriever, fetch unlimited RSS feeds and display them in a feed that can be placed anywhere with a shortcode. For each shortcode, there are several parameters to customize your display, including layout and caching settings. There are no paid gimmicks or pro versions — what you see is what you get with this plugin.

The job of the RSS Includes Pages is straightforward — it lets you include both posts and pages in your WordPress site’s RSS feed (as opposed to just posts, the WordPress default). This plugin is lightweight and won’t disrupt your workflow. It’s a basic solution to send more relevant content to your readers, which is especially useful if you use pages for things like announcements.

For an extra $10, this plugin can set your RSS feed to publish only your pages, as well as filter pages and posts by ID, and add custom post types to your RSS feed.

Give RSS a Try

RSS feeds might not be the most relevant web technology today. as most of us have moved on to consuming content in other ways.

However, RSS feeds may still be a valuable, reliable source of extra functionality for your website. Use them to bring content from other sites onto your own, without needing to manually update this stream yourself. You might just see an increase in engagement and conversions as a result.

We Break Down the WordPress Template Hierarchy