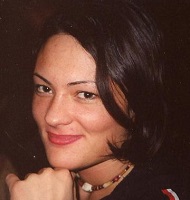 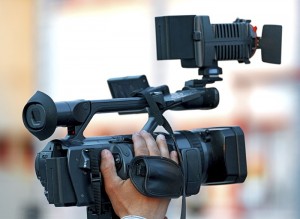 In 2013 video marketing became a mainstream marketing tool. For instance, look at the success of Vine and Netflix or the video developments of Facebook and Instagram. It is also no coincidence that Salar Kamangar, CEO of YouTube was awarded 2013 Media Person of the Year in Cannes.

The growing popularity of smartphones and the rapid development of networks supporting these Internet communications mean, that devices with bandwidth became the perfect platform from which video content can gain ground. According to a report by Nielsen, smartphone ownership rose from 19% in 2009 to 65% in 2013. YouTube reports that it has 1 billion unique visitors every month and that mobile consumption of video has tripled since 2011. The high quality video players that are built into these phones and tablets enable the viewer to enjoy multimedia content wherever they are, at the touch of a button. Because of this, a short, fun and catchy video can dramatically influence consumer decision-making. This is not only an opportunity but also a challenge to marketers who need to optimise content rendering by using responsive designs.

As yet, this method has not been exploited. In light of this, what can we expect from 2014?

1. Never too late to be an agile marketer

Agile marketing will be key in this fast-paced digital world. Responding quickly to trends and news has always been important, but it is becoming ever more so. On top of YouTube, Facebook, Instagram, Vimeo, Vine and many other video platforms there are further emerging ways in which to capitalize on the power of videos. A good example is a company called Movable Ink that announced last year its ability to use video in email marketing for which they see huge potential. Jordan Cohen, VP of marketing, said in an interview that serious growth could be expected in this field for the next few years due to the introduction of HTML5 and the massive popularity of the email clients that support it. Marketers are increasingly expected to create video content instantly, responding in real time to analytics, trends, news events and consumer feedback. No doubt, quick responses will be key, while planning marketing communications months in advance will become more and more obsolete.

Marketers are advised to keep their message short. Because people put increasing value on maximizing their time, they become less tolerant of lengthy texts or long video presentations of products and services. This explains the rise of apps like Vine that allows users to share only short-form video content. Tens of millions of people have been uploading their stories onto it. The huge success of this app is due to the short, fun video format. The same can be said of advertisements.

This said; quality over quantity remains a priority, especially since video advertising has become such an integral part of social media, with a significant increase in the number of videos the user faces every day. Those who provide boring, bad quality material will soon lose favor with followers and quickly be blocked from news feeds.

Creating audio and video content for marketing and PR purposes requires just as much attention as other forms of marketing. By creating thoughtful, provocative and entertaining video that is targeted at your audience, you position your organisation among smart businesses. David Meerman Scott, author and keynote speaker in digital marketing makes the comparison that, just as the trend towards casual clothing has gained ground within the workplace, business videos have begun a transformation from formal to casual. There is now more scope for products and services to be presented through humorous animations for example. Not only do they cost a fraction of the price, they also target a wider audience with their easy-to-digest content. Many marketers at top brands have started recognising and capitalising on this by using short explanatory videos, animations and infographics to show their products to customers. Have a look at how the production company EasyExplainVideo used James Bond to market Sony.

4. The marriage of art and commerce

Interactive videos containing games, surveys and social sharing buttons are sure to gain ground this year. For instance, look at the rave reception the Bob Dylan-video had. In that you can flip through 16 TV channels, featuring people lip-synching the words to the song!

This interactivity can manifest in many ways, such as shopping through the video or tailor-made content where the viewer can alter the video or its storyline before starting it. Interactivity is a creative way of establishing engagement and connection between the viewer and the brand, exceeding the length of the video itself. Another example of mixing art and commerce is the combination of music videos and ads.

5. A revenue source on top of all

Interrupting advertisements and flashing banners are a thing of the past. Content marketing with video is the way forward. Clever marketers such as the ones at Coull realised this. Based on the premise that everyone enjoys videos, they found a way to connect viewers of videos with relevant advertisers through a clickable call-to-action on individual sites such as blogs. Because the ad is relevant to the content of the video, they are adding value to the user experience while keeping the publishers’ sites free of ads. They themselves use explainer videos - such as the one mentioned previously - to inform their site’s visitors about what they have to offer. As blogging has become increasingly influential to participants of the World Wide Web, advertisers and publishers should capitalize on this by embedding videos into their blogs. In this way, video will become a revenue source as well as the main form of multimedia entertainment.

How to Create Video Marketing That Contributes Directly to ROI