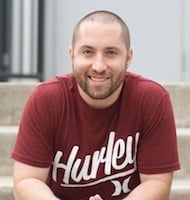 David Anderson is the CEO of Chimaeric, a motion media storytelling firm. His experience ranges from feature film roles as Director of Photography, Post-production Supervisor and Colorist to producing, directing and editing countless commercials and corporate films. Anderson received his Bachelor’s Degree in Communications from William Woods University and is also a graduate of the New York Film Academy at Universal Studios in Los Angeles, CA.

The famous saying "Everyone's a writer" isn't always accurate, especially when it comes to creating a production-ready motion media script. When drafting narration for video, it's important to employ a few key points to help create a script...

Color correction is the manipulation of the saturation, luminance and balance of the red, green and blue values of your recorded image. In the days when everything was shot on film, color choices were needed at the beginning of the producti...

Who Should Come to a Shoot?

Video shoots, whether they be for a broadcast commercial, branded content or even a corporate training video, can be hectic. Makeups artists, directors, producers, key grips, effects artists and more will be there managing the talent, set a...