Retailers latched onto beacon technology, hoping that it would usher in a "retail revival."

The problem is that many brands outside of the retail industry found the barrier to entry too high when Apple's adoption of the technology garnered headlines in 2013. The expense of developing an app that uses location-aware technology was a risk and an unknown.

Two years later, beacons have grown up, and the possibilities are becoming realities as more and more brands are using the technology to create mobile marketing campaigns. In addition, companies such as Aruba Networks and its Meridian product are making integration of location-aware features as easy as using a WYSIWYG editor.

A beacon is wireless sensor that uses Bluetooth Low Energy (BLE) -- also known as Bluetooth Smart -- to transmit data that Bluetooth-enabled smartphones can detect so that an action can be performed, such as sending a notification through an app. BLE has made wide-spread adoption and use of the technology possible as this type of Bluetooth reduces the drain on battery life and allows the signal to go through walls or other physical barriers.

Beacons do not receive information; they only send it, and they can only do so when the person has downloaded an app and enabled notifications. This is partly why Apple adopted beacons over other location-aware technologies -- they are inherently privacy friendly.

Beacons are typically small and inexpensive. Estimote sells a three pack of beacons for $99 or a pack of 10 sticker beacons for the same price. Other providers sell USB-shaped beacons. The technology works with the iPhone 4S and later generations and is compatible with Android devices 4.3 and later, smartwatches, and even Fitbit trackers. Almost 90% of all mobile phones sold today are Bluetooth enabled.

Each beacon has a unique identifier that a Bluetooth-enabled smartphone can detect to determine signal strength and asses how close in proximity a person's device is to the beacon. This is so the system can identify which beacon a person is closest to so it can send the right app notification. If the technology was not precise, app notifications would be irrelevant.

Tracking is not something beacons do on their own, and consumers can opt out of the app storing the person's information.

There is one thing that needs clarification: An iBeacon is not a beacon. It is the Apple term for the software protocols its iPhones, iPads, Watches, and other devices use to scan for Bluetooth devices. It also can be used to describe the user experience of beacon technology. But Apple does have one key feature that has interesting applications: an iPhone, iPad, or iPod can become a iBeacon.

The Business of Wayfinding

Meridian's leap into location-aware technology came about when it was tasked with developing an app for New York’s American Museum of Natural History -- this was when it was still a part of a mobile app development company. The museum needed something that would both provide users with a layout of the building (which spans 570,000 square feet) and show the person’s location within it. Indoor positioning on an iPhone like this had not been done before in 2010.

It installed more than 300 WiFi devices that could triangulate a person’s location so they could see their individual blue dot on the map.

The adoption of BLE and iBeacon would eventually replace the use of WiFi like this, but these advances also expanded the possibilities for developers by creating standard location tools and technology.

Meridian evolved to become a web-based software platform that gives app makers and developers the tools they need to create location features within apps. This includes elements such as turn-by-turn navigation, location awareness, and sending custom messages based on where a person is within a location. It hosts an online AppMaker for the less tech-savvy -- think the ease of use of SquareSpace’s drap-and-drop website design or the interface of a content management system interface such as Wordpress.

This back-end management system gives brands the ability to update their app with changes, such as the closure of a bathroom or elevator. 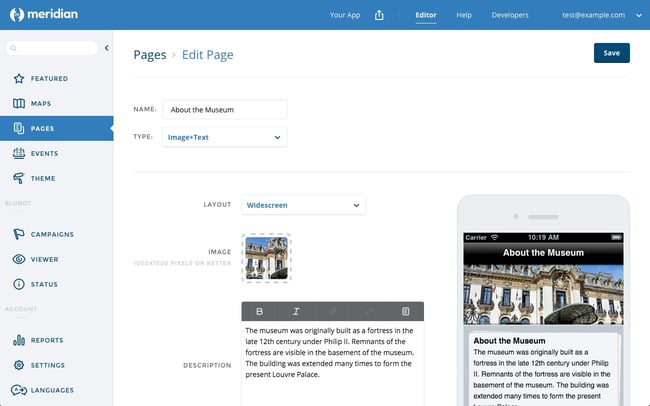 It also licenses a software development kit (SDK) for developers looking to integrate location-awareness and beacon technology into an existing app or one in development.

WiFi infrastructure is important for managing the beacons and for users to actually gain value from receiving beacon-prompted messages. This is why Aruba Networks bought the company in 2013. The company creates enterprise WiFi networks, partnering with corporate campuses (such as Microsoft), schools, hotels, etc., and with the purchase of Meridian, Aruba developed its own beacons and is now inventing ways for brands to engage their visitors in their locations.

Why Do Beacons Matter?

Beacons matter because of context.

We know that the more contextually relevant a message is, the more likely a person is to interact with it.

Brandon Webber wrote: "Where and how we encounter content is equally important as the actual content -- sometimes if not more."

Knowing someone’s location, what their preferences are (because of self-selection in the brand’s app), history with a brand, their favorite colors and styles, the staple products they pick up during every grocery run, their wants, etc., gives us context and the ability to personalize beyond a just a name or age.

Beacons can also help marketers to create an intelligent ecosystem that is neither digital nor physical -- it’s a blur. And this is how consumers act. They don’t pay attention to what channel they are communicating with a brand; they focus on what is being said and how relevant it is.

This should give brands with a strong physical presence hope.

“If you look back at the advent of the web, a lot of cynicism was around this notion of people tethered to their desktop computer on a desk in basement, in their home, and not engaging with the real world anymore,” said Jeff Hardison, director at Aruba Networks.

Mobile marketing paired with location and consumer preferences from app data gives marketers the ability to not only augment but also enhance the physical and digital experience.

Katy Keim wrote: “…beacons, and the underlying technology that makes them tick, have the unique potential to challenge, change, and champion how we will eventually interact with both technology and the ‘real’ world around us.”

Get Out of the Coupon Clipping Mindset

Beacons provide an open playing field of possibilities, but as with most technology innovations, marketers tend to step cautiously, which usually means they use brilliant technology to offer more coupons.

He continued: "The key to using technology in a good way is to have empathy for the human using it. The same goes for beacons."

A study inMarket found that the use of beacon technology results in a 45% interaction rate, compared with a 9% interaction rate with push notifications. The company also learned that if people received more than one notification per shopping trip, app usage dropped 313%.

Using beacon technology to push someone a generic coupon when they enter the store is basically replacing a greeter with a banner ad.

Marketers need to remember the words of Steve Jobs: “You’ve got to start with the customer experience and work backwards to the technology.”

If you start with a business goal and work back from there, the results become less annoying and more helpful, Hardison said.

Some places, such as TJMaxx, are intentionally confusing. The logic is that if the shopper gets lost, he might buy more things.

Take a moment and consider how you would feel as you wander through a hospital campus comprised of 12 disconnected buildings with varying layouts as you attempt to find your child’s doctor’s office. Construction blocks your way in one area, a bridge leads to you to wrong wing of the building, and uninspired hospital decor is little help when trying to find your way back to your point of origin. Combine this with a parent’s exhaustion, stress, and emotional weakness in a case where he has a sick child, and you’ve got a volatile situation.

This is exact problem Boston Children’s Hospital wanted to solve for in when it created an app with Meridian’s software. The hospital campus had been built up during the past 150 years, so the experience of traveling through the campus is like entering one floor in a 18th century mansion and exiting another floor in a Frank Gehry museum. Hospitals are graded on patient satisfaction, so helping people find their way during a trying time is just one way to improve the overall experience for children and their family members.

Clarity can also come in handy in the simplest of situations. Say you adhere to a gluten-free diet, and you download your local grocer’s app. While you are out of town, the store decides to rearrange its products, meaning your favorite products are located in aisle 10 instead of aisle 3. With beacons, the grocer’s app could recognize your entry and alert you to the new location. While this seems small, consider how many sales associate’s time would have been consumed with fielding questions about where all the gluten-free products went.

Hardison also emphasized the idea of using beacons for labor management -- to make the customer experience better and to reserve the resources of the staff. Here's another examples of this idea at work: a customer ordered a shirt and then drove to the store to pick it up. When he enters the store, the manager is alerted and brings the order to the customer who doesn’t have to wait in a long line to retrieve his order.

So how are brands using beacons in interesting and innovative ways today?

These vodka bottles comes with an LED strip that features messages people can customize with an app. It plans to include a feature that will alert the owner when it is time to stock up.

This boutique that changes its entire store layout every four to six weeks used beacons to understand customer behavior and to A/B test merchandise location.

Facebook is installing beacons in specific locations to test its Place Tips, a feature where a brand's Facebook profile information will be delivered to the top of a user's News Feed. 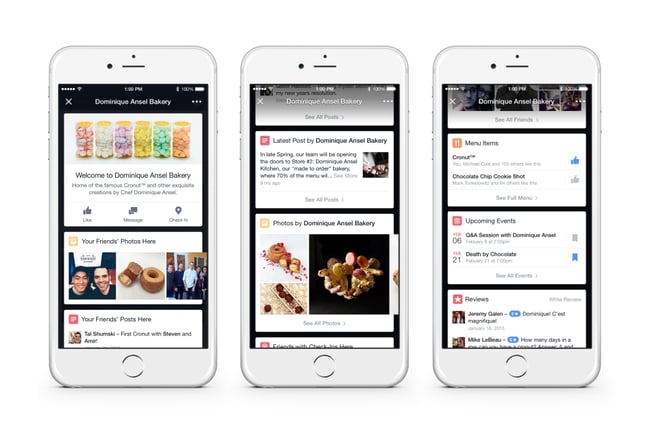 There's no need to fumble around in your purse for your hotel key, and you can even bypass the front desk. The hotel chain is testing letting guests check in from their mobile phones and use these same devices to unlock their room.

Cover allows you to pay for a restaurant bill without hassling with the back and forth of getting the check, giving a card, splitting the bill, and waiting for your card. Beacons are installed in participating restaurant locations, and when a Cover app user walks in, the app sends the person a notification reminding him to pay with Cover. 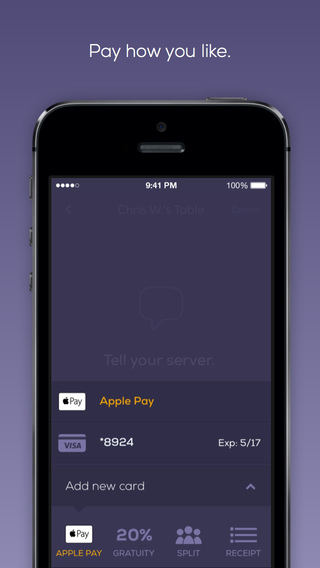 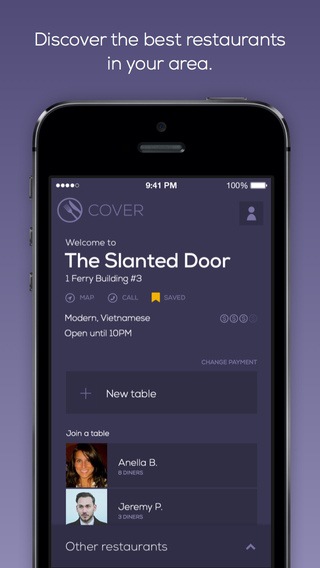 e-commerce, m-commerce, f-commerce, local, group buying, international – consumers today have access to more channels than ever before. Welcome to the world of newcommerce – it's commerce anytime, anyplace and on any device. newcommerce rep...