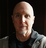 You know my favorite way of being creative? I call it “bumblebee sex.” It’s an effective, efficient, perfectly natural way to think creatively. You’ve seen bumblebees going from flower to flower. They think they’re sampling the buffet of sweet nectars from the garden. The flowers know better. They’re creating.

That’s pretty much how I like to work out a creative challenge. Or better yet, a few challenges at once. At this very moment, I’d guess I’m drafting six or eight articles and blog posts.

Besides being one of the most effective and efficient paths to fresh ideas, and in spite of its seemingly on-again/off-again appearance, this method is also a pretty fast way to find creative solutions. Like my little winged friend in the striped jacket who buzzes from rose to daisy, daisy to mum, I believe in working on this creative challenge, then that one, then another, then back to one of the earlier ones, and so forth. Buzzing around, picking up pollen here, depositing it there... It’s really quite a dynamic way of bringing creativity to your thinking.

I discovered this by both accident and necessity when I was in a professional phase that, ironically, one might think would limit my creativity. When I started my own ad agency, being the president and executive creative director started spreading me thin and pulling me away from the creative part of my job. It was then that I discovered a way to shift my game that actually made me better creatively.

When I would take on a new art director partner, this concept was at first foreign to them. But most realized soon enough that when I buzzed back for a brief creative interlude after half a day away, we’d discover we were both down the road creatively, and that we had a wider variety of ideas than had we gone down one path together.

For me, I had no choice but to float from this executive task to that creative challenge, my equivalent of different flowers. Instead of hammering away at the problem for, say, five straight hours, after two hours (an accumulation of a few minutes here and there over, say, a day’s time), the team was usually able to make great progress. We had lots of ideas. Some we arrived at together. Some we arrived at separately. Some we found separately together, if you know what I mean.

Think about it, we all do this to one degree or another. It’s what we’re doing when we’re not applying direct creative energy to a problem. But do we do it consciously? Do we make it a part of our creative process?

This way of thinking doesn’t cost a nickel and it doesn’t take much time. Actually, it usually saves tons of time. Plant your creative topic on your mind’s back burner, then go do something else. Your subconscious mind is always working on it even when you’re not aware of it. That’s what accounts for those ideas you get seemingly out of nowhere. You do do this. But, again, do you do it consciously and consistently as part of your creative routine? Why not?

Fresh ideas don’t come from the same place as logically deduced ideas. Thinking through a creative problem directly in real time is rarely the best way to find a truly original solution. But in this ultra busy, get-it-done-now business world, we often have little choice. I suggest you try picking up a little pollen from this challenge and go place it on that one. Do the rounds in your idea garden, and see what blossoms.