Earn It, Don’t Buy It: A Post-Facebook World? 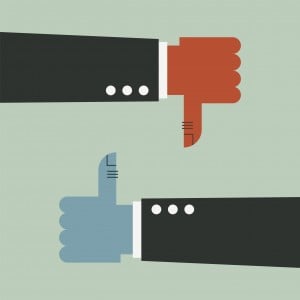 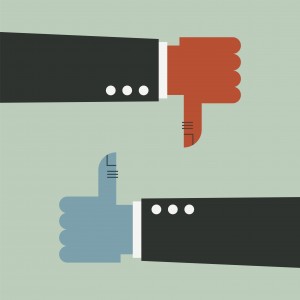 It’s been a great run, having your Facebook strategy roughly equate with your social media marketing strategy. The cocktail party of social media has, up until now, been a Facebook bash. That party is definitely not over, but if you look carefully you’ll see that some of the cool people are getting their coats and saying their goodbyes. Will you be able to catch up to them once they’re gone?

Think back to 2009 through 2011. Those were the days when marketers could reach every demographic on Facebook. Before that, companies felt they couldn’t reach their target audience because everyone on Facebook was too young. Then the older generations adopted it, and there was that glorious period where everybody was on Facebook. We’ve just gotten used to that, and now the kids are taking off again.

This isn’t just my speculation. Facebook itself sees the writing on the “Wall.” In an SEC filing in February 2013, the company warned about the potential threat to their business:

What we’re seeing is the beginning of a significant change in the ways in which younger people use Facebook. It’s not a complete exodus. They’re still on the service, they still have an account, but they don’t use it as frequently as they once did. Many view it as a social burden, and an occasional way to communicate with a larger audience, including “old people.”

Facebook is still the must-have social network. It’s handy and dependable, but it’s not cutting-edge, exciting or new. Young people will maintain their accounts, but they won’t spend much time there.

There is no need to panic just yet, though. Even though young people and teens are using other services that they think are cooler, including Twitter, Facebook’s numbers are still massive. With their billion active users around the globe, no web property has more active users than Facebook. But signs that usage is abating are both growing and troubling.

When I asked my own 15-year-old daughter if she’d seen a picture I’d posted on Facebook, her response was telling. “Dad, I almost never go on Facebook anymore.” Later, I noticed she’d logged in and thrown me a gratuitous “like” — a very modern manifestation of the classic teen, “You’re not cool” sentiment that’s as old as time.

Where are the young social media users going? They are going to Instagram, Tumblr, Snapchat, Kik, and seventeen other applications that hadn’t even been coded yet when this book was at the printer.

And, of course, young users are also turning to Twitter. After stagnating for a long time, Twitter is actually doing really well. By some measurements it was the fastest growing social network of 2012. Teens fueled that growth when in 2011 12 percent of teens reported using Twitter. In 2012 that number skyrocketed to 26 percent.

I find this demographic swing fascinating, since Facebook started as a young social network (college only initially) and has gotten progressively older demographically.

Twitter on the other hand was adopted first by older tech nerds — the 30-somethings were there first. Since then, it’s drawn a younger and younger crowd of users.

Why the switch? There are two reasons this fundamental change is upon us. First, Facebook is a victim of its own success. They encouraged us to grow our “social graph.” Today users’ friend networks have grown too big. The typical teen has 300 Facebook friends, despite the fact that their accounts are set to private. Seventy percent of them are Facebook

This makes for a network too large to have privacy (regardless of settings) and too large to allow users to say what really think. Like many of us, teens have realized that they have to be careful on Facebook. In fact, 57 percent of teens say they’ve decided not to post something online because of potential damage to their reputation, which means that they’re looking for other places to communicate in a more exclusive manner.

Pew research supports this. They found that teens with a large number of Facebook friends are also the ones most likely to want to use another social network.

The second reason for the demographic switch is that Twitter, Snapchat and Kik are all very, very fast. The flow of updates is constant, while Facebook has changed their algorithm and slowed down the stream to the point where it doesn’t appease a generation that’s grown used to firing off text messages in rapid-fire succession. Because they’ve grown up in a digital, multi-tasking world, hitting refresh on Facebook to find no new updates is frustrating.

Other tools gaining in popularity are much more dynamic as well. One of the benefits of Snapchat is that, after opening the message, the recipient has up to 10 seconds to read it before it disappears. The message just sort of explodes and thus has kids interested. Usage is three times higher for people under 18 than it is for people 19 to 25.

Don’t think it’s just the 13 to 18 year old age group looking around saying, “Facebook is a little less interesting to me now.” Tumblr, for example, is much more popular among the 19-to-30-year-old age group. A majority of all Facebook users (61 percent) have said they’ve taken a break from Facebook. About one-third of Facebook users report that they’re spending less time on the site than they were spending just a year ago. There’s no reason to think those trends won’t accelerate as people discover other services.

In a lot of ways, Facebook inflicted this user fatigue upon themselves. User migration to other sites correlates with both the slowing of the news feed and with Facebook’s rise in advertising revenue.

Advertisements were originally placed on the right hand rail of users’ homepage and now they’re directly in the news feed. When I read an update posted by a friend, the next one I see is product or brand placement. There’s a message from a friend of mine, then some overt ad copy. It’s frustrating, and it’s taking up a lot of real estate that could otherwise be a message from a friend.

In addition, when Facebook tightened their algorithm in the fall of 2012, they were trying to show users content that was the most relevant to them based on something called Edgerank. Edgerank is based on three things: recency, affinity, and edgeweight.

The result of relying on Edgerank is that Facebook’s feed becomes tailored to the actions of its users based on their past history with the site. But ultimately this effort to specify content means that users are seeing less and less new content and more of what Facebook decides it users will like. Some users, not unlike people who order the same thing at the same restaurant every time they visit, welcome that sort of customization. But many more of us like to look at the menu first.

Just as the “like” failed to drive advertising success, Edgerank is struggling to figure out what we really care about.

Facebook’s algorithm ends up presenting a less dynamic experience than, say, Twitter, which streams each tweet in real time. Twitter can be random and unexpected, and there’s a certain appeal to that.

So, while Facebook does everything they can do to be the center of your digital life, the experience is showing signs of creaking. As social media marketers, we need to recognize this and engage our fans and prospects across a wider array of social sites. The post-Facebook world is a far more segmented one and finding your best customers and prospects is likely to be increasingly complex. Solving that, however, is not as much a platform question as an audience question. The data is out there. Where your brand is going to need to be on social media depends on what your product is and who you want to reach.

I wanted to raise the Facebook problem, but I don’t want to overstate it. Unquestionably, Facebook is still the dominant player, and it has huge numbers. Take a look at what happened to MySpace. For more than a year after everyone proclaimed that MySpace was dead, its monthly traffic was still three times that of Twitter. It takes a long time for a social network to die, and should Facebook die, it will take years for it to disappear from public consciousness.

What’s next? To replace Facebook we would need another sort of central social network for everyone. I think that Facebook has that position cemented for a long, long time, in part because the value of a given social network is its reach in a particular audience. Facebook will gradually lose that reach, first by slowing user frequency (instead of checking 20 times a day people will gradually check only twice) and later by lost users. While my eldest daughter is down to checking Facebook only once a week or so, she maintains the account.

Today, more than half of Facebook’s users visit every day, and that’s going to begin to fall off. I used to visit the site maybe 25 times a day, which is not uncommon, but the number of people doing that will decrease. I’m already down to around 10 times a day, and I use it for work. Absent some change on Facebook’s part, that trend is going to be moving very quickly. Facebook will be increasingly less central to people’s lives, starting with young people and moving older as other opportunities for expression in other social formats become available.

As we search to replace these “eyeballs,” as we move from platform to platform to engage the people who do care about our product, we’re going to need to take a very audience-centric approach to marketing. The danger of overreliance on paid promotion is that we will end up chasing people around the web. As each platform monetizes, the audience scurries away and goes to the next.

To have long-term success, we need to figure out what we represent as a brand. The medium is not the message. The message is the message.

This is a modified excerpt from "Earn It, Don't Buy It: The CMO's Guide to Social Media Marketing in a Post Facebook World."