The Future of Mobile Marketing? It's All About the Social Messaging App 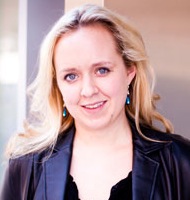 For most marketers, social media messagings apps are something fun to waste time with and chat with their friends. But let’s get real: They are much more valuable than that. These are media apps that enable personal communication within groups -- like small social networks. And they are only growing in popularity as more people become tired of Facebook's and Twitter's constant stream of unrelated and irrelevant updates.

The Effect of Messaging Apps on the Ad Industry

The overall impact that apps like Snapchat, Whatsapp, Live, Kik and similar services have on the way people communicate, connect, and interact is all too real. And that’s something that agency types can learn from in many different ways. It starts with using the apps themselves as a focus group, educational tool, and general source of learning about your audience, but it can be expanded much further than that with advertising opportunities and the ability to reach your target market where they communicate online.

After all, social media apps are a direct connection to your consumers via their smartphones, which they likely have on them or nearby at all times. And that’s what allows for social media messaging apps to lend advertisers unique insights and access into their customers’ hearts and minds.

The Difference Between Social Messaging Apps and Social Media

What’s perhaps the most important you can learn from the aforementioned market research is to discover and explore the apps that your customers use on a regular basis. But you must keep in mind the fact that these apps are primarily a fun social tool -- people use these to chat with their friends and send pictures and videos.

Furthermore, it is not enough to know which apps they prefer. You need to know how, where, and when they use them. For instance, many users are likely to access apps and message their friends during their standard downtime, e.g., during their commute, while they are running errands, or during a boring Friday afternoon where people are looking for a distraction.

That’s when you can get a direct line into their brains that could ultimately lead to a conversion or any other kind of desirable engagement. Reach them where they are already open to interaction (and potentially looking for a distraction), and you are much more likely to create a successful environment for engagement. And isn’t that what anyone who is reading this is actually looking for?

All you need to do is mine the readily and freely available data to discover what people are talking about and sharing in real time. Start by setting up the appropriate tracking with your social media monitoring software (you do have that, right?) and continue on from there.

The ability to use social media messaging apps as your tool to explore your target audience’s world is invaluable, since this is perhaps the most personal and exclusive way they interact with others. Remember that someone’s personal social media that they use via their smartphone is probably the most revealing aspect of their digital lives, and it is the one they are most connected to on a regular basis.

You can reach current and prospective customers in desired locations in a very specific and targeted way as many social messaging apps have GPS enabled, allowing marketers to send messages based on a user’s current location. For example: You could send texts about daily deals or sales if someone was near your brick and mortar location.

What’s more, different apps are popular in different countries, so know your audience and which apps they tend to prefer -- IPG Lab’s social messaging app study is a great resource for getting started.

Choose Your App(s) of Choice Based on Features

Speaking of features, not all social messaging apps are created equal. Think about the features that will make an impact on your users and make sense for the brand(s) or company you are marketing.

Social Messaging Means Your Audience Is Opting In to Your Brand

Keep in mind that social media messaging apps are a push tactic, meaning that you’re actively forcing messages on your audience, as a opposed to pulling customers in via search or similar means. Tailor your messaging to be more interactive -- invite users into a conversation. Everything needs to be about enhancing their current conversations and making their digital lives more interesting.

Overall, there’s no denying the fact that social messaging will continue to make a big impact on the marketing world in 2015. So if your brand isn't already chatting, you may be behind the times.

How do you plan to use social media messaging in 2015?

Do You Understand the Social Millennial?

How to Turn Your Employees Into Social Ambassadors for Your Brand