How to Create a Great, Non-Viral Campaign

Anytime I am in a meeting and someone asks, “What can we do to make this go viral?” or anything of the nature, my eyes roll, my stomach turns and the marketing gods turn their gold-plated radio dials to something else. 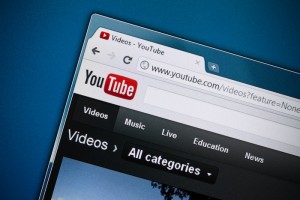 The goal of any campaign cannot be to become a viral hit. If you want that, do something amazing and it can happen — organically. Instead, the best campaigns are the ones that have legs, duration, a story and passion behind them.

In our digitally connected world, consumers can see right through the fluff. And if you still aren’t remotely agreeing with me, just look at what Eric Schmidt, senior manager of marketing strategy and insights at Coca-Cola, said in a recent Advertising Age article, “We didn’t see any statistically significant relationship between our buzz and our short-term sales.”

The verdict is still out on long-term sales, but perhaps now we can start to focus on long-term campaigns and strategy and less on the flash-magic of viral and “buzz.”

If you’re with me on not focusing on viral campaigns, keep reading to understand the three components of a truly great campaign.

So your YouTube video got 5 million views … so what? My question then is: What comes next? This is where Oreo has it figured out. Right after completing its 100th anniversary celebration in 2012, it immediately created a campaign to launch its Instagram account with the “Cookies or Creme” debate. That isn’t viral; that is understanding the goals of the company, the market and bringing a real conversation to life in a naturally fun and creative way.

Remember Harlem Shake? It, just like Gangnam Style, became a YouTube sensation, and everyone — brands included — made their own videos. The NBA Champion Miami Heat team did. Sure, it currently has 41 million views, but how does this fit into their branding, story, or the narrative they want to be communicating? They are the defending champions on a historic winning streak — they needn’t make a viral video. Stick to what works and focus on the long term.

The thing about a viral campaign is that at its core, it is built as a one-hit-wonder. Do I need to list out the one-hit-wonder campaigns and musicians and writers? Again, I refer to what Schmidt said about the short-term value of buzz: no significant relationship.

Back in 2011, I worked at Vaynermedia, which built itself on a concept of 100 percent engagement. Some companies I’ve met with since have scoffed at that, but as a consumer myself, engagement matters. I now spend my time at Affinitive (under Project: WorldWide) and down the street is a coffee shop that is currently under construction. I posted to their Facebook wall asking when it would be opening. No answer. That is a missed opportunity. It’s not viral, and it’s not going to amount to a significant ROI. But I asked a question, and there is value in a company entering into that engagement.

And the numbers don’t lie: Bain & Company reports that loyal social media fans are likely to spend 40 percent more compared to normal customers. The Social Skinny reported if a brand delivers great customer service through social media, customers increase their spending by 21 percent. A long-term social marketing strategy has to focus on engagement.

Again, think about Oreo over the past 18 months. The cookie has been around since 1912, and throughout 2012 they celebrated their 100th birthday. But that wasn’t a viral campaign, just a super-creative one, and it connected with virtually all of their markets. The only thing that Oreo did in the last 18 months that went “viral” was their tweet during the Super Bowl Blackout.

Power out? No problem. twitter.com/Oreo/status/29…

What Oreo has proved is that you can be creative without focusing on being a viral hit. Longevity wins.

Sure, something that goes viral typically is a good thing. Chick-fil-A would say that viral can be bad — very bad. But in the end, creating strategic social initiatives that focus on engagement and natural creativity will always win.