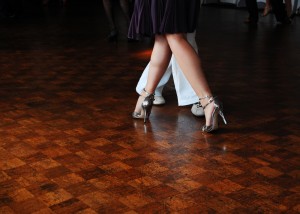 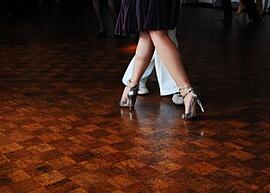 In the media industry today, there’s no shortage of buzzwords: millennial, big data and content curation. These are all phrases you can tweet and blog about or nod your head in understanding when someone uses them at an industry conference. But, the problem with buzzwords is that in the race to attach a catchy name to the latest trend — and start using it incessantly — there’s often no way to know if it’s actually being used correctly.

Without a doubt, one of the most talked about buzzwords today is “native,” as in “native advertising.” Coincidentally, it’s also one of the most elusive. The true definition of what is native is the topic of much debate and speculation in the industry. Each time it’s mentioned, it seems to be referencing something entirely different. Type “native advertising” into Google or Bing, and you’ll be bombarded with a barrage of loosely constructed definitions of the term.

One point of view is that native refers to the method of Web advertising where the advertiser tries to win the viewer’s attention by providing content in the context of the user’s experience in the way an advertorial would.

A different understanding of native advertising is that it’s something consumers read and interact with as if it’s a part of the content itself. Consider the numerous ads that go into fashion magazines. Readers interpret these ads in the same way they would an editorial piece in the same publication.

Yet another take on native is that it’s used in a transposable manner with other non-disruptive forms of advertising, such as branded content, and that it’s often limited to a single platform that users can share across social media.

While many industry experts struggle to put their finger on native pop culture websites, BuzzFeed seems to have a firm handle on it. In fact, it’s so confident in “The BuzzFeed Way” that they’ve started a program to train agencies in its brand of storytelling through native ads.

In May, BuzzFeed ran a piece of content called “15 Reasons Why Cats Are The Most Fearless Creatures,” featuring GIFs of felines behaving bravely — exactly the type of light, entertaining fare the site serves up every day. Beneath the headline, the text reads: “Cats don’t mess around, that’s for sure. Check out these fearless kitties and get the best toys and food for your special pet at Target.”

A link to coupons for cat products on Target.com was beneath the text. Below that was the Target logo with the words, “Target, BuzzFeed Partner.” In this case, native serves to create a positive association between a well-known brand and some feel-good content — a feat they might have had a hard time achieving through traditional digital ads.

TBS’s “Conan” is an incredible example of native advertising beyond the digital space. In a recent interview at Cannes, Conan O’Brien commented that his show is willing to turn away advertisers whose interpretations of native don’t mesh with the tone of his show.

“Sometimes we deal with advertisers, and they get it,” he said. “They know that if we can incorporate them in a way that lets me be myself — great. If sometime during the integration I have to pick up some Doritos and say, “they sure are crunchy and delicious! Mmmm, very satisfying!” and not acknowledge it, it’s creepy. It doesn’t feel right, and we have to say no.”

Conan’s recent take on native includes a guest appearance by Will Ferrell in costume and character as Ron Burgundy. He plays his flute with the house band before officially announcing the upcoming sequel to “Anchorman.”

Based on some of the best-in-class examples outlined above, it’s clear that the execution of native is far more important than the definition itself. The conversations about how to place advertising “natively” should start early in the buying process — before the ad content is created — rather than shoehorning canned ads on platforms where they don’t quite fit.

The relationship between the brand, agency and publisher must be a collaborative partnership with the goal of making the best native content for both sides. Otherwise, how can it ever be truly native?