Men in Advertising: This Conference is For You.

Yes, the 3% Conference is a conference about women. But, there’s another group of agency professionals who have a ton to gain by attending — men.

The agenda for this first-time event is all about the business imperative of having more women serving as creative directors. Any man with a vested interest in his agency’s bottom line – agency owners, recruiters, ECDs and CEOs – will come away with a new perspective on why the shortage of female talent persists and how his agency can create a very real competitive advantage by attracting and retaining more women. 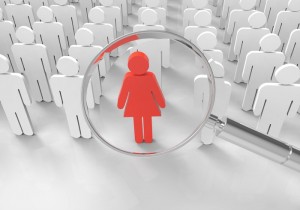 The high cost of living in a 3 percent world

The writing has been on the wall for years now. Female consumers influence the lion’s share of spending decisions for virtually every category in the marketplace, including automotive, tech and financial services. Yet advertising leaves them cold. According to a recent Greenfield Online Study, more than 90 percent of women surveyed feel marketers don’t understand them. The humor is off. Or the central truth of the campaign isn’t persuasive. Worse still, sometimes the campaign is downright insulting to the very consumers it is meant to motivate. With millions of dollars on the line, clients who entrust campaigns to agencies without diversity are taking a huge gamble. It’s not that men can’t market to women or that women automatically can. But a world with a 97 percent skew towards men — the reality of creative directorships today — represents groupthink. And as anyone who has studied environments where creativity flourishes knows, homogeneity is the enemy.

So why don’t more agencies staff with diversity?

Many well-intentioned agencies simply can’t find the talent. Portfolio schools report equal numbers of male and female graduates, yet women thin from the ranks as the job demands become ever more unyielding. Motherhood is the single biggest factor contributing to the exodus of women from creative departments. Other factors include a lack of mentorship, gender bias of award shows and an outdated model that prizes late nights and crazy turnaround times over work that’s crafted for female appeal that translates to sales.

What needs to change?

Agencies need to rethink how work gets done, how quickly and where. Rather than celebrating those with bragging rights for pulling all-nighters at the office, agencies need to evaluate dedication through a different lens. How persuasive is the work? And not just to the team of guys at the agencies and on the client side, but to the end consumer who, in all likelihood, is female. Agencies that succeed become heroes to clients in a world of shrinking returns, giving them a competitive edge in growing current client relationships and pitching new ones.

How The 3% Conference aims to shake things up

So men, I invite you to join us September 27 in San Francisco. It promises to be a historic day and the beginning of long-overdue national conversation. Come add your voice.