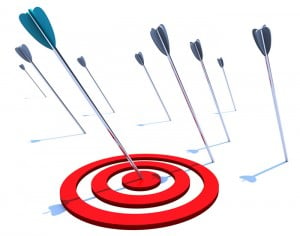 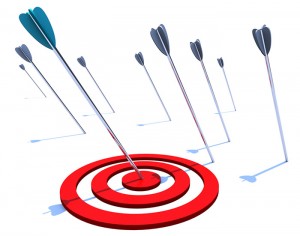 The marketing and advertising world is full of lore. The stories take on a life of their own with many of these tales revolving around famous campaigns. DDB’s political ad, "Daisy," is given credit for helping Lyndon B. Johnson defeat Barry Goldwater. It also landed Maxwell Dane, a partner in the agency, a spot on the infamous “Nixon's Enemies List.” The “I Love New York” effort has many claiming authorship.

The accepted theory is that Milton Glaser creatively borrowed and built upon the idea of a Montreal radio station. It turns out that CJAD Montreal’s campaign, titled "Montreal, the city with a heart," was of great influence. Mary Wells of Wells Rich Greene also lays claim to this 40-year-old, highly successful example of advertising-turned-pop-culture icon.

A few years back while working at Interbrand, I heard a story about Peter Arnell of the Arnell Group. Both businesses were a part of Omnicom. Peter was a noted character and larger than life. In fact, he was quite large in stature and took it upon himself later to lose a significant amount of weight. He was also known to be an exceedingly tough boss, but most agree he possesses a brilliance that shines in the positioning of products and services.

This particular story involved a prospective pet food client who was bemoaning the lack of growth in their industry. They presented Peter with undeniable evidence that pet food was a stagnant market. They could at best hope to steal a couple of points from aggressive competitors. Peter’s eyes may have glazed over the pie charts and bar graphs. At this point, he is said to have made a dramatic pronouncement along the lines of, “I know how to double your market and revenue.”

This caused the finance and marketing people from the pet food company to blink from a lack of comprehension. Equally dramatic was the pause Peter took before explaining his bold claim. He walked to a flipchart or whiteboard (the device varies based on who is telling the story). On it, he drew a dog food bowl: “This is your market right now, and it is tapped out.” Next to the first bowl he drew another: “Next to every pet food bowl, there is a water bowl. This is where you need to invest. You can own the pet water market.”

I love that story for many reasons, but mostly because it shows we can become myopic to both our markets and our products. The very definition of the industry we compete in can constrain our thinking and creativity. Michael Porter of Porter’s Five Forces Analysis acknowledged that his widely accepted model for defining one’s competitive space was limiting. Upon reflection he admitted, “Definition of one’s industry is not the same definition of where the firm wants to compete.” I would also add: where the firm needs to compete.

One of my current projects involves a new retail concept focusing on barbecues and barbecuing. There exists a rich culture associated with grilling food, and at first glance, the market is well served. You can buy barbecues and related accessories in Wal-Mart, Lowes, Home Depot and other big-box stores. There are specialty retailers that have advanced the barbecuing cause with a laser-beam focus on this specific form of cooking.

However, the business is risky because margins are thin on barbecues themselves, with seasonality being a significant factor. Barbecues are lost leaders for the giant retailers, and most of the specialty stores have added fireplaces along with deck and lawn furniture to help make the cash registers ring. Still there is an amazing opportunity to develop a winning franchise in this space, and I am working to make it reality.

The Economist covered America’s love of barbecuing, saying, “It is a noun, not a verb. And it is not a meal so much as a meditative process, perched somewhere between science and art, dependent on reserves of judgment.” This description makes it sound closer to yoga or a religious experience, which is exactly what makes the category so desirable. Passionate consumers are highly attractive. Yet currently, players in the industry have missed a key insight that could improve their fortunes. The concept I am working on intends to leverage this opportunity and many others.

The insight is this: Barbecuing is overwhelmingly characterized as a manly pursuit. Tailgate parties, hovering around sizzling burgers and steaks, ridiculously large cuts of meat, arguments over the benefits of charcoal versus wood versus gas and so on — all of these images and activities scream “men.”

Increasingly, we are a food-obsessed society. The source, quality and preparation of our food are daily discussions and decisions. As part of this, barbecuing is a social activity and arguably a healthy form of cooking. Yet, lost in all of this is the barbecue industry’s lack of focus or even interest in women. The reason why they have not engaged half the population lies in their degree of myopia. The new barbecue concept store will attempt to right this wrong and many others that have been reinforced over time.

Getting back to Peter Arnell and pet water: The long and short of his idea is brilliantly absurd. Brilliant because it is simple and compelling; absurd because would anyone really buy bottled water for his or her pet? Certainly, the pet water market would never come close to rivaling pet food. However, since Peter made the suggestion, some companies have sprung up offering fortified and vitamin-enriched waters largely for dogs. One company’s pet water product states that it acts as a “hydrating agent, antioxidant and detoxifier.”

The idea is not as crazy as one may think given that Americans spent $52 billion on their pets in 2012. According to Derek Thompson via The Atlantic, that is more than humans spend on coffee and bottled water combined. The point is not really about dog water but rather never allowing ourselves to be complacent or so set in our ways that we miss a viable market. In the case of the barbecue industry, it is ignoring the fact that, according to MRI’s Survey of the American Consumer, 74.9 percent of women identify themselves as the primary shoppers for their households. And even though men are doing more grocery shopping, women still dominate the activity and make 70 percent of the food decisions.

Despite these facts, a commercial for Kingsford Charcoal reinforced the grilling stereotype. Meghan Casserly of Forbes writes, “In it, during a barbecue, when a woman pours charcoal into the grill and is spotted by her husband, he is instantly upset and stops her. ‘What would happen if I just walked into the kitchen and started making a salad?’ he asks. His thoughtful wife’s response? ‘That would be weird.’”

The “women cook, men grill” attitude and market assumption is ripe for the breaking. Now think about your industry and market. What has become so engrained that it is now an unquestioned absolute? When you find one, confront it and tear it apart. I am confident you will discover something that will dramatically influence your business for the better.