POV: Interview with David Catalano of Modea and Kelly Eidson of Moveline

Welcome to The Agency Post. Tell us about yourselves.

David Catalano, president and co-founder of Modea: I am an entrepreneur to the core. My business partner Aaron Herrington and I started Modea in 2006 because we shared a vision for transforming how brands and consumers interact with each other. I am particularly interested in the application of technology to creativity and oversee those areas at the agency on a daily basis. 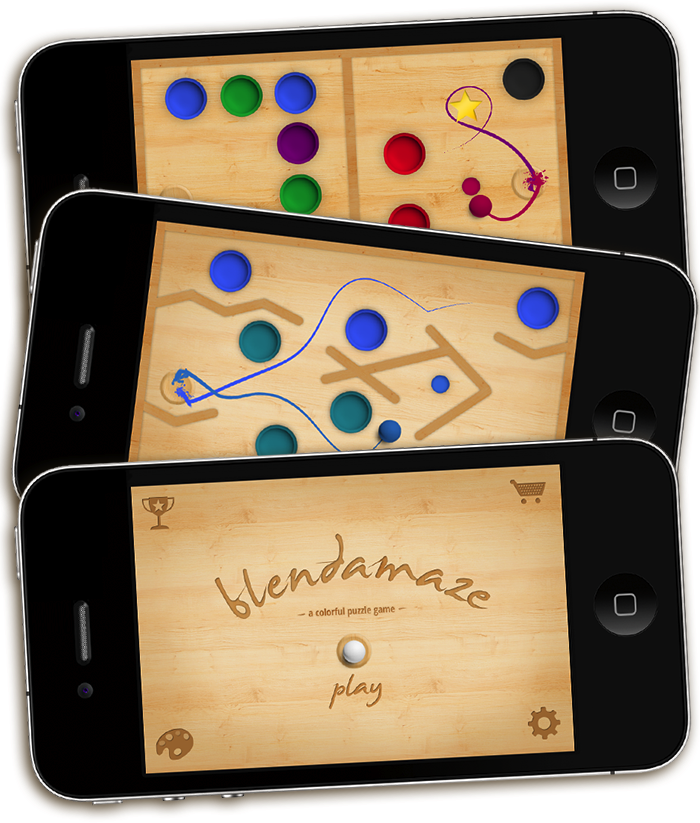 Kelly Eidson, co-founder and head of product and marketing at Moveline: I grew up wanting to work in advertising and moved to Blacksburg, Va., in 2009 to work at Modea as a strategic planner. My first account was Moveline, which was the brainchild of a moving company renegade in Roanoke, Va., that hired Modea to build a platform for movers to exchange shipments with each other. After building that application and getting to know the moving industry, we realized that the true opportunity to disrupt the category was to create an open marketplace and consumer brand, much like what Travelocity and Kayak did for travel.

I led the project for a little more than two years while at Modea. I left the agency to establish Moveline as an independent company at the end of 2011. Today, I run product development, design and marketing while also leading the company with my co-founder, Fred Cook. David introduced us.

Tell us about Modea and its inception. How does it differentiate itself from other agencies?

Modea stands out in the market because we’re a tech company wrapped in an agency. We create platforms and standalone products but also offer long-term strategic partnerships to our clients. We are partners with a deep understanding of the dynamics of brand, business, the consumer and the capacity technology has to create opportunity and competitive advantage.

We have chosen to base Modea out of Blacksburg, Va., because it’s a great place to live, work and play. We have access to fantastic talent out of Virginia Tech and its alumni. Our success in recruiting people out of big shops in big metros is due to the fact that we can offer a better quality of life, a better place to raise a family, a dynamic culture and an agency that is trying to shape the future of marketing and advertising.

Modea seems to act as a type of incubator, developing products and services and then transitioning agency employees to run the ventures. Tell us about this type of structure and why you decided to implement it?

Our agency has been very enterprising since its inception. Over the years, we’ve had a good number of employees either leave to pursue their own ventures or make the transition to mature startups like Twitter and Kickstarter. Our pioneering outlook is a product of our drive to embrace new technology and harness our in-house capabilities to design, develop and market products. Eventually, we match these newfound opportunities with pre-selected entrepreneurial employees whom we have groomed for success.

What startups and ventures have launched as a result of this environment (no more than three)?

The most prominent venture to date is Moveline, a company that is redesigning the moving industry for the digital age. They’ve built web and mobile applications that help consumers who are moving get organized, compare prices and hire movers they can trust. By bringing transparency to this market, they’re shifting the power structure and putting customers in control of their moving decisions. Led by Kelly (a former Modean) and Frederick Cook, Moveline was a breakout graduate of the elite TechStars NYC accelerator program this past summer. They are expanding quickly after raising $1.5 million from prominent investors, including Chris Sacca and David Cohen. They just announced nationwide availability this week.

Nathan Dicken, a long-time Modea employee and former Head of R&D, decided to take an iOS game he had been working on full time at Modea and spin it off in 2012. Blendamaze is a 100-plus level puzzle game for iOS devices that teaches kids of all ages about color theory and problem solving using paint and a classic marble labyrinth board. Blendamaze is just the first game in the works for Nathan’s new company, BorderLeap Games, and will launch soon on all mobile platforms. 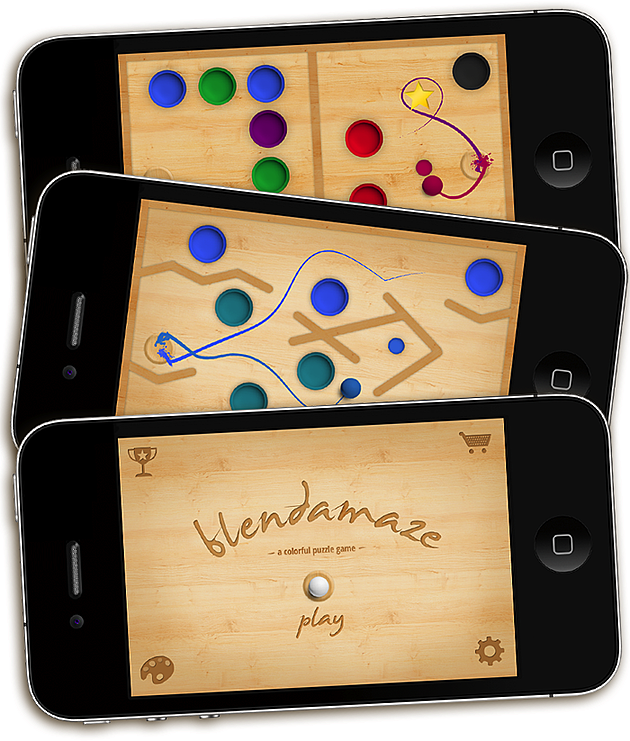 What skills and attitudes do you work to instill in your staff as a result of these entrepreneurial pursuits? What do you think other agencies could learn from this?

We believe that just because you operate under a service-based model doesn’t mean you cannot harness the talent of your team to produce enterprise value through the creation of new products and services. Modea will generate 40 percent of its revenue in 2013 from products it has developed. This isn’t activity you would typically think of in a digital ad agency.

Talent retention and attraction is a continuing problem in agencies. Why do you think this is?

Most shops fail to embrace the concept of a meritocracy. Anyone at Modea, regardless of status or tenure, has the opportunity to make a significant mark and subsequently be rewarded for it.

When people feel that the only way they can move up is to go somewhere else, it creates churn. This also leads to people being promoted to a level of incompetency, which compounds the churn.

In your opinion, what strategies could help to abate the 18-month talent jump cycle?

We’ve found success through personalized growth plans for every employee combined with very honest and sometimes blunt feedback where gaps are found. At Modea, we have an open discussion around the concept that both the employee and the agency are on a journey. While our paths align, it forms a mutually beneficial relationship. When that path begins to diverge, we recognize and discuss it. Divergent paths may mean the person will leave, but it more often means she is reassigned to a different part of the agency or to another account that better suits both her goals as well as our needs. For example, we’ve had a strategic planner turn into a UX designer and a young interactive designer go to the accounts team and then back again.

What skills are in most demand at Modea? How are you working to train your staff to be the digital/hybrid/data experts needed to create successful campaigns in the 21st century?

The continuous evolution and adoption of new technology, networks and communication in our daily lives is staggering. First and foremost, we want people who are smart and curious life-long leaders who have an eternal desire to know what’s next. We want people who investigate new opportunities and work hard to connect the dots between the application of a new technology and its impact on the consumers of the brands we work with. Our clients look to us to help drive innovation in their businesses. Therefore, we need people who are unafraid to challenge conventional thinking. We are always looking for creatives, designers, UX professionals, strategists and developers who take a user-centered approach to problem solving and can get their heads around building long-term platforms for clients instead of just short-run campaigns.

What trends in marketing/advertising do you find most interesting/exciting?

I’m most excited about hyper-targeted media through the integration of third-party data, which is based on deep interest categories and behavioral targeting. From sales data (SymphonyIRI) to health data (CDC), there is an abundance of information that can be leveraged. It is exciting that Facebook Exchange is being opened for this integration to allow for more thorough targeting and audience look-alike modeling.

Another exciting Facebook trend is the acquisition of Atlas from Microsoft. Finally, Facebook will have a proven ad platform, which is a benefit to all advertisers who reluctantly advertise with Facebook despite the significant deficiencies of their current platform.

One reason you love what you do:

We get the opportunity to help brands bring experiences to life for their consumers. Just recently, we built a platform for Smashbox Cosmetics that gave their fans the opportunity to express themselves by creating a billboard image featuring their picture and a meaningful quote. Fans could use this image as their Facebook cover photo and, more excitingly, could have it displayed on a real digital billboard located right across from the Oscars in Hollywood. Over 7,000 fans had their billboards shown throughout Oscars week. We heard great feedback from fans Hearing things like that lets you know you're doing something right. 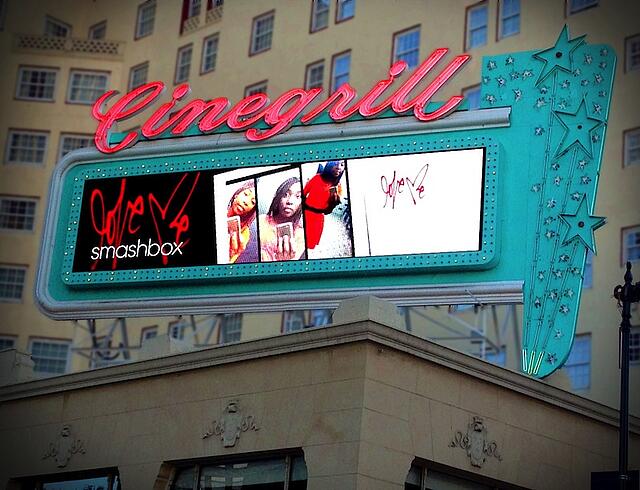 Favorite ad: The Samsung Galaxy S3 ad, “The Next Big Thing is Already Here,” by 72andSunny is one of my current favorites. If a year from now Samsung has knocked Apple off its perch, this ad will have played a part.

From a digital perspective, I liked the smarts that Ogilvy showed last year when it took the new API for Facebook ads and turned it on its head with the Dove Ad Makeover campaign, allowing women to create inspirational ads for one another.

Must-read book: No book has been more influential in how we grow our agency than “Good to Great” by Jim Collins. This book has shown that companies must take their own paths to greatness. Our agency’s founding and technical disposition is unique and so will be our path. Lately, though, I’ve been passing out “The Lean Startup” by Eric Ries to help our people get their heads around acting fast and knowing when to change course.