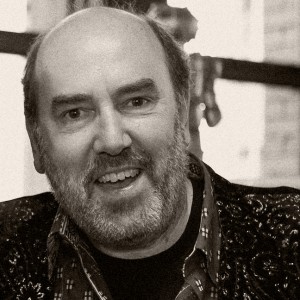 Welcome to The Agency Post! Tell us about yourself.

My sainted mother and my byline have me as Robert Duncan. Some people, misled by a high school face book (note space and lower case), call me Bob. When I entered the semi-legit world, I started to introduce myself as Bob — what I referred to as my business slave name — because it was easier to say. Many people call me Duncan, because it's at least not the single most common name in the Anglo-Saxon universe. And there is a whole cult — centered, oddly, on Duncan/Channon — that refers to me as Pops. They think it's because I'm superannuated. Which makes me cackle. Toothlessly. My experience, in this order: 1) 25 years of rock music, playing it, writing it and writing about it; 2) 25 years of pretending to know what I'm doing in advertising. The first nine years of life I was a good-for-nothing slacker waiting around to shave. 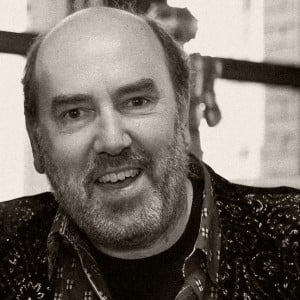 What led to the founding of Duncan/Channon? What were the first years of the agency like?

D/C started out of panic. I had departed FCB after five years, accompanied by an arcane tech client. Soon I had so much work I feared I would get too rich. Or fail miserably. I called my star copywriter from the aforementioned FCB, who had already departed for the greener pastures of Ketchum, to see if he wanted to depart for the greener pastures of joining forces with me. And that star copywriter's name was... Ernest Hemingway. Or possibly James "Parker" Channon.

What do you think has led to the growth of the agency?

What I should probably talk about here is "guanxi," D/C's secret sauce (emphasis on the sauce). But what the hell: 1. genius, 2. physical beauty.

How did your experience as a “rock journalist,” writing for publications such as Rolling Stone and Creem, influence your work as a creative director? Is there anything you miss about being a reporter?

I think journalism, even of the degraded sort that hangs around rock music, is a really good background for a copywriter. It's about grabbing a stranger's attention and then making sense of the world for them, in a rip-roaring way. Also, at Creem, we had some really funny writers, most notably my crazy-diamond co-editor Lester Bangs. So "rock journalism" (why the quotes?) taught me how to write and even, arguably, write funny. Finally, the way I manage — "manage," you might emend — creative teams at D/C is exactly the way I "managed" the editorial department at Creem, when I was 22. Which means I'm either a slow learner or incredibly fast. And I still think of myself as a reporter, still with the Jimmy Olsen press pass in the band of my mental fedora (now a real fedora, to obscure shameful baldness). So I don't miss the work and don't, alas, miss the eensy-weensy checks that inevitably drive you from the noble precincts of journalism to the depths of Satan's workshop (aka advertising).

What is the point of differentiation that brands can expect from Duncan/Channon? How do you stand out against other creative agencies in your market?

Our creative and strategic cogitating is as good as any, in San Francisco or the U.S. Sometimes it's even better. So clients can count on us doing cool, memorable stuff, stuff that really sells stuff, like the other top agencies. But I guarantee the process will be 10,000 percent more fun.

As an integrated advertising agency, how do you and your team approach a project? What processes do you have in place to discover how a brand’s message can be translated for various different platforms and audiences?

We don't translate. We come up with ideas that are big enough — arresting and insightful enough — to be "native" across many platforms. Ideas first, platforms second. And if there are disparate audience segments, the important thing is not to get all awkward about it and try to be one-size-fits-all. Forget campaign cohesion, if you must. Audience first, campaign-ness second. Anyway, today's consumers are used to zig-zags. For some, discontinuity, even randomness, is the highest virtue.

We’ve heard that Duncan/Channon knows a little bit about having fun... Is this something you have to work at or does this type of culture come naturally to you and your fellow founders?

Again, I should take advantage of your kind invitation to self-promote. I should say something about Duncan/Channon's patented, trademarked, copyrighted marketing process — derived from the Chinese notion of "guanxi" — wherein fun-fueled relationships among staff, clients and clients' customers are paramount, and from which success — ours no less than theirs — flows like a mad river. Instead, I'll confirm that when it comes to playing, we work our asses off.

What is Toast of The Tip? Why did you want to start this speaker series? Who have been some of your favorite guests?

We started it because we had our own private bar (the Tip), an unhealthy fascination with the process of creativity (inside and outside advertising) and a compulsion to socialize, which we justify from a financial standpoint as building trusting business relationships, or "guanxi." As to guests, we loved it when Bob Hope did a walk-on during the DMC show. But I'd have to say my fave was our friend from the Hold Steady, Craig Finn, who took the plunge when the program was still unknown and dangerous. Great interview, and then three to four great tunes on a punkishly bashed acoustic. But Richard Gottehrer, producer, music mogul and "My Boyfriend's Back" composer was no less riveting. Not to mention Gary Vaynerchuk, Sandy Pearlman and the still wonderfully womanish Lynda Carter.

You’ve also recently launched Tip Records. Tell us about this venture and how it relates to the agency’s goals and successes.

Like almost everything good in life, Tip Records started as an accident. A young band we loved that had played a lot of D/C shindigs lacked the funds to finish their record. We couldn't not help our gifted pals in Easystreet. And when they also didn't have a record company to release the work, Tip Records was born. But it's the kind of accident, I'm happy to say, that tends to happen here. D/C is about creativity, in all its manifestations, about fomenting it and fostering it and wallowing in it. So Tip Records serves as a little R&D, a little philanthropy, a little guanxi and a lot of inspiration.

While we don't have a remote mothership constantly banging on us to boost profits and cut costs, we are far from flying solo. We depend on clients, of course — we live and die by their results. But we also depend on partners and vendors. We even depend on our Bay Area competitors, who help maintain the impression that San Francisco is an irresistible hotbed of creativity. And it's a cliché to say, but desperately true, that we depend on our co-workers, who could any minute take a hike up Bush to Eleven — one more reason to work on that guanxi. So there's really no such thing as an independent agency. That said, in this day and age in the creativity business, there's no competitive disadvantage to being nominally independent and of relatively modest proportions. More often, it works in your favor. Prospects expect you to be more imaginative and more responsive for less. Most of which is true.

What communications-oriented evolutions do you foresee affecting marketing strategies over the next three to five years?

Five years?!? That's like infinity. And brings up what's still and forever the biggest thing affecting marketing: unrelenting change, along with the unrelenting pressure on a company like this to be more bold, more fluid, more imaginative. Otherwise, I think a shift to making what we're now calling "content" (and won't be caught dead calling that in one to three years) is going to greatly accelerate as agencies, which have been slow out of the gate, figure out how to do it (or buy it), and as clients figure out they need to bring more to the consumer relationship (more value, entertainment, surprise, less nuisance) AND as production companies, talent agencies, publishers, museums and a host of artists, writers, filmmakers, choreographers, musicians and other culture-makers continue to muscle in on what should be agency turf. But for organizations like D/C, the good news is that creativity wins.

Personal Style: Strictly anti-style. Have you seen me???

Favorite Ad of All Time: The cover of Aoxomoxoa.

Mentor: Too stubborn to have one? Too selfish to admit it? A lot of people taught me a lot — my big brother, who got a tattoo on drunken shore leave; the drummer who showed me how to sing harmony; my inimitable first creative director — and I always try to pass it on, but no single figure stands out.

Must read book: The first or second volumes of Robert Caro's LBJ epic. Or, if you're from New York, Caro's “The Power Broker.” Better still, try and find “The Noise,” written by yours truly, and then try and read it (free beer at the Tip to anyone with a copy).

Anything else you’d like to add? Flunked arithmetic, so no addition except merci beaucoup.