POV: Interview with Steve Driggs and Matt Anderson of Struck 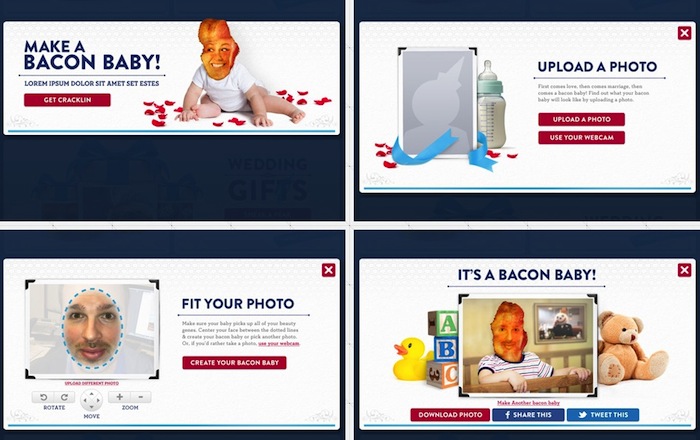 Tell us more about Struck and the work you do.

Driggs: I split my time between managing the creative for many of our retained clients, working on new business and overseeing our creative teams.

Anderson: As a creative director in Struck’s Portland office, I’ve led creative efforts for a number of our clients, primarily in the digital realm. In the past, that has meant work for Quaker Oats, the AdCouncil and the Utah Office of Travel and Tourism, among others. Right now, we’re doing a lot of work as the digital agency of record for Jack in the Box. It’s exciting to have the chance to push their brand forward digitally.

What have been some of your favorite projects to work on? Tell us about the creative process behind the projects.

Anderson: I’m really proud of the work we’ve been doing for Jack in the Box. As I mentioned before, they’re a great client that really trusts us and expects great work all the time. One of the keys in our relationship with them has been establishing strategic guideposts and then consistently checking our creative work against those guideposts. I don’t want to give away too much, but we know exactly who our target audience is and we focus on some of their behaviors to help build engagement throughout the digital landscape. And that’s where the creative process really gets its legs. We start with those guideposts, and then we go crazy.

It’s strange, but having that framework in place actually gives us more freedom to think up crazy stuff — like encouraging Jack in the Box fans to make a “Bacon Baby” or to use their touchscreen device to test their “Bacon Love” in last year’s Super Bowl campaign. Right now, we’re working on a full redesign of jackinthebox.com and rounding out the details of next year’s Super Bowl campaign. Our walls are full of 3-by-5 cards and Post-it notes.

Marry Bacon Digital Campaign for Jack In The Box 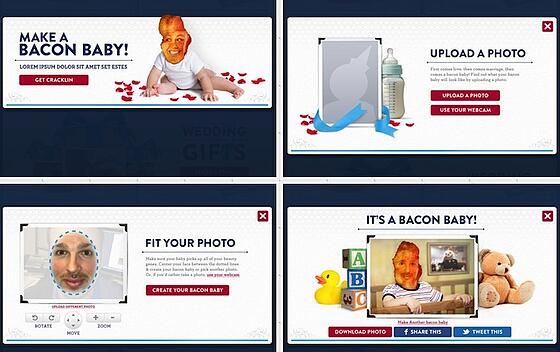 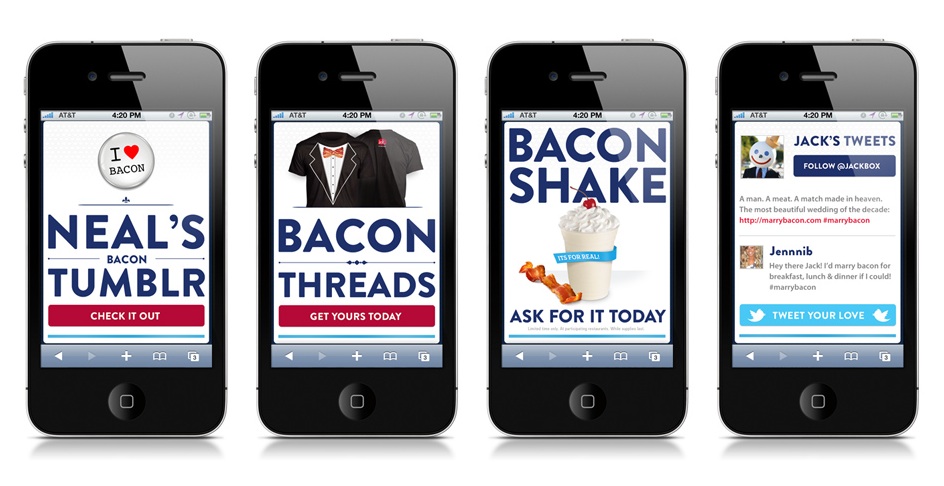 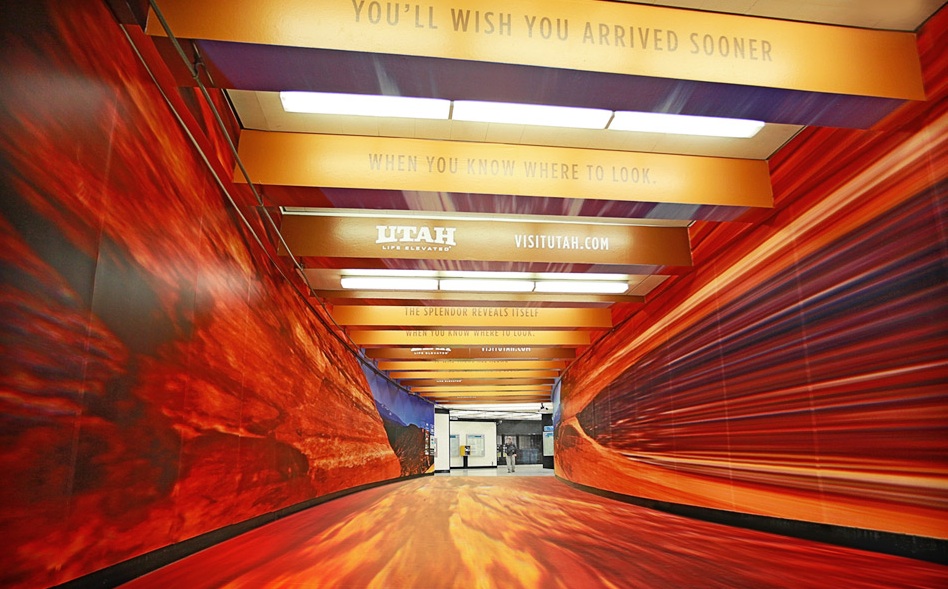 It’s a great use of technology in a traditional space. It had a huge impact.

Struck doesn’t really define itself as an advertising agency. How do you think the definition of an “agency” — or advertising for that matter — is evolving?

Driggs: I believe the definition of an agency has already evolved. The best agencies are barely keeping up with technology. We strive to blend the best of what a traditional agency understands — connecting with consumers and solving client problems — with what digital agencies understand, which is that the traditional advertising formats aren’t as relevant anymore.

Anderson: I really don’t think it matters anymore. We all spent a lot of time collectively wringing our hands across the industry. Are we agencies? Are we studios? Are we software developers? Are we digital? Traditional? At the end of the day, it doesn’t matter what you call yourself. If you can zero-in on key insights for your clients and then deliver great creative that exploits those insights (in a good way), then you can probably call yourself whatever you’d like — and your clients will still keep coming back.

How is digital changing the traditional thinking of “push advertising”?

Anderson: One comparison we like to make is that charting digital behavior is like looking at the Tokyo subway map. The traditional mentality would be to just put as many ads on as many subway walls as possible, but that’s just not feasible anymore. The trains are moving too quickly, and the audience rarely looks out the windows. To continue the metaphor, a digital approach is more like leaving shiny, attractive, shareable objects at as many intersections as you can. We have to pick the best intersections and then work really hard to make sure everything we do is as awesome as possible. If it’s not awesome, then no one will care, and all that hard work and strategic thinking falls flat.

Driggs, As a partner at Struck, what process and values have you put in place to make sure that the agency is agile in its thinking, approach and ability to transition depending on the evolution of digital?

We’ve adapted our way through the flash boom, social, mobile and digital installations. We are always completely committed to staying current with evolving technology. On a broader picture, we keep our thinking rooted in client issues and objectives. We’re relevant because we solve client problems in any area we work. At Struck, we have designers, writers and art directors, interactive designers and developers, editors and illustrators. We’ve insisted that everyone’s craft is respected, understood and most importantly, strategic.

Anderson, with digital, everyone seems to be focused on the ROI. If you can put it online, then you can measure it. Do you agree or disagree? Why?

Can I agree AND disagree? This is where I think digital has a bit of a problem. It’s true that almost everything is measurable in digital. We can track even the smallest interactions online. But where digital falls short right now is figuring out what all those numbers mean. We’re still trying to figure out the value of a “like” or a follow. So, yes, we can (and should) measure things and try to track them to ROI. But we also have a lot of work to do in determining true value and context for all of these numbers.

There is a lot of hype about content and content marketing. But brands still seem to be putting more focus on social media. How does one or the other inform and direct the strategy? What should brands be focusing on?

Anderson: Personally, I don’t see much of a difference between the two. Social networks are incredible mechanisms for sharing branded content. If you can build those networks and then develop strong branded content, the two should work hand in hand.

Why is traditional still an important part of a branding and marketing campaign? Do you think with the rise of digital that it plays a more or less important role?

I hate to keep using the same example, but our relationship with Jack in the Box is a good example of how traditional and digital can work together for a client. We spend a lot of time collaborating with their traditional agency (Secret Weapon Marketing) and their media agency (Horizon Media) on every campaign. For their business, traditional still does a lot of the heavy lifting — they need mass exposure for their promotions to help drive traffic to restaurants. Digital fills in the gaps and helps deepen the brand engagement beyond a TV spot.

With other clients, things are completely different. Digital may do the heavy lifting while print and out-of-home fill in the gaps. The key is to be flexible and non-territorial. Getting into pissing matches about who’s doing what rarely results in great work for the client.

Driggs: I think it depends on the brand and the objectives. Amazing content works well to inspire and build a brand. The “bite-sized” interactions of social media work well to build community, loyalty and engagement. I think it is about the mix and balancing the effort. The key is to make the content worthy of people’s attention. It’s easier said than done.

Driggs, why is traditional still an important part of a branding and marketing campaign? Do you think with the rise of digital that it plays a more or less important role?

Why do brands have so much mistrust when partnering with a digital agency? How can you get past this?

Driggs: I think it has everything to do with expectations. Great digital marketing is just more complicated and expensive than most clients think. Moreover, because there is not an established media-to-production rule of thumb for digital, clients have a tough time reconciling the ROI.

Anderson: Most of the mistrust I’ve seen has been the result of previous partners selling something impossible. There are a lot of people trying to make a lot of money in digital, and sometimes they do it by promising things that simply can’t be done. So clients pay a lot of money and don’t see the results they were promised. The next time around, the client is a lot more hesitant to spend a significant portion of their budget on digital initiatives.

A secondary factor is that the metrics around traditional advertising have been around forever, and they’re easier to understand than a lot of digital metrics. When you can show tens of millions of impressions, focus group approval rates, etc., everyone keeps their jobs. Digital isn’t so simple.

How do we overcome that mistrust? We need to be more honest with our clients. It’s a cliché, but we need to stop over-promising and under-delivering. We need to stop selling them things that they don’t really need, things that won’t really change their business. We need to have straightforward conversations and take the time to explain analytics and metrics instead of just sending a report and hoping they’ll figure it out. Really, we need to put in the time to build the same trust that traditional agencies have built over the last 50 or 60 years.

What trends in advertising are you most interested in/excited about?

Anderson: We’re incredibly fired up about the crossover between digital experiences and retail environments. When you realize that we’re all walking around with location-aware computers in our hands, it’s amazing that the most revolutionary change in retail experience has been a simple self-checkout. It feels like we’re at the tipping point of some really crazy changes, and our teams are right in the thick of it.

Driggs: I love the convergence of entertainment, information, social and content on a mobile device. I don’t think advertisers have scratched the surface of what engagement is possible on our phones and tablets.

One reason you love what you do:

Anderson: That moment of clarity when an entire campaign comes together.

Driggs: We get to create things that move people.

Anderson: I should probably get one of those.