A Song of Viral and Ice — Reviewing the ALS #IceBucketChallenge 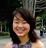 Chances are that by now, you’ve already either dumped a bucket of ice-water on yourself, or watched someone you know do it to themselves – all in the name of charity of course.

The Amyotrophic Lateral Sclerosis (ALS) #icebucketchallenge has become the largest viral social media movement of the summer, rivalled, perhaps, only by the comparatively more controversial Ferguson thread, sprung up in the wake of racial unrest in Ferguson, Missouri.

Taking over Facebook primarily, the ice bucket challenge has resulted in more than 2.4 million videos being posted to date, each of them capturing the often hilarious, and sometimes unfortunate, moment when a bucket of ice water is dumped on a person.

Everyone from grandmothers (86-year-old Ethel Kennedy, the widow of Senator Robert Kennedy, famously undertook the challenge) to a newborn baby to numerous celebrities (Bill Gates, Mark Zuckerberg, and Oprah, to name just a few) have completed the challenge and passed it on.

The premise is stunningly simple: Accept the challenge and pour a bucket of ice water over yourself or donate $100 towards ALS research. After you complete the challenge, you then nominate three others to do the same.

The catch? Each person has just 24 hours to complete the challenge.

With the time-restriction, it’s no wonder that the ALS #icebucketchallenge has exploded in terms of social media coverage. From July 29 to August 17, Facebook’s Data Science team found that the number of people engaging in the #icebucketchallenge online conversation had skyrocketed from less than 5 million to more than 28 million. The figures become even more impressive when you consider not just “awareness” increases but actual monetary contributions to the ALS Association: $22.9 million as of Tuesday, August 19. This far outpaces the $50,000 figure collected in the same period last year.

The ALS ice bucket challenge may be taking the social media world by storm, but its foundations were far from the hurricane of celebrity involvement that it has become now.

According to the Wall Street Journal, the challenge began on the professional golf circuit with essentially the same structure — dump iced water on yourself, upload the video, and tag yourself on social media before challenging others to do the same. Yet in its early days, the ice bucket challenge was never explicitly or solely linked to ALS research. Instead, it was meant to draw attention and garner support for various pet charities.

The movement only became linked to ALS research after golfer Chris Kennedy took on the challenge.

He posted a video, choosing the ALS Association as his foundation of choice, before passing on the challenge to his cousin Jeanette Senerchia (her husband battles ALS). From there, the challenge got the attention of 31-year-old ALS patient Pat Quinn from Yonkers, New York, whose social media circles crossed with former Boston College baseball player Pete Frates.

When it got to Frates’ social network, the challenge spread like wildfire, achieving its viral status within a month.

Facebook traced the first mention of the challenge on its site to June 8, and according to the Guardian, versions of the challenge were online as early as nine months ago. The question that stands then, is why didn’t it gain traction immediately? Why did the fire, or rather, ice storm begin only from July?

Why Does It Work?

Several reasons can be ascribed to the ice-bucket challenge’s success. To really analyse the viral movement’s momentum however, it’s best to see it as a combination of foundational elements and then the addition of a catalyst, or if using an analogy, a mound of extremely combustible firewood, and the match it took to light it up.

First, we examine the foundations of the challenge itself: What is the ice bucket challenge and what about it is so…viral?

Unlike fundraising campaigns that support, say, summiting Mount Everest, the ice bucket challenge is shockingly easy to achieve. A moment of discomfort, a shot of screaming, and you’ve done it. The sheer accessibility of the challenge (logistically, all that is needed is ice water and a container for it) makes for a challenge that involves minimal effort but maximum exposure.

Say what you like about frivolity, but the fact remains that entertainment value pushes campaigns in the internet generation. Users of social media no longer fall prey to in-your-face advertising or direct hard-sells. Instead, fun is the name of the game. The ice bucket challenge combines the entertainment value of viewership with the excitement of a challenge – a combination reality TV producers had figured out a long time ago.

The ice bucket challenge is an integrally social, but also deeply personal movement. It doesn’t only use social media in general, it requires participants to tap into personal networks, calling out friends, family, and acquaintances individually and personally. Individuals are naturally much more receptive to calls to action from friends as compared to faceless organisations, and here, it shows.

Though some have questioned the actual charitable effect of the movement, the reality is that the ice bucket challenge is primarily perceived as a charity movement. Cynics may tut-tut the draw of being viewed as altruistic to be narcissism, but discounting even that, the “for a good cause” tag line inevitably draws most to accept and spread the challenge.

With what seems like a flawless structure for social media success, the fact remains that the ice bucket challenge didn’t have an immediate burst of momentum. As mentioned, its laborious start gave no evidence of what would be its later success.

So, if the perfect factors were already aligned, what was the spark?

When it comes to social media movements, the primary transport mechanism is people. And when you have an incredibly influential person, that’s how and when a movement explodes. Pete Frates, in this case, was the match that lit the fire. Once the challenge hit the former Boston College baseball player’s social network, it spread to top athletes, Boston politicians, people with far-reaching and equally, if not more, influential networks.

The cult of celebrity has, no doubt, played an important part in the success of the ice bucket challenge. With key influencers in the form of major celebrities such as Justin Timberlake, tech giant Bill Gates, and even six members of the New Jersey State Senate, the profiles run the gamut. Though Hollywood may sometimes be dismissed as superficial, Silicon Valley, Wall Street, and the White House are not, and leading figures from these areas have lent the kind of weight that has given the movement a credibility that other organizations can only dream about.

Yet, with every successful social media movement comes its critics.

As the days pass, mounting negative criticism emerges about the ALS Ice Bucket Challenge, each citing their individual reasons. Accusations of “slacktivism” or “hash tag activism”, comments about the waste of resources (iced water) that have gone into the movement, and even complaints about how most participants refrain from actually donating to ALS research, have surfaced.

Cynics point to the apparent narcissism of the movement – calling out challengers who fail to mention the movement’s ALS connection. One wonders whether the tide will turn, and the ice bucket challenge — now viewed as mindless but helpful fun — will eventually be viewed simply as mindless.

Signs of its wear have already begun to show, with President Barack Obama famously refusing to accept the challenge, instead donating directly to the ALS Association. This disapproval has recently extended to an official ban issued by the U.S. State Department barring ambassadors and foreign service officers from participating in the challenge.

Regardless of the perception of the movement itself, an interesting implication emerges – that the ALS association will not be held liable even if the challenge eventually turns sour.

Why? Because unlike social media campaigns such as #Kony2012, the challenge was never constructed or planned by the association itself. It was a result of organic social movement and furthermore, requires each participant to take ownership of the movement, to personally implicate themselves, and to, therefore, stand for what it says.

It is telling that thus far, all criticism has been directed at the method of the movement itself, but none, at the organization that supposedly drives it.

With the astounding success of the ALS ice bucket challenge, many have wondered whether the movement will burn itself out, unable to sustain its momentum.

For others, it isn’t a question of whether, but when.

As with all viral social media movements, sustaining the same degree of appeal as its initial push is near-impossible. Trends are just that – transient and temporary, but whether its impact can be translated to more long-lasting impact for the coordinators of the movement is another matter altogether, and one worth considering seriously.

It now falls to the ALS Association and its influencers to convert this viral movement into something more long-term, while the movement remains at the forefront of people’s, admittedly short, digital attention span. Because while viral social media movements can provide that incredible one-time boost to an organization that it wants, only consistent and relevant media exposure can give it the meaningful public awareness that it needs.