What is AirPR, and how did you and your team get started in this field?

AirPR is a technology platform to increase PR performance.

It originally started when I was a venture capitalist and entrepreneur in residence at two different VC firms. I noticed a major struggle in how our CEOs approached PR. Over and over, we saw our founders struggle to find great PR providers. At first, they would connect with an agency for $10,000 to $15,000 per month, but it was rarely the right fit. This is because as the lowest-paying client, the PR agency partners would focus their efforts on their larger clients because it just made sense economically. The founders didn't realize this until they went through the process. Then they tried to find PR independents/consultants, but they didn't know any, and they didn't know how to vet the ones they found. Expectations were misaligned, prices were incorrectly set and contracts were based on long-term retainers.

What trends and changes in the market led you to realize that AirPR would fill a void? Describe the void.

Creating great partnerships is about one thing: having a common goal. As ridiculous as this seems, a poor PR experience often happens when up-front expectations (outcomes or goals) are not mutually understood or communicated properly. We are eliminating this friction, pulling back the curtain and giving both sides of the table the best shot at success through a solid foundation.

How does AirPR’s vetting + matching index pair tech startups with the best PR agencies to suit their needs? What criteria does AirPR use when vetting PR companies to join its network?

In terms of matching companies with PR pros, the index takes into account everything from media relations experience and sector focus to price range and communications preferences. Without giving too much away, let’s just say that we have identified several key areas that, when misaligned, can derail any PR engagement. By eliminating those barriers up front with a mutual understanding of needs and wants, the likelihood of success for both parties increases exponentially.

In terms of vetting PR pros, we have a nine-point criteria system, including strength of relationships with top-tier and vertical outlets to years of experience and past portfolio company recommendations. They also have to be likeable, honest and trustworthy!

How do you see the role of PR evolving in the next three years, and how do these changes affect tech-enabled businesses?

As the world encourages metric-based engagement mechanisms, PR is moving to a unified understanding of PR ROI. Tech-enabled businesses will focus on key PR metrics rather than the ability to just get a story covered in a particular publication.

The industry functions the way it currently does due to lack of transparency. Once accurate data metrics are the focus, there will be a shakeout in how PR is executed. The top professionals will use data in conjunction with their skill sets to best serve their clients. A great by-product will be justification for PR activities, which may cause an increase in overall PR spend.

One last thing that is also affecting the industry is the declining number of traditional journalists. In fact, The Economist recently reported in the article, “No News Isn’t Good News,” that there are now four PR pros to every one journalist. The role of PR will evolve to handle the ever-increasing number of freelance writers who are not tied down to one specific publication; these writers will instead write for digital publications, blogs and will often have their own followings. Relationships will matter, but in determining the current focus, the crop of influencers will be a data-driven pursuit. 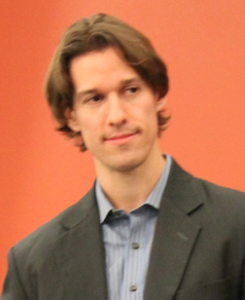 Sharam Fouladgar-Mercer is the CEO of AirPR, a company he co-founded in 2011. He was an entrepreneur in residence at Shasta Ventures focused on consumer Internet and the social graph. Prior to joining Shasta, Sharam was a senior associate at Sierra Ventures focused on consumer Internet, enterprise software (cloud computing / virtualization) and mobile. He served as a board observer at Makara (sold to Red Hat) and TouchCommerce. Sharam began his career as a technologist at Appian, a BPM software startup, where he managed the first enterprise-wide tracking system for the Departmentof Homeland Security. Sharam graduated with honors with a B.S. in computer science from Princeton University and an MBA from Harvard Business School. He played NCAA Division I ice hockey and is fluent in Farsi.