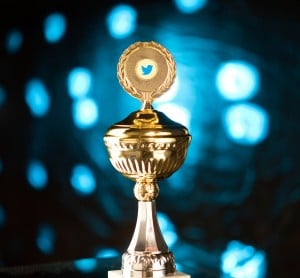 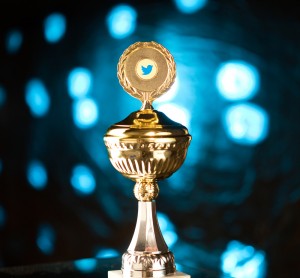 Sometimes the best stories are the most unusual — that’s what makes an all-out pumpkin pie media brawl, an interactive player piano and a Cheesehead bed so interesting. But the best PR practitioners don’t just need a knack for storytelling; they must have a sound strategy to deliver real business results for the clients they serve. These pitch-worthy PR campaigns are compelling stories begging to be told that also made a measurable impact.

Catering to an executive clientele, Ascendant Group helps CEOs develop their corporate brands through a mix of PR strategies ranging from booking speaking engagements to securing book deals. Mike and Ryan Regina, the executives of Big Sky Enterprises, are two brothers who built their entire commercial construction company on referrals alone. Ascendant developed a compelling story highlighting their ability to build a family-based business in modern times that resulted in over 75 media placements — including a major feature story on CNBC — and a top five ranking on Google that brought the brothers more leads, easier closes and increased revenue.

Blick & Staff specializes in connecting brands with strategic and meaningful causes that build brand sales and loyalty. The “Change Your Clock Change Your Battery” program led by Energizer and the International Association of Fire Chiefs just celebrated 25 years of helping save lives by using daylight savings time as a reminder for homeowners to change the batteries in smoke and carbon monoxide detectors. Over 25 years, the program has donated more than 4 million batteries, hosted hundreds of local events and has been featured in “Dear Abby,” Real Simple, on “The Today Show” and CNN.

David&Goliath is a full-service independent creative agency that embraces the philosophy of “thinking like a David” — being nimble, resourceful, creative and brave — to help challenger brands conquer “Goliath” marketing challenges. Universal Studios Hollywood was preparing to launch King Kong 360 3-D, but they faced being outspent 10 to 1 by Disneyland in traditional media. To generate excitement for the launch of the ride, David&Goliath organized a series of PR stunts throughout the LA area, including cars found crushed and smoking around Hollywood, a demolished outfield wall at Dodger Stadium and massive footprints on Santa Monica beach. More than 60 media outlets covered the story, and Universal Studios Hollywood attracted 5 million guests — the highest attendance since 1996.

Digital Kitchen is a content-first agency that specializes in leveraging content to construct brand narratives that resonate with today’s media-savvy consumers. Digital Kitchen debuted Stanley, a refurbished player piano tricked out with a USB MIDI interface to take musical requests, at the Capitol Hill Block Party to support Seattle’s indie music scene. During the festival, people could interact with Stanley through Twitter and a live video feed accessible across all devices. Stanley garnered 310,000 website page views, 153,000 views on Vimeo and 14,000 Twitter mentions. The project also gained attention from Wired, Mashable, ABC News, The Huffington Post and more.

Hanson Dodge Creative helps brands reach new audiences, embrace emerging technologies and distinguish themselves as market leaders. A campaign focused on a hyper-localized produce, the Cheesehead bed, provided a unique opportunity to help Wisconsin-based retailer Verlo Mattress Store connect with Green Bay Packer fans and boost awareness among Wisconsinites. Verlo designed a product to mirror the popular Cheesehead hats, rolled them out through a media bliss and ran a Facebook promotion offering fans a chance to win a bed. The beds were available for a limited time, and the price dropped for 24 hours following a Packers victory. The initiative resulted in more than 70 stories, 30 million media impressions and helped improve foot traffic at Verlo Stores throughout Wisconsin by 15 percent.

HB is an integrated marketing communication agency specializing in the high technology, medical technology and clean tech/energy spaces. To promote ocean thermal energy conversion (OTEC) as a new source of clean energy for its client, Ocean Thermal Energy Corporation, HB created TheOnProject.org to educate reporters and influence groups on the future of renewable energy and the benefits of OTEC: clean potable water, seawater district cooling (a clean method of air conditioning buildings) and reduced dependence on fossil fuels. Using links from TheOnProject.org, OTE Corporation saw a 300 percent increase in Web traffic to its commercial site, earned media coverage from business and clean tech publications (including Bloomberg and The Economist) and signed an agreement to build the world’s largest seawater district cooling system.

PB&J is a multidisciplinary design, marketing and design firm focused on brand development and positioning. Charged with the duty to create a PR campaign to connect The Busken Bakery to the public, PB&J took the traditional Thanksgiving pumpkin pie pranking competition between Busken and Frisch’s Big Boy to the next level. Instead of merely poling fun at Big Boy with snarky billboards, PB&J created a video series to attach to the story appearing on the front page of The Wall Street Journal and other media outlets. The Pie Wars prank was the most talked about campaign in Cincinnati in 2012, Busken Bakery sold a record number of pumpkin pies, and enthusiastic Facebook fans clamored for more videos.

PRR Inc. is recognized for its expertise in human-powered change through social marketing, public involvement and community-building practices. PRR launched the “Don’t Drip and Drive” campaign for the STormwater Outreach for Regional Municipalities (STORM) to encourage drivers to get their vehicles checked for car leaks. With 7 million tons of oil leaking into the Puget Sound basin in western Washington annually, car leaks are costly to both the environment and consumers’ wallets. Through a partnership with the Automotive Service Association, PRR Inc. was able to negotiate and promote free leak inspections and 50 percent off leak repair in over 80 shops. The campaign garnered attention with its two-pronged environmental and economic approach that resulted in 30 media placements in the last 19 days.

Ruckus was founded with the mission to bring discipline and sound business strategy to marketing. Focused on accountability and impacting the bottom-line for its clients, Ruckus is on a mission to be a growth partner for the brands it serves. “The Original Hipster” campaign for the Roman Catholic Diocese of Brooklyn, featuring Jesus in Converse sneakers, was launched to get Catholics to return to the church by making Jesus seem more relatable to a younger, more diverse demographic. The Diocese reported their $14,000 investment in the campaign resulted in $1.6 million in media coverage and exposure, including appearances in The Wall Street Journal, Time, The Huffington Post and CNN.

PAN Communications was founded as a reaction to the “about us” mentality of self-serving PR firms and built around driving bottom-line results for its clients. Hooked, a game discovery engine for Google Play, came to PAN Communications to differentiate itself in the crowded app marketplace. PAN positioned Hooked as a “personal shopper for apps” and took the story to mainstream tech publications. Hooked was featured on ABC News and publications including AllThingsD, Lifehacker and ReadWrite. The app’s downloads reached 4 million — a 200 percent increase — and Hooked’s CEO Prita Uppal was named as one of Inc. Magazine’s “10 Women to Watch in Tech for 2013.”