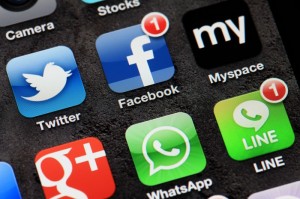 As many of us in the communications and marketing industry noticed last week, Facebook acquired WhatsApp for $16 billion, of which $4 billion is in cash, while $12 billion is in Facebook stock. The totals of this purchase are shocking, as less than two years ago, Facebook acquired Instagram for a measly $1 billion! There are several questions to be explored here, as a $16 billion commitment is neither an impulse buy, nor something to sneeze at:

1. What is WhatsApp? WhatsApp is a mobile text-messaging service app, currently downloadable for free on iPhones, BlackBerrys, Androids, Windows Phones, and several others. WhatsApp is quite popular overseas, often downloaded by Americans going abroad, and allows for both individual as well as organized group texts. WhatsApp's true selling point is that it doesn't cost users a dime for first download, the connectivity can work across multiple phones and operating systems, and the product is functionally very easy to use. The system currently hosts approximately 450 million users, well over 33 percent more than either of it's primary competitors – WeChat and Line. While many in the US don't use it due to existing free text message packages, the app is wildly popular overseas, especially in India. According to OnDevice Research, WhatsApp is the most popular messaging app for smartphones.

2. If WhatsApp is free, how will Facebook make money? Yes, WhatsApp is free…at first. WhatsApp is free for use for the first year, then cost 99 cents per year following, quite a bargain compared to traditional text messaging packages. So, doing the math, at a dollar a download following the first year, multiplied by 450 million users, that equals…$450 million, a fraction of what Facebook paid. Now, Mark Zuckerberg did mention in an announcement yesterday that WhatsApp is anticipated to surpass one billion users, but that still does quite recoup what Facebook paid for the platform. That means…

3. Facebook is in it for the long play. Shocker! Zuckerberg and team made this deal for the same reason they acquired Instagram, it's all about growth. On a call with investors, Zuckerberg mentioned that he isn't looking to drive significant revenue from WhatsApp, but looking to gain access to the parts of the world still not using Facebook (yes, they exist). According to yesterday's Mashable article, "Zuckerberg said buying WhatsApp helps Facebook's Internet.org project — its mission to provide Internet access to the two-thirds of the world not yet connected. Since most of that growth is expected in the developing markets where WhatsApp is popular, WhatsApp appears to have been suddenly elevated to a key component of that strategy." As the mobile market in emerging parts of the world grow, Zuckerberg is doubling down and assuming Facebook will be a large part of that growth assisted by leveraging its position with WhatsApp. Facebook has cornered the market on photo sharing and international free text messaging, two assets it didn't have under management only two years ago.

4. What's Next? Anything is possible. Facebook has seen fantastic growth within their company and recently watch their stock price skyrocket. They are constantly flirting with new technologies, and seem poised to continue with one major acquisition per every year or two. They recently received negative press due to the falling rate of middle and high school demographics joining the platform, in fact, many are leaving it, but otherwise — what can stop the 'Book? Well, this is technology. Things can change very, very quickly. It should not be a given that WhatsApp will continue to grow at its rapid pace, in fact, Zuckerberg should know better than anyone how another technology can swoop in out of nowhere, disrupt the status quo, and reduce the existing platforms to second or third tier. Just ask MySpace.