Yahoo!? It Is Not About the Logo 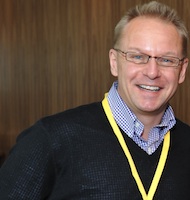 It is too easy to pick on a new logo. Everyone has a subjective opinion that is largely reactionary and often knee-jerk in condemnation. Objective opinions are dry and boring. Outside of graphic designers, not many people care about precise kerning, bevels and pantones. Having contributed to new logos, or, more dangerously, updates to existing ones, I have been at the epicenter of criticism.

The socialization and acceptance of logos take time. They are not an overnight affair. One is highly successful if 51 percent of the people who see a new logo actually like it at the outset. Time must be given so the logo is imbued with meaning and can be associated with tangible results in the business. Branding is a long-term strategic game — not a press release announcing a new look. So, instead of simply attacking the logo design, let me share my opinion regarding the whole Yahoo! program behind it. This is what worked and didn’t work:

This worked because the company put out a new logo every day to build excitement and stay in the news. It didn’t work because we all grew bored three days in.

This worked because Marissa Mayer was hands-on. It didn’t work because the change doesn’t go far enough to represent the strategic changes she is attempting to make in the business.

This worked because it opened up the debate on whether branding and marketing can be done within a company. It didn’t work because the objectivity a third party can provide is often invaluable.

The updated logo should reflect a change in strategy. At best, it should be a cleaner graphic update. The company would have received more attention if they dropped the juvenile “!” as part of this effort. This was the biggest missed opportunity graphically.

You know, now that I think of it, maybe Marissa should have changed the company name. Yahoo! is so 2001 — so Pets.com. This is how the company describes itself: “Yahoo! is focused on making the world’s daily habits inspiring and entertaining. By creating highly personalized experiences for our users, we keep people connected to what matters most to them, across devices and around the world. In turn, we create value for advertisers by connecting them with the audiences that build their businesses.”

That is an awesome brief for coining a new name. A name that signals a change in business as usual followed by a logo that communicates the new direction. Such a move would have ensured a different result from the one Yahoo! has now — namely a logo that’s embarrassed of its name.

The Psychology of Shape in Logo Design [Infographic]

The Evolution of Logo Design [Infographic]