Your Consumer Is Integrated. Is Your Agency? 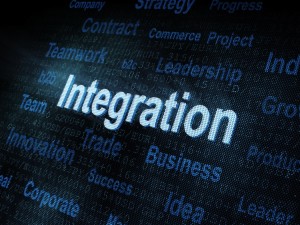 You’ve seen the data: more than 60 percent of people access the Web while watching TV. More than 70 percent of smartphone owners looking at retail displays are researching simultaneously online. Email, Internet, and mobile are suddenly one thing, not three.

For consumers, this accelerating confluence of media is natural and effortless. But for many marketers and agencies accustomed to vertical channel marketing, it’s like trying to hit flies with a rifle.

The powerful trend toward specialized agencies, a phenomenon driven by holding companies, created firms that were experts in one thing, but only one thing: digital, traditional, or promotional services, for example. This structure and the inability or unwillingness of agencies to cooperate makes it harder than ever to generate the big ideas that work across myriad channels and platforms.

Most agencies are feeling the stress of an integrated world. From a practical perspective, what can a marketer do to foster integrated thinking and execution from an agency? Let’s start with 3 possibilities:

Of these three suggestions, integrating yourself is the pre-cursor to success. This type of thinking will provide you with new goals and a better lens to evaluate strategies and the creative execution of your agencies.

Demanding integration is tough. Frustration on both sides often arises when asking agencies to do new things outside their comfort zones. Their frustration has a reason. For 20 years, the industry has required its best people to think deeper in one channel, not broadly in all.

Let’s be frank. A small digital agency that tells you it can do a Gold Lion TV campaign is probably fooling either itself or you. And the big agencies that have grown fat off TV are unlikely to have the UX experts and ubergeeks to handle hard-core interactive. There are certainly exceptions – W&K, Chiat Day, BBH, Crispin, and more – but these exceptions exemplify the rule. It’s for this reason that I believe mergers and acquisitions activity in the industry will become a desperate quest for survival.

If integration is natural for consumers, then why is it so hard for our industry? The answers to this are concrete.

1. Integration violates the business model that controls 91 of the largest 100 agencies in America. Holding companies were built on the concept of verticalization – the drive for increased expertise, lowered costs, and eliminated “conflicts.” Horizontal needs would be met by “sibling” agencies.

It never really worked, nor is it likely to. And why would a holding company encourage the internal integration of a large agency when it already owns more than 60 interactive firms? It both creates expense and cannibalizes revenue.

2. Structure does not drive integration. Integration is driven by ideas. Think of the best integrated campaigns you’ve seen this year — the ones you envy. The only thing they have in common is that someone had a great idea. The following campaigns best illustrate this:

These agencies are not traditional. They’re not digital. They’re not promotional. But they are integrated in their thinking. Their only specialty is brilliant ideas.

I know a bit about how it works because I left the big agency life 10 years ago, and contrary to the advice of every person I respected, I founded an integrated agency where ideas, not the medium, would decide the course of any campaign.

The good news for our agency and ones like it is that the world has finally caught up to us. And that in turn is good for our clients.