A Step-by-Step Guide to Planning an Awesome Flash Mob 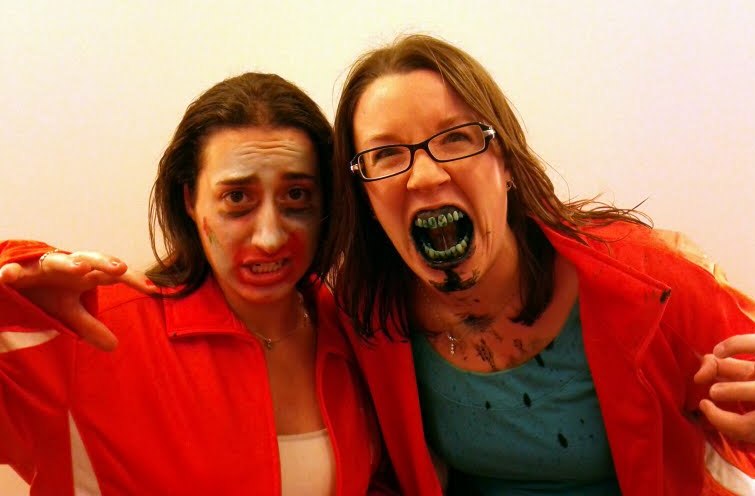 How to Plan a Flash Mob:

Flash mobs, when executed well, can be a great way to generate buzz, express your business' creativity, and even garner some media attention and coverage. Want to inject some personality and creativity into your company's marketing strategy? Consider orchestrating a flash mob! Last week, HubSpot employees did just that, dressing up in orange HubSpot track suits, sporting zombie makeup, and taking over the food court at the local mall to dance to the spooky Michael Jackson hit, "Thriller" in our very own Halloween flash mob. Here's a step-by-step guide to planning and executing your own flash mob, using our own experience as an example.

There’s nothing more exciting than watching or partaking in a surprise flash mob that interrupts people's mundane daily routines. Flash mobs are a great way to stir up attention and create some buzz. Be creative, and think of ways to make your performance unique from previous flash mobs. There needs to be more to your flash mob than just a dance routine to make it stand out. Some flash mobs involve the performers' hidden talents, some singing, theatrics, or getting hundreds of people to stand still for a few minutes. Your flash mob can be flashy, thought provoking, artistic, or even be used as an advertisement.

Pick a song that will catch everyone’s attention. Purchase a loud, portable stereo and cue up your upbeat dance song, classic throwback, or even a holiday related Christmas carol.

Gather a group of your friends and/or coworkers who are willing to participate in the flash mob. Find someone who is an experienced dancer or choreographer who can breakdown the moves for everyone. Practice regularly. The key is to really perfect the routine if you want to impress onlookers.

The best places for flash mobs are large, high-traffic public spaces where people wouldn’t expect something out of the ordinary. Whether you choose to target a local beach, a food court at the mall, or a train station, pick a day and time of the week during the location's busiest hours.

An important thing to consider is that your performance needs to have the element of surprise. A well-executed flash mob performance should be kept secret up until the moment it begins. Catching your audience off guard is crucial. Make sure you video tape not just your performance, but also everyone’s reaction.

Step 6: Be a Cinematographer

Pack your cell phones and some HD video cameras, and capture some high quality video footage. A multi-camera shoot will provide sufficient coverage with wide shots, close-ups, and plenty of reaction shots of unsuspecting viewers. Make sure you have a camera operator that is part of the action and on the same level as the dancers. Have another camera operator shooting a wide/establishing shot from a higher angle looking down on the dancers. Your wide shot will show the scale of your flash mob. THE BIGGER, THE BETTER.

Your flash mob may be over, but that doesn't mean you can't milk more from the performance. Edit and share your video on your website, blog, YouTube account, and Facebook page. Tweet links to the video or your post about it on your blog. You can still generate a ton of buzz from people who weren't lucky enough to be present for the live showing. As we said before, staging a flash mob is a great way to generate brand exposure and a ton of buzz. Have fun with it! And check out the final product of our own flash mob below!

Are you yet motivated to organize your own flash mob?