The Ultimate Guide to Using Animated GIFs in Your Marketing 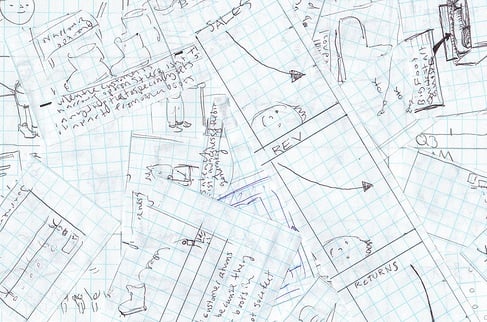 The fact is, animated GIFs have dominated the world of online memes for some time now, going viral across social media and blogs many times over. And when something's around long enough and gets enough attention, you can bet marketers will start experimenting with ways to turn them into a new tool to add to their marketing toolkit.

If you're still not sure what the heck we're talking about when we say "animated GIF," it's really just a series of still image frames coded into a single file. Or if you're more of a visual learner, here's an example of one we whipped up for this blog post:

Now you know what we're talking about! Since we're all on the same page, let's talk a little about the history of the animated GIF, how you can make one of your own (it's easy, promise!), and how you can implement them in your inbound marketing.

A Brief Introduction to the Animated GIF

The original GIF specification was introduced by CompuServe in 1987. According to Patrick Davison of MemeFactory, some of the first popular animated GIFs were simple things like flames and waving flags. But in the 2000s, with the growing division between Web 1.0 and Web 2.0, the animated GIF started to lose its initial popularity. "The idea of using GIFs became way less fashionable," explains Davison.

A few years after the evolution of Web 2.0, however, people started realizing that they could use animated GIFs in a lot of different ways and feature them in a lot more places, like blogs and social networks. The tools for GIF creation, Davison explains, also became more widespread. Thanks to this fortunate combination of circumstances, the animated GIF has now experienced a powerful comeback in the ecosystem of online content.

The Benefits of Animated GIFs for Marketers

Alright, so animated GIFs are cute and cool ... but does that mean they can be used in marketing? Absolutely! They actually present a few key benefits to marketers:

Animated GIFs are easy to consume.

In the attention economy, it's tough to capture someone's attention for more than a minute or two. That's why online video is such a challenging medium to master. Yet, we all know that video has the power to tell a story in a different way than still content can ... which is why the animated GIF presents the perfect middle ground!

Think of the animated GIF as a hybrid between a still image and a video. Photographer Jamie Beck of Cinemagraphs describes an animated GIF as "a photograph that is still alive." This means people can engage with this format quickly (like they would with a still image), yet they can extract a lesson from the highlighted movement (like they would from a video). As Christopher Price of Tumblr explains, GIFs are short and have a low barrier to entry. No doubt, this is great news for marketers!

They can serve as calls-to-action.

The animated GIF is guiding the viewer's eye along a specific path without being obtrusive. The format zooms in on a specific moment in the bigger picture. "Whatever that one thing is that is alive is what your eye is going to go to," says Beck.

Such eye guidance is the essence of a good call-to-action. As a marketer, you should always be considering different ways in which you can capture the attention of your audience through effective (and creative) use of calls-to-action. Animated GIFs might present the perfect opportunity for you to try something new.

They can have emotional impact.

Cinemagraphs' approach to animated GIFs borders on the magical by mesmerizing the viewer with its elegance and simplicity. Their animated GIFs build an image of the world that people wouldn't have necessarily noticed in still images. That's why picking the right moment to focus on when creating an animated GIF is a big creative decision for Cinemagraphs.

The potential of the animated GIF to connect with people emotionally is tremendous for marketers. An emotional message, for instance, can bring people inspiration, laughter and harmony. Such an emotional impact, thanks to its immediate value to the user, certainly extends the reach of the format to new audiences.

Some Real-Life Uses of Animated GIFs in Marketing

Note: We tried out best to embed these GIFs in a reader-friendly way. If you're having trouble seeing any of the animated GIFs in this section, click on the link we've provided in the explanatory text to visit the company's site!

Jive Uses an Animated GIF on its Homepage

When done well, animated GIFs instantly capture the attention of visitors with their novelty. That's why it might be smart to use them in select places across your business website where you're trying to drive visitor attention. For instance, consider using them on your homepage or on your "About Us" page to keep readers engaged. 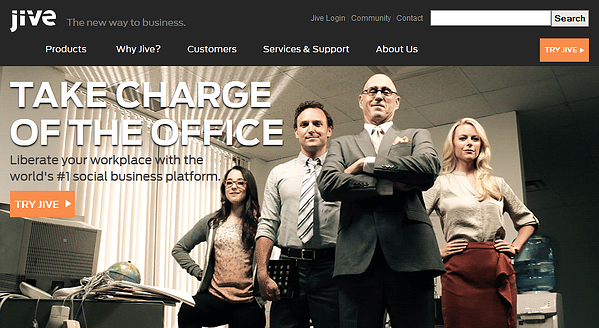 For inspiration, check out the homepage of Jive Social Business. It features a still image of four employees in an office and elements of the picture are animated. When you visit the website, you will see the gentle rustling of the blond lady's burgundy skirt as well as the soft movements of the window blinds and the water cooler.

Animated GIFs are native to the social media world -- they thrive on networks like Facebook, Twitter and Google+. In fact, Verizon has done a great job of using animated GIFs in its Google+ profile. The profile picture consists of five small images that come together to form a message.

American Apparel Uses an Animated GIF to Announce a Product

You can use animated GIFs to announce new product releases. This is something American Apparel did this summer with its Sheer Nail Lacquer. The company featured an animated GIF of nail polish pictures on its Tumblr blog, accompanied by the caption, "They’re just here for the summer! Introducing American Apparel Sheer Nail Lacquer, our limited-time line of six vibrant-yet-sheer colors, inspired by and named after some of our favorite beaches in Southern California."

Animated GIFs display in email the same way a regular image does. That means you can experiment with replacing one of your still pictures in an email with an animated one! In fact, according to an A/B test conducted by BlueFly, emails featuring an animated GIF pulled in 12% more revenue than their non-animated version. In reponse to this test, Tom Buchok, co-founder of Bannerflow, explains that by using animated GIFs in email marketing one leverages the element of novelty.

Tiffany & Co embraced the novelty aspect of GIFs with its animated email that changes the text it displays.

Harry & David is yet another company that took advantage of animated GIFs in email marketing. It used this format to show the movement of snowflakes in one of its Christmas email campaigns.

Animated GIFs can be used to document and highlight key functions and features of your product. You can use a series of animated GIFs to create a short tutorial, or illustrate a step-by-step process around your product or service.

HubSpot Features an Animated GIF on a Landing Page

While the results of that test weren't statistically significant, we intend to conduct a few more tests with animated GIFs on landing pages. Consider testing it out as well, especially if you're trying to keep people on your landing pages longer and increase conversion rates.

How to Create Animated GIFs

After browsing through all these examples, you're probably eager to create your own animated GIFs. So how do you go about it? Luckily, it's not very difficult and you have a few options!

First, you will need a series of still images (frames) that will come together in a single file. So before you even start following any tutorials, make sure you know what set of images you will be using to convey your message. If you're going for the funny tone, for example, the images you pick can be drastically different (like a mashup of characters from different movies). If you're going for a subtle and elegant message, the images can be part of the same photography session (like the works of Cinematographs).

If you have Photoshop and some basic design skills, use that software to your animated GIF. Here are some detailed instructions on the steps you need to take. There are also some online tools that make the creation of animated GIFs easier and possible, even if you don't have any Photoshop skills; try Make A Gif and Gifninja. Finally, you can also take text and animate it with a tool like TypePop.

So are you going to experiment with animated GIFs in your marketing? Did you get any ideas that you want to try out?