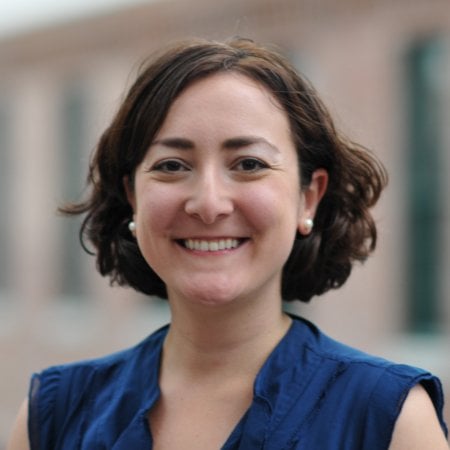 This is a guest blog post by Brent Leary , co-founder and Partner of CRM Essentials LLC , a CRM consulting/advisory firm focused on small and mid-size enterprises . Brent also hosts a Social CRM podcast "CRM Playaz" with Paul Greenberg . You can connect with Brent on Twitter @brentleary and join him on his webinar today "How to Use Social Media to Attract More Customers" .

How did I get here? That's what I've been asking myself lately. I'm an introvert with an accounting degree for crying out loud. But after leaving PriceWaterhouseCoopers a few years earlier, in 2003 I co-founded CRM Essentials, a two-man operation focused on implementing Salesforce.com for the SMB crowd.

But in 2004 I had an opportunity to write an article for CRM Magazine's website where I was able to share my opinion on a few things going on in the industry.

A funny thing happened after that article was published: people responded with emails and phone calls. I was even invited to speak at a conference. That exposure led directly to a two-year Salesforce.com implementation project.

I eventually began writing a regular column for a local magazine, although it wasn't carried online. But I had been reading these blog things that were pretty good. I finally got the nerve up to start my own blog in June 2005. It allowed me to say things about changes in the industry that I couldn't say anywhere else, without being edited, censored or lobotomized. And while nobody had been waiting with bated breath for my blog to arrive on the scene, it felt kind of good to put my thoughts out there.

It took several months, but I found my blogging voice, and began connecting with people interested in the things I was interested in. Comments started rolling in, along with links. I even received an email from a guy named Brian Halligan. He had just co-founded a startup called Hubspot, and had found my blog. He thought I was in synch with their approach to small business.

The blogging was going well, but then I kept hearing about this podcasting thing. I had recently started a radio show on the local business talk station. With the show only airing in Atlanta it wasn't reaching all the people we thought would be interested in hearing it. So I turned it into a podcast with its own site, iTunes listing and "the works."

Within a few months thousands of shows were being downloaded from as far away as Australia, India and the UK. I even received invitations to keynote conferences in places I had never heard of before.


Blogging and podcasting allowed me to reach people in ways I would have never been able to do any other way. I was talking with best-selling authors, executives with major corporations and movers and shakers in my industry. I was also building relationships that eventually led to business opportunities I would never have guessed I would have.

So THAT's How I Got Here

I'm still blogging on my site, but I also write regularly for sites like the American Express OPEN forum , SmallBizTrends.com and Inc.com's technology site. I also do a podcast with my friend and CRM guru Paul Greenberg that we call the CRM Playaz . And you can find me on the social networking sites, especially Twitter. And recently I co-authored Barack 2.0 , a book about how the Obama campaign utilized social media, and the lessons small businesses can learn from them. The book actually started as an online article, which morphed into a webinar, a blog, and finally a podcast.


Looking back on it I can honestly say that all this social stuff has paid off. All the blogging to an audience of one (thanks Mom!) was worth it. All the time spent editing mp3 files was worth it. All the reading and commenting was well worth it. Even the stuff I tried that didn't work was worth it. It was all worth it because it led me to valuable relationships with people who I collaborate with, do business with and share ideas with.

Miss the webinar? View the video and download the slides .