My Dinner With Google & Madison Avenue 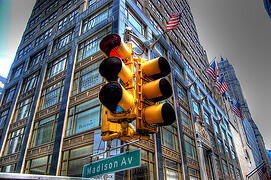 Last night I had a fascinating dinner hosted by the Massachusetts Interactive Technology Exchange that featured Google's VP of Platforms, a bunch of senior executives from Madison Avenue-ish firms, a senior marketing exec from a Fortune 500 company, a marketing analyst and myself.  The conversation was really rich and enjoyable.  I felt like it ended up being HubSpot and Google arguing for the complete transformation of marketing while the Madison Avenue-ish firms were trying to hold onto the traditional marketing models.

I was a little overshadowed on the charisma meter, but I made a couple of points that I didn't think were half bad:

Webinar: Learn about the Benefits of Partnering with HubSpot