Sales Hub and HubSpot CRM together provide a lot of tools for salespeople. Some of them are free, some are paid, and some are somewhere in between. 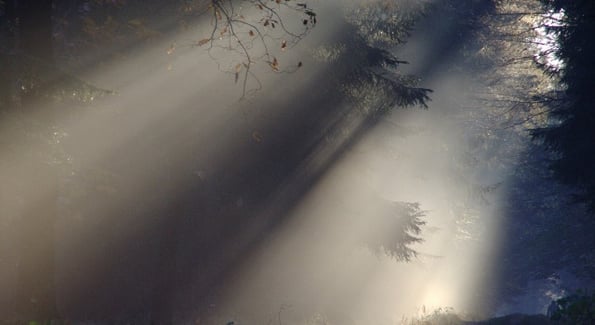 It can be hard to figure out what you get for paying money. This blog post is meant to clear the fog and give you a point of reference if you're trying to decide whether your team needs an upgrade.

If I had to summarize the difference between the paid and free tools in one sentence, I'd say, "The paid tools help salespeople work faster and better."

Let me tell you a story to illustrate this difference. I'm going to tell two versions of this story: one using the free sales tools, and the other using the paid tools. In both stories, the salesperson successfully completes the activity, but the first version uses only free tools while the second version uses a mix of free and paid.

For a lot of companies, the free tools are completely sufficient. The paid tools are there for when your sales process is working well enough to warrant investing money in speeding it up.

Okay, let's look at this story.

The Story: Sending a Breakup Email

My all-time favorite sales technique is the breakup email. It's a tool you use if one of your contacts goes incommunicado on you. The idea is, if you send three or four emails to someone without getting a response, then you have a standard template you use that reads something like, "Hey, haven't heard from you for a while, so I'm going to assume you aren't interested. Let me know if you change your mind."

This is great for a lot of reasons, but two reasons in particular make me love it: 1) It forces sales reps to stop wasting time on people who aren't interested, and 2) It shakes fence-sitters into taking action.

Bob is a sales rep. His company has an excellent marketing team that feeds him a reliable stream of qualified leads. When a lead gets assigned to Bob, he immediately tries to connect with them over email. If they don't respond within a few days, he tries them again. He gives them three tries, then he sends them a breakup email.

That's the story. Let's see what it looks like in HubSpot:

Once he's done that, he goes to his contacts and filters them to find the people he's been emailing who haven't been responding. There are a few different ways to do this, but Bob does it like this:

This gives Bob a list of all the contacts he needs to send a breakup email to. He saves this filtered list for future reference.

All of that is a one-time setup. Do it once, and you'll never have to do it again.

Now for the fun part. Bob has a time set aside every day to check this filter and send breakup emails to everyone in it. When that time comes, he opens his saved filter and adds everyone in it to his Breakup Email task queue. Like this:

Next, he goes to his Breakup Email task queue and clicks Start queue. The CRM then takes him to each contact record. For each person, he customizes and sends his email template, then checks the Breakup email sent checkbox. Once he's done that, he moves on to the next task and does the same thing.

This is super exciting for Bob because the breakup email gets a great response rate, so he gets giddy sending it out each day.

Let's hop over to an alternate reality to check on a different salesperson, Bob (that's Bob spelled backwards). As with the previous example, Bob starts by creating a breakup email template. But after that, the process he uses is markedly different.

For one thing, the paid version of Sales Hub includes sequences. Sequences is a tool that takes multiple email templates and sends them with a set delay in between. When you enroll a contact into a sequence, you customize all the templates up front, and then the tool automatically sends each email at the appropriate time. The sequence immediately stops sending the emails if the person responds or if they book time on your calendar using the meetings tool.

The paid sales tools also include workflows, which is a general automation tool. The marketing team uses a workflow to change contacts into marketing qualified leads (MQL), and that same workflow sends a notification to Bob every time a new MQL is assigned to him. When he gets that notification, he immediately goes to the contact and enrolls them in his outreach sequence.

If there are several contacts he needs to enroll in a sequence, there's no need for Bob to create a task queue. Instead, he can enroll them all into the sequence right from the contacts page, like this:

As Bob works through this sequence queue, he's given sales email recommendations that help him tailor the templates to the specific person he's sending them to. The end result is a more personalized email that took Bob less effort to write.

To bring this back to our theme of "faster and better," this process is faster because so much of it is automated, but it's also better because the breakup email is no longer a separate step Bob has to remember to do—it's built into the automated process his team has put into place. This gives Bob more time to focus on the real-time interactions he has with interested leads. And frankly, that's a whole lot more fun than working through a task queue of breakup emails.