Gmail Hacks to Help You Follow Up With People 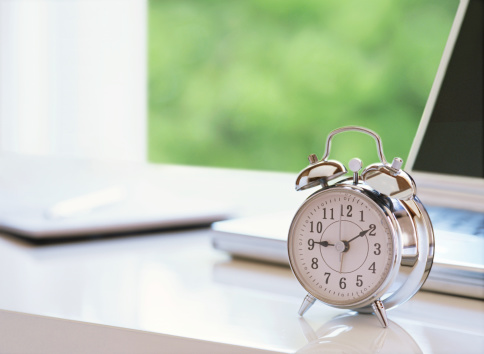 I'm not an Inbox Zero sort of guy. My inbox is a bit of a mess, but I usually respond to people within a day or two, so I'm not too concerned about it.

My outbox, though — that's a different story. I am deeply concerned about my outbox.

While the emails I receive sit in my inbox, staring me in the face and guilting me into taking action, the emails I send disappear into a deep and meaningless abyss. Sure, I can open my sent folder and stare at the nearly 3,000 threads in it, but I have no idea which threads have reached their natural conclusions and which ones have left me hanging.

I am not okay with this. I send lots of emails to lots of people, and I'd like to know what's becoming of them. So I've been on a quest to figure it out. Here's what I've found.

Last Month I Sent 270 Emails That Didn't Get Responses

Gmail Meter is a free service that automatically generates monthly reports about your email habits. It gives you a bunch of pretty charts showing how many emails you've sent and received, which days of the week and times of day you do the most emailing, and what your average response time is. It also gives you a list of the people you've exchanged the most messages with and what time of day they respond most quickly, which is pretty sweet.

But here's the chart I was most interested in, complete with fancy hover effects.

So last month I sent an email and got nothing in return 270 times. That is not a happy statistic.

But what can I do about it? Gmail Meter has confirmed my fear that people aren't responding to me, but it doesn't give me a way to find these 270 emails.

Time to dig a little deeper. And that lead me to my next finding.

As It Turns Out, I Don't Always Want a Response

I did some googling to see if I could find a way to surface emails that don't get a response, and I found a fancy script that does just that. You drop the code into Google Scripts (not as scary as it sounds) and do a minimal amount of set up, and then it completes a nightly check for emails you've sent in the last 5–14 days that haven't received a response. If it finds any, it adds a "No Response" label to them.

This is super cool.

Now, I can look in the "No Response" folder and see all the emails I've sent that weren't responded to within a couple of weeks. And, honestly, I've found some gems. This has enabled me to revitalize some exciting conversations that I otherwise would have forgotten all about.

But there is a downside: As it turns out, I don't always want a response. Whenever I scroll through my "No Response" folder, I invariably find a ton of "Okay, sounds great," or "Thanks for letting me know," or "Yep, talk soon" sort of responses. These don't require any follow-up and just add noise to an otherwise very helpful filter.

(NOTE: The script also adds an "Ignore No Response" label you can add to these sorts of messages to prevent them from getting marked as "No Response." I've been trying to get in the habit of applying that label whenever I send a conversation-concluding email, but I usually forget to do it, so it hasn't helped all that much.)

So I need a system that will remind me to follow up on important emails and not bother me about unimportant emails. This led me to turn to email-tracking software — HubSpot's and the competition's, which led to my final finding.

Using HubSpot Sequences With Which Integration?

Now, obviously I'm a huge proponent of HubSpot Sales. In fact, a large part of my job description is teaching people how to use our sales tools, and I use them a lot myself. But the truth is, they were designed with sales reps in mind, and I'm not exactly a sales rep. And chances are, if you're reading this article, you probably aren't, either.

That being said, I do use email templates a lot. Right now, I personally grade every practicum that's submitted for the HubSpot Sales Software Certification, and I've created an email template in my HubSpot account for the most common mistakes people make. This way, when I see that someone's made a mistake, I can compose an email to them, drop in the template that explains how to fix the mistake, and hit send. It saves me a ton of time. 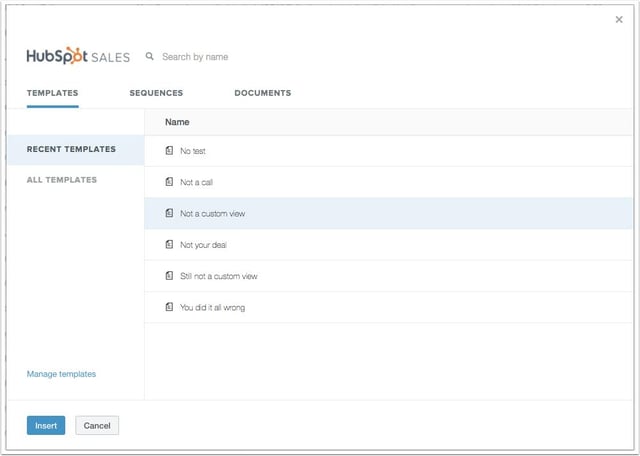 More recently, I took those templates and turned each one into a Sequence.

Each Sequence is an email template plus a task, so if they don't respond within a week, I get a reminder to follow up with them. The problem is, this only helps when I'm sending templated emails. And, for me, that's a pretty small subset of the total emails I send in a given day.

So I started looking at the competition. Boomerang is what I used back before I worked at HubSpot. It's a Gmail extension that gets its name from a feature that tells you when one of your emails hasn't been responded to. When you send the email, you can select how soon you'd like to be reminded to follow up, and if the email doesn't get a reply in that time, it boomerangs back into your inbox.

For me, that's not a great solution because, as I said, my inbox is already a messy place. But one thing I really admire about Boomerang is its flexibility — instead of having messages pulled back into your inbox, you can have them starred and/or marked as unread and/or labeled as "Boomerang-Returned." So, similar to the script, you could have a folder in Gmail that you work through to make sure you remember to follow up with people.

But Boomerang has the opposite problem to the script: You have to remember to check the "Boomerang this" checkbox on the emails you don't want to forget about. FollowUp.cc has the same problem.

So, right now, I'm using Gmail Meter to make sure things don't get out of hand, that script to make sure nothing gets missed, and Sequences to assign myself follow-up tasks for the people who need their practicums graded. Near as I can tell, that's as good as it gets.

What about you? Anyone out there have a better way of making sure nothing slips through the cracks of their inbox?