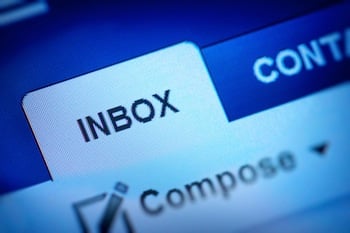 Reputation. What all high schoolers fear, PR professionals make money on, and marketers must pay special attention to -- especially when it comes to email.

All too often I have seen marketers focus on the email itself- nailing the right subject line, content and design, but not spending nearly as much time on the quality of the recipient list. This is important because according to Return Path, 83% of email delivery failures are caused by reputation problems (tweet this stat).

From a technical perspective, I can tell you that while content is important, optimizing the quality of your list is an entirely underrated, but extremely essential part of email marketing. Why is this you ask? Let me explain.

First lets talk about the reputation of an email sender. The most basic form of reputation is called a “sender score”. This is basically your reputation on a scale of 1-100. Every sender has one and it is one thing servers use to filter out less than reputable senders. If you use a shared sender like HubSpot, your sender score is affected by others using the service, so these companies will make sure that everyone is playing the email sending game fairly which often leads to a higher score than sending on your own.

The second form is your domain’s reputation with a recipient’s server that says you are a good person from whom to receive mail. This is the more tricky part to control , since your customers are living, breathing people who change their minds all the time.

To understand this more let’s look at the way email sending works.

Servers, are smarter than you’d think. Just like you, they are taught the idea of “stranger danger”, and they know who their friends are. During this conversation several things can happen:


Once an email address bounces or a user unsubscribes or marks your email as SPAM, we take that as feedback that a user no longer wants to hear from you. The next time you try to send to these people, you will see them marked as ineligible in your send.


But if my sender takes care of filtering out the bad ones, why should I worry about optimizing my list?

Great question. First, part is purely self-motivated. As marketers, we love stats. While it is great to have a high number of subscribers, it is 234,980, (not a real stat, don’t tweet this) times better to have a high open rate or click rate.

The second reason is that email servers are perceptive. They realize that if a type of message is left unopened time after time, you are unlikely to open messages like it in the future (ever had an email you used to receive start ending up in your junk folder?). They also realize that messages sent out in bulk sends with very low engagement rates are probably not going to be relevant to you either. Think about it, how many people actually want an email about that vacation they took that one time but never will again.


Now that everyone is sufficiently panicked, what can we do about it?

First stop panicking, and keep in mind that according to Epsilon, the average open rate in Q2 2014 was 30.8% with the average click rate about 4% (tweet this stat). This also varies widely depending on what industry you’re in. It doesn’t mean that a high or low open rate will make or break your reputation, but it certainly helps to keep your lists groomed to people who find your content relevant.

Here are a few suggestions to narrow down to those people:

BONUS: Now that I’m on a roll, what else can I do to increase my deliverability to inboxes.


Besides optimizing your email lists there are a few other things you can do to improve ultimate engagement with your lists:


Have your customers add your sending email addresses to their address books. It’s like having someone say your name at the door of the club. An email is much more likely to be accepted if you are on the list of VIP senders.

Set up your own Sending Domain. This is more of aesthetic change that helps recipients be more comfortable engaging with your email. This removes the “via HubSpot” on your email certificate and adds a layer of security behind the scenes.

Create engaging content. Ok, so this is still important, for all of the reasons mentioned above. Users need to interact with your email in order for it to be deemed legitimate.

When all is said and done in email marketing, there is a lot to consider. The good news with list optimization is that unlike the witty content creation you spend hours perfecting, it can be done on an every so often basis. It is important to do it though, as good reputation means good deliverability, good deliverability (plus good content) means good engagement and good engagement means happy boss- and customers! Don’t you feel you owe your high school self the best reputation you can get?

Psst! Before you go optimizing crazy- as a member of our support team I have to add, the best thing about all my suggestions is that instructions for them can be found in our trusty knowledge base! Especially on our Email User Guide. If you want to debate the finer points of these articles, you can do so in the comments, or ask me directly by tweeting @HubSpotSupport!