How To Make Your Ecommerce Customers Thankful For You 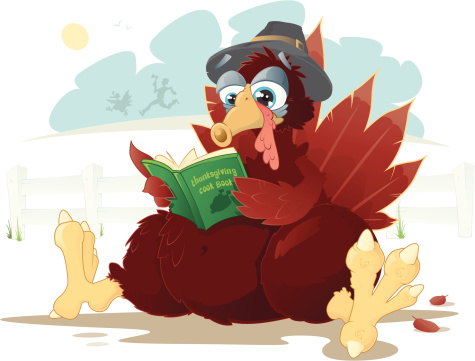 First off, Happy Thanksgiving to our American readers! I woke up this morning thankful for my friends, my family, my colleagues, and our readers. I also woke up thankful for Google, Starbucks, and DirecTV. I find it very odd that these brands would worm their way into warming my heart this morning, and I thought that might be an interesting thing to discuss today.

I'm very thankful to the thousands of new readers that have made the launch of this new blog, the first we've dedicated specifically to inbound marketing for ecommerce, such a huge success. Although the world of B2C ecommerce has lead the way in many things over the last decade, as an industry we've fallen behind the B2B world in some of the critical areas of customer centricity -- one of the most important underlying philosophies of inbound marketing as a whole. Too many of us still treat our past customers as a homogenous group that we can treat the same way by blasting them coupons three times a week, and for our visitors who aren't customers yet we focus on being the cheapest instead of helping them make decisions.

I'm normally a very nice guy, but when the alarm on my phone went off at 6AM this morning I greeted it with hatred and loathing. I did not want to wake up that early, but my phone reminded me that I wanted to do a boxing workout this morning.

However, as I'm not on any particular schedule this morning (it's a holiday here in the US and the Packers game doesn't start until 12:30 today); I figured it couldn't hurt to sleep in. So I looked at my phone, said "Ok, Google, set another alarm for 30 minutes from now" and I settled in for a nice long snooze.

After my workout, we decided to head to Starbucks to relax for a bit before watching the parade. Lo and behold, their fancy steaming machine that magically makes steamed and espresso drinks was broken, so we settled in with the employees staffing here today with some tea as I decided to write this article.

I then immediately remembered that the parade was on today, and that if we stayed we'd miss the beginning. Fortunately, I have DirecTV which allows me to schedule a program for recording from my smartphone. We'll head back in a half hour or so to catch up, with the added bonus of not having to watch any commercials since we'll have a recording buffer (congratulations to the outbound marketers who thought their big commercial ad spend was going to be allowed to interrupt my holiday in any way).

So in addition to being thankful for my family and friends, I'm really thankful for these companies and how they made my morning smoother and more enjoyable, which will lead to me being a more valuable customer for them over time, but for none of what they'd consider a core part of their business model.

So, after the longest narrative setup ever for an expository blog article, let's dig into what happened to me this morning:

Jobs To Be Done

If you've never read "The Innovator's Dilemma" and the follow up article in HBR "Surviving Disruption", you need to. Add it to your reading list for this weekend when you need a short break from family. They're excellent examinations of what caused the disruption of seemingly indomitable brands in the past, and recipes for those of us who want to build and protect sustainable companies for the future.

One of the key concepts in their theory of disruption is the "Job to be done" - the actual "job" or function that a customer is "hiring" you to perform. A common example they use is the concept of the point-and-shoot digital camera, which was disrupted by the inclusion of a camera in cell phones even though that market wasn't the core intended market for the cell phone manufacturers, because they failed to understand that the "job to be done" for small point and shoot cameras is in capturing a moment (even though their ad agencies clearly understood this and paraded Ashton Kutcher around capturing moments at parties). Because of its ubiquitous presence in our lives, cell phones were actually better positioned for this particular job. Fortunately for Nikon and the other camera manufacturers, cell phones are still poorly positioned for another job that a different kind of customer "hires" them for - creating great art. The cell phone manufacturers have not yet managed to overcome the physics of light which require a modification in the reception of light using lenses rather than digital modification to execute certain shots. Because of this, there's still a robust consumer demand for their products that can fulfill this need.

I've been meaning to write in more detail about jobs-to-be-done for a while, since they form the most important part of the psychographic dimensions of buyer personas that power modern inbound marketing campaigns. Not enough companies engage in these deep, introspective analyses of jobs-to-be-done for consumers - and those brands that do have much higher customer happiness and retention.

What made me so thankful for Google, Starbucks, and DirecTV this morning was the fact that they understand and have solved for the jobs I'm hiring them to do.

Google powers my phone (Galaxy S4) and Google Now is a fantastic digital assistant app that can understand my muddled speech at 6AM and turn it into real actions with minimal effort on my part. The job I'm hiring Google Now to do is to make my life easier. It let me know this morning that the wedding rings I ordered (I'm getting married soon -- the thing I'm probably most thankful for) had shipped, that the Packers game was still set for 12:30, that my family member's flights were on-time, and that my dog a published a new article to her blog (yes, my dog has a blog -- I use that for personal motivation whenever I'm feeling I can't keep up the pace of blogging that inbound marketing requires. If my dog can blog 3x/week, so can you and I). Google is another great example of the most valuable ecommerce business model.

Starbucks, one of the great role models for solving jobs-to-be-done to optimize customer life time value (their average customer LTV is a staggering $14k), is open today. Even though their fancy machine is down, I just ordered a hot tea, settled down into a comfortable couch, and logged on to their wi-fi to write this. Starbucks knows that the job I'm hiring them to do isn't just the cup of coffee -- in fact they apparently can not have that at all and I'm still here -- it's the experience of being somewhere conducive to creativity (which my house is not -- especially when filled with lots of people) as well as chat with my neighborhood friends. Even though they have to work on Thanksgiving, their employees are happy and smiling (even though I wasn't when I first got here).

DirecTV understands that I'm hiring them not just to watch the parade, which I could do on any local network, but to make my entertainment and media life independent of where I am physically. I literally bought DirecTV to begin with just because I live in a suburb outside of Boston and they rarely show the Green Bay Packers here. DirecTV has extended this freedom to me not even having to be at my house. I can watch games right from my phone or (as was the case this morning) control my TV and recordings from anywhere when I forget that something's on that I wanted to watch.

Solve for the customer

If I had to pick just three blog articles for you to read that we've written thus far, it'd be this one, this one, and this one. All of them are popular articles, even though they're longer than our usual articles, and they all center around a central theme: Solve for the customer.

Not in a frilly, warm-and-fuzzy, unicorns-and-rainbows kind of way. Customer centricity isn't just about being thankful for your customers and sending them season's greetings. Customer centricity is about engaging in deep studies to understand what they want to hire you to do and creating an end-to-end consumer experience that's loveable and value-added for them.

This is where ecommerce marketing is slightly different from the B2B world. While they had to learn the concept of "Smarketing" (sales + marketing alignment), it's inherent to us because ecommerce marketers tend to own the entire experience that the customer has with our brand. There's no insulating layer of another human who has to be involved with each customer and can focus on creating a highly customized and enjoyable experience for them. The onus is entirely on us -- the ecommerce marketers -- to make the entire customer lifecycle with use enjoyable and value-added.

Once ecommerce marketers understand that they're not solving for a transaction, they're solving for a long-term customer relationship, all of the pieces fall into place. Starbucks isn't trying to sell me a $5.90 latte, they're trying to earn a share of my time and retain me as a transactional customer for life. They do this by understanding what makes their coffee different from my Kuerig -- and that's their key advantage in surviving disruption from those kinds of machines that can make coffee that's just as good.

That's also why, assuming the variables of my current behaviors with Starbucks remain constant, I'll spend more than $30k with them in my lifetime -- and thank them for it. 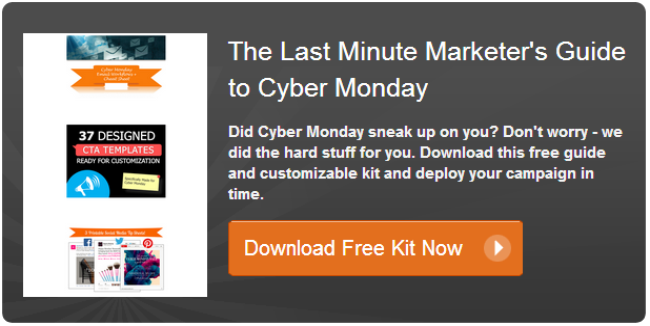