Psychology of Selling: Sprint Toward the Finish Line 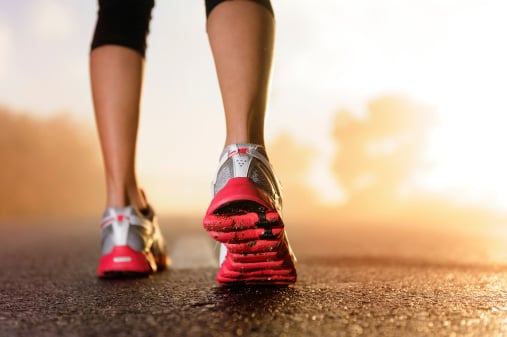 Picture your buyers as cross-country runners for just a moment. They gather at the starting line, thinking solely of just how far they have to run before they can reach the finish. The course is laid out before them, familiar and rewarding. When the gun goes off, what do they do?

Do they take off like that shot, putting everything they have into the first five, ten, or even twenty minutes of the race? Do they exhaust themselves before they even get within sight of the finish line? No. They save up for that final push. When the end draws near, that’s when they put all their effort into a big finish, with 100% of their bodies and minds.

It’s not an unusual phenomenon, either. Gymnasts and ice skaters save the coolest skills for the end of their routines. Arias often end with the “money note.” Even fireworks displays go out with a bigger bang than they came in with. And then, there’s dessert. It’s just natural for us to get more excited, to give more of ourselves, when the goal is within sight. When used in ecommerce situations, it’s also called the goal-gradient effect.

How Goal-Gradient Effect Works When Money Is Involved

Think for a moment. The last time someone asked you to take a look at some crowdfunding campaign, what was the first thing you looked at once you reached the page? The second? If you’re like most, the first thing you noticed was the amount needed to reach the goal. The second thing most notice is the amount of time left before the campaign ends. As the amount creeps closer to the goal, more and more people hop in with their contributions.

The same phenomenon happens with charitable collections. While the main reason for giving is often to feel accomplished, to feel happy, the looming deadline also places a certain social pressure on contributors. In fact, many will want the distinction of being the donor that pushed the money over the mark. There are actual studies that prove this phenomenon.

How to Use Goal-Gradient Effect in Ecommerce

Because people are more likely to expend a greater amount of energy once the goal is in sight, the easiest way to adopt the goal-gradient effect for your ecommerce site is to do part of the work for them. There are quite a few ways to help the process along and get those buyers closer to the finish line. Let’s take a look at a few.

1. Save Customer Information for Later Use

By retaining addresses, card numbers, and email addresses, you can do most of the work for anyone attempting to check out on your site. When visitors are ready to make a purchase, they’ll be delighted that the hard part is complete and all they have to do is click one last button.

2. Give a Head Start on Loyalty Programs

Whether you use a point program or a simple “Buy 10, Get 1 Free” plan, you’re better off giving buyers a head start. If you give starter points or credit for two purchases, buyers get more excited about the distance to the finish line.

If you’re running a special, make sure the deadline is clearly marked. In fact, a countdown clock is the perfect way to inspire urgency and pull in some last-minute buyers. When buyers make the purchase, congratulate them as though they just won a big race.

Even after you perfect the use of this phenomenon, you’ll have to content with a few drawbacks. The biggest, of course, is that buyers return to the start after achieving their reward. In many cases, starting over from scratch after receiving a leg up the first time around can be discouraging. Keep them involved with other things, such as rewards outside the loyalty program, targeted content that piques their interest, or invitations to share their opinions. When new chances to race toward a finish line are introduced, they’ll still be right there, ready to run.

What other ways do you see the goal-gradient effect in your ecommerce business? Have you ever used the phenomenon to your benefit?