The Psychology of Ecommerce Sales: Setting Your Prices 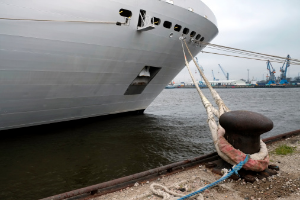 Probably a million different factors go into setting the prices for your products and services. Obviously that’s a gross exaggeration, but the number presented has you thinking already, doesn’t it? This is due to "anchoring bias", where the first number you see is the one you judge all others against while making a decision—unless, of course, the number shown isn’t plausible. It’s up to you to decide if a million is plausible, though.

You’re certainly welcome to put whatever price you choose on your products, but that doesn’t mean buyers will pay. In fact, you really have no say whatsoever on the actual value. When it comes right down to it, the value is exactly what buyers will pay. If your price is too high, buyers will let you know by walking away. At this point, lowering your price won’t help you. The first number presented is the one by which consumer will judge any other number. When the first is too high to be considered realistic, any following numbers will also be perceived as unrealistic.

The same can also be said for a product with a price tag that seems too good to be true. A low, low price might lead buyers to perceive the product as cheap. Attempts to change the price at a later date will only convince consumers that you’re trying to widen your margins on a product that probably isn’t worth owning.

Using Anchor Bias to Your Benefit

Anchor bias is most notably used in the car sales industry, which might give you immediate insight on how to use the phenomenon. As long as the first price you set is realistic, anything lower that you introduce after looks like an increasingly better deal.

Let’s say you have a really cool T-shirt you want to sell on your ecommerce site.  People have seemed pretty jazzed about the previews, so you decide to go for broke and charge $99.99 on the day of release.

“For a T-shirt that probably cost two bucks to make? No, thank you.” That’s the sound of your buyers closing their browsers and heading to the fridge for a beer.

So, you lower the price to a much more realistic $19.99. Do the buyers come back and give you twenty bucks? Nope. They’re still stuck on “two bucks to make.” Also, they might be a little miffed that you tried to get a hundred dollars for it the first time around.

Now, let’s think about a slightly different scenario. Let’s say you debut the shirt for $25.99. Still a little pricey for a T-shirt, maybe, especially for an unknown designer such as yourself, but it’s a pretty cool design. Will you have takers? Probably quite a few. Then, when you decide to put that shirt on sale in your ecommerce store with the price marked down to $15.99, you’re going to catch the attention of quite a few more people. They know the regular price is almost twenty dollars, so $15.99 seems like a really good deal.

Ecommerce marketers frequently use this tactic on the product detail page when they show discounts. Check out this product listing from CheapHumidors: 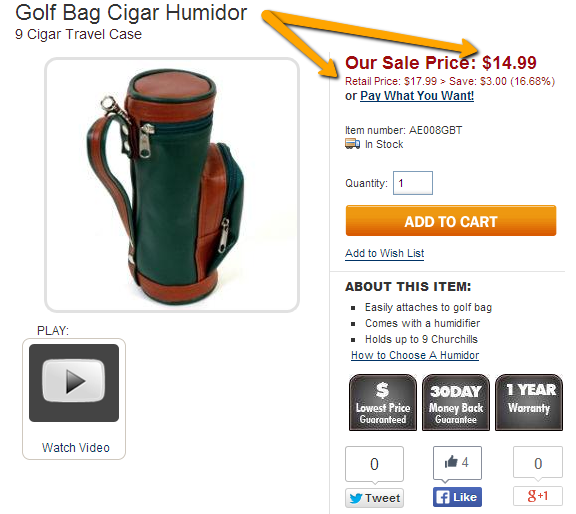 When Anchoring Effects Break Down

There are a few cases where anchor bias just won’t happen. This can be a bummer if you’re planning to use anchor effects in your pricing strategy. For one thing, truly savvy buyers, like the ones who know a T-shirt doesn’t cost much to produce, might simply reject your pricing outright. They know your markup, and they’ll go somewhere else to get similar products at lower prices.

And that brings us to another instance when anchoring effects simply won’t work. If you’re planning to sell products that people are already familiar with, your pricing strategy won’t help you much. You may be able to get away with slightly elevated price tags for items that are perceived to be of better quality than others, but consumers will generally go to where they can get the best deal.

Have you ever used anchoring effects to your benefit? How did customers react to lower prices after being first introduced to the anchor price? Is there something we forgot to mention? Let us know in the comments!