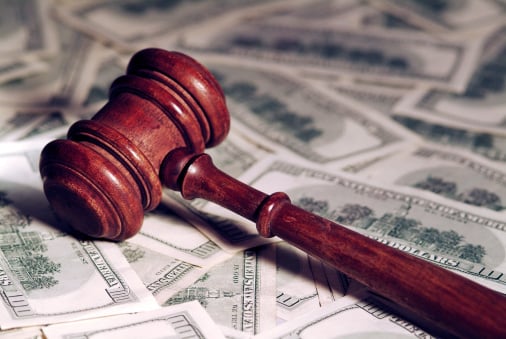 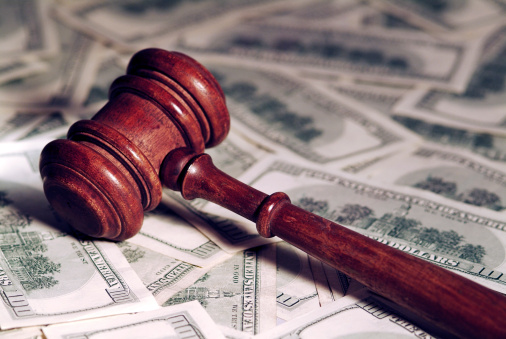 If you write about or work in tech as I do, you hear a lot about progress. It’s kind of our mantra. We’re making the world a better place. We’re making progress.

But there are also forces opposed to progress. You could call this the anti-progress movement. Ironically, some of the biggest contributors to this movement are tech companies.

One example: Comcast has been donating money to defeat the mayor of Seattle, because he’s been a proponent of installing high-speed fiber at lower costs than what incumbent providers charge. That's anti-progress. Comcast is actually spending money (that it got from customers) to hurt customers.

But a better and far bigger example of anti-progress comes from Apple and Microsoft, which have joined forces and invested billions of dollars to create a shell company. The sole purpose of this venture is to sue Google and derail its Android operating system.

Sneaky? Yes. Not to mention selfish, ignoble, disgusting, cowardly, craven, and anti-competitive. But worst of all, it's anti-progress.

First, the backstory. In 2011, Apple and Microsoft (and a few others) created a shell company called Rockstar Bidco, which spent $4.5 billion to buy 6,000 patents from Nortel, which was going out of business.

Now, Rockstar is using those patents to sue Google and other companies that make smartphones that run Google’s Android operating system. This is a massive assault on the entire Android platform.

On the surface, the aim is to extract fines and license fees from Google and its handset partners for infringing on patents. Below the surface, the real goal is to force Android out the market.

The idea is that, faced with the prospect of paying huge fines, Google’s handset partners might drop Android and use something else, like Microsoft’s Windows Phone.

At the very least, Google and its partners are looking at a big, expensive headache for the next few years. In other words, this is a campaign of harassment.

It's the Money, Not the Principle

Apple has been suing Google’s partners for years. For the most part, Apple has lost. Nevertheless, it has been scoring points by forcing companies like HTC and Samsung to spend a lot of money on legal fees and getting lots of press that portrays those companies as cloners and copycats.

Basically, these lawsuits have been an expensive marketing campaign.

Apple has defended its actions, talking about values and innovation and principles. Apple said it had no choice but to sue because Samsung had copied ideas that were created by Apple. That won’t fly this time.

Rockstar is a flat-out patent troll. Apple didn’t invent any of the ideas protected by these patents. Neither did Microsoft. The ideas came from Nortel. Apple and Microsoft just bought a bunch of grenades to lob at Google.

Wired visited Rockstar last year and produced a profile of the company. It has 32 employees who spend all day reverse-engineering products looking for patent violations. That's all they do.

Apple and Microsoft will play coy and say they have nothing to do with Rockstar, which is a standalone entity. That’s not just smart PR -- it's also a clever legal tactic.

In most patent litigation, the parties can settle by doing some horse-trading -- "I give you a license to infringe on my patents, and in return you let me infringe on yours."

But Rockstar doesn't make any products, so it doesn't need to license any patents from Google or anyone else. "Because [Rockstar] doesn’t actually make anything, it can’t be countersued in patent cases," Wired pointed out last year.

By creating a shell company that acts as a front, Apple and Microsoft protect themselves from being countersued by Google.

This may be effective, but there is simply no way to dress this up as anything other than scuzzy. As Silicon Valley investor Paul Graham put it after Rockstar launched its attack: “The world changed today. Apple definitively crossed over into evil. (Microsoft is merely pathetic.)”

What makes this even more strange is that Apple and Microsoft were vicious enemies during the PC era. Back then, Apple sued Microsoft, claiming Microsoft had stolen its ideas. Nothing came of it.

To be sure, Apple and Microsoft have also worked together on certain things. Microsoft even bailed out Apple when the company nearly went bust in 1997. But in the smartphone and tablet market, these two have been fierce competitors, often lobbing potshots at one another.

So, why are these two enemies suddenly holding hands and creating a mutual patent troll? Because they’re scared ... and they should be.

Over the past few years, Android has grabbed 80% market share in smartphones, according to IDC. Meanwhile, Apple has seen its share slip to only 13%, and Microsoft's is now at 4%.

How do they fight back? They can’t win in the marketplace, so now they’re turning to the courts. This is anti-progress at its finest.

Who Gets Hurt? Us!

The real victim here is not Google or HTC or Samsung -- it’s all of us.

Say what you will about Android. Maybe you don’t like it. Maybe you think Apple’s iOS or Microsoft’s Windows Phone is better. It’s a matter of personal preference. As my nana used to say: "De gustibus non disputandum est" ("To each his own").

But that is beside the point. The real issue is that Android is a free, open-source mobile operating system, available to anyone. It's enabling the creation of thousands of different devices, some at a very low cost. Android has the potential to put computing into the hands of billions of people who otherwise could not afford it.

Even if you don’t use Android, or don't like it, I don’t see how you can view the platform as anything other than a force for good in the world.

And this is what Apple and Microsoft want to stop. That’s rotten. Yes, it's business. Apple and Microsoft answer to shareholders, all's fair in love and war, blah blah blah. But it's still rotten -- not just to those people around the world who might be deprived of an affordable smartphone or tablet, but also to Apple fans.

Why, you ask? Because even if you love Apple and would never use anything other than Apple products, you should be grateful for Android. Android keeps Apple on its toes. Android forces Apple to keep getting better.

What Apple is saying with its lawsuits is that it would rather have no competition. In Apple's dream world, customers would have no choice, and Apple could do whatever it wanted, on whatever schedule.

Apple would have virtually 100% market share in mobile devices and could charge whatever price it wanted. That world, to Apple, would be just fine. Would it be just fine with you?

Think about how much money this whole legal battle will cost, and then think what else could be done with that money.

Adding injury to insult is that the only reason Apple and Microsoft can afford this crazy stratagem is that they have so much money on their balance sheets -- money they got from customers, whose interests they are not hurting. The mind reels.

But that $4.5 billion was only the beginning. How much will be spent on litigation, among all the parties? Maybe another $1 billion? Then there may be fines and licensing fees.

Finally, there will be the hard-to-measure-but-nonetheless-real toll on productivity inside every company that has to hire legal teams and go through discovery and give depositions. New products will get delayed. Old ones will get held up at customs.

The impact ripples all the way down the supply chain at every manufacturer and out to all the retailers and carriers as well. Maybe the total impact of this entire campaign rolls up to $10 billion. What else could you do with $10 billion?

Well, you could create thousands of new companies. That's what. Heck, you could feed starving kids, or cure malaria, or build a Hyperloop. You could give the money to charity: water and everyone in the world would have clean water, forever and ever, amen. You could use that $10 billion for progress.

Instead, it's being devoted to anti-progress.

A bunch of lawyers will line their pockets. And a free operating system that could bring computing to billions of people will get slowed down.

Apple and Microsoft might pick up a few points of market share in smartphones, but even that's questionable. Historically, the tech companies that file patent and copyright lawsuits have not accomplished much.

In the 1980s, Lotus sued Borland over the “look and feel” of a spreadsheet -- and failed. Apple sued Microsoft over Windows -- and failed. Microsoft funded a proxy fight against Linux (the actual case was SCO v. IBM). What did they get? Nothing.

In fact, once you’ve seen enough of these lawsuits, you start to recognize a pattern: The companies that file them always do so out of desperation because they know they’re in trouble and are turning to litigation as a last resort.

Apple and Microsoft won't win this. But now, they will be on record as caring more about themselves than they do about their customers.

As for Google? Google won't suffer. Google has $56 billion in cash. It is inventing self-driving cars, Google Glass, and God knows what else. Google will be just fine.

In fact, it may be that Google should take these lawsuits as a compliment. Because do you know what it means when your two biggest rivals, who hate each other, team up and spend $4.5 billion to file a bunch of lawsuits against you, just to be a nuisance? It means you’re winning.