4 Predictions Marketing Experts Got Wrong About Social Media in 2020 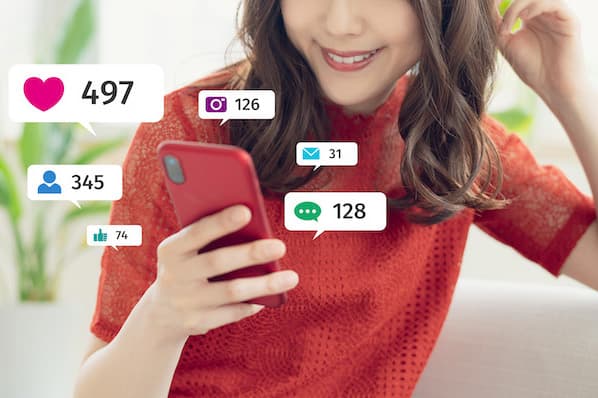 As a marketer, reading trending predictions or industry forecasts is the norm.

But sometimes you just want to pull a Regina George and say, "Stop trying to make fetch happen. It's not going to happen."

We've all been there, especially with social media predictions.

Although we're always trying to forecast what the future holds so we can run successful campaigns and strategize for the future, things don't always go as planned.

Sometimes we even get it wrong.

In this post, we're going to look at the top social media predictions that marketing experts got wrong.

1. Google would have a successful social media platform.

Google has been trying to get into the social media game for years. In fact, the company started Google Wave in 2009, Google Buzz in 2010, and Google+ in 2011.

But one after the other, the projects were discontinued or defunct.

However, not everyone saw the writing on the wall. In fact, industry experts were optimistic about Google+.

Although I was never convinced as a user (call me a late adopter), when new social media platforms come around, especially by industry giants like Google, marketers pay attention.

Even when the Google+ founding father left Google, marketers at Marketing Land thought the social network still had a chance. 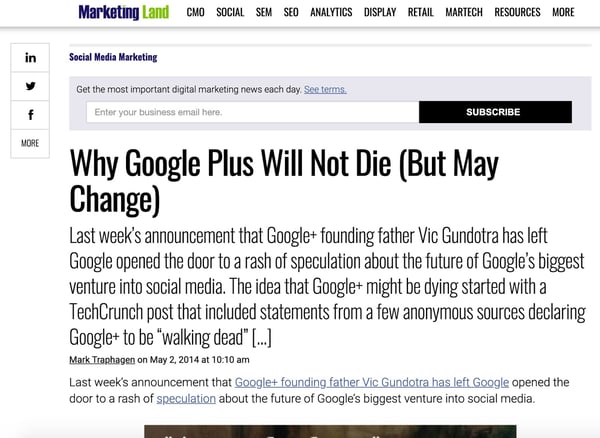 In 2014, Mark Traphagen predicted that "Google+ the social network and user data infrastructure of Google is not going away" and "the Google+ project has been an incredible success because it drove the unification of Google products."

As it turns out, Google+ happened to follow in its predecessor's footsteps and is officially defunct.

“Google Plus? More like Google Minus! Am I right people?”
-Me if I were in the #demdebate

Is it me or is there always Facebook drama nowadays?

With the Cambridge Analytica scandal, the trending hashtag #DeleteFacebook, and the election scandal, Facebook's reputation has continued to decline.

In fact, some marketers thought the social network would see a decline in users due to the drama. 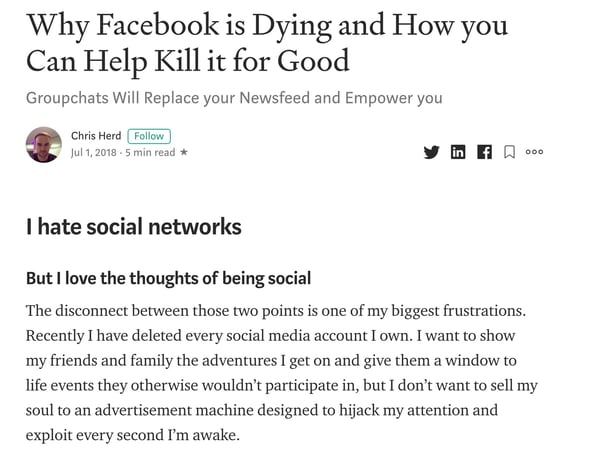 But, if you were one of the people that thought Facebook would see its end, it turns out you were wrong … so far.

According to HubSpot research, 60% of survey respondents said they haven't left Facebook despite the drama and don't plan to leave.

Even after the Analytica scandal, Facebook still saw a 1.6% increase in active users.

It appears that Facebook users are too invested to cut the chord completely. Facebook has stored memories and connects people to old friends and family.

Virtual and augmented reality have been the buzz topic on social media for years now. It seems like I'm always reading about how it's going to grow like crazy.

In 2015, Business Insider said virtual reality would grow like crazy in the next five years. They predicted that "26.5 million units would be sold in 2020."

Additionally, in 2016, Fortune predicted that VR would sell 200 million headsets worldwide by 2020.

According to the latest estimated figures, only 7 million VR headsets were sold in 2019 and 14 million are expected to sell for 2020.

With VR, it appears that slow and steady wins the race. Maybe the industry will get there one day.

4. Anonymous social media will get bigger.

Do you remember the social media platforms Secret, YikYak, and Whisper?

But in 2015 Ryan Holmes, CEO at Hootsuite, predicted that "demand for anonymous social media will only get bigger."

As it turns out, the struggles seemed to continue. There were constant issues of cyberbullying and harassment.

The apps closed down one after another. Secret dissolved in 2015 and YikYak shut down in 2017.

And it looks like Whisper is on the same trajectory. In 2017 the app had to lay off 20% of its employees to save the company. Now, they're having privacy issues. According to "The Washington Post", private data was publicly available.

Plus, the app continues to fall in popularity, landing at 122nd in social networking in the iPhone app store.

Although it can be hard to admit, marketers don't always get it right. And that's okay. All we can do is use the data available to forecast industry trends so we can plan for the future.

The True Impact of Social Analytics on B2B Funnels

How to Create a Sensible Social Media Strategy for Your Business