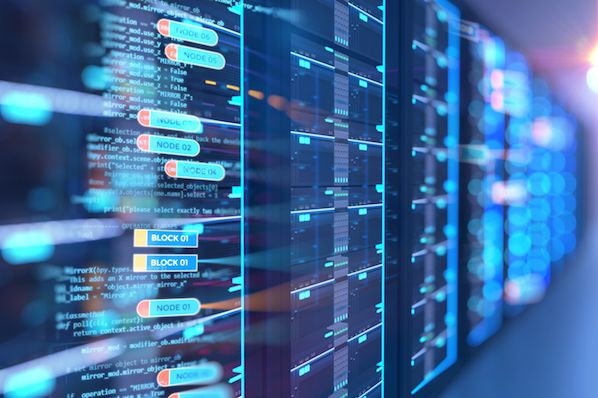 It doesn’t matter if you’re Bitcoin evangelist or a fierce opponent of the cryptocurrency, with a market capitalization of over $100 billion, it's clear that Bitcoin is one of the most valuable and sought-after cryptocurrencies on the market.

Bitcoin isn’t a legal tender backed by any government, though, and only a tiny fraction of the world’s customers and merchants transact with it. So if most consumers don’t use the cryptocurrency as a currency, which is its intended use, why does it have so much value?

It's because of Bitcoin's underpinning technology -- Blockchain.

You’ve most likely read about Blockchain on the internet or reluctantly listened to your office’s crypto guy rave zealously about the revolutionary use cases of the technology. But learning how Blockchain actually works can still be a challenge if you’re not well-versed on the topic of cryptocurrency.

To help you understand how Bitcoin’s blockchain technology works and why it’s been able to propel Bitcoin to the top of the cryptocurrency market, we decided to write a blog post about it. And hopefully, you’ll be able to grasp the nuances of Bitcoin’s blockchain technology, and not have to listen to your office’s crypto guy talk about raising virtual cats with Blockchain anymore.

Blockchain, the underlying technology of Bitcoin, is one of the main reasons why the cryptocurrency’s price has skyrocketed over the past year and a half. The technology acts like a public, digital ledger of every single transaction made in Bitcoin, recording each transaction of Bitcoin into a database, copying the database, and sending copies to every computer, or node, in its network.

To make sure this ledger’s true state is verified and updated, each node in its network cross-references and communicates with each other to see if all the copies are the same. This publicizes and validates every single transaction of the cryptocurrency. It also decentralizes the cryptocurrency, removing the need for a financial middleman to verify its transactions, like a bank.

If a node notices one of the ledger’s copies isn’t the same, due to a manipulation of a transaction’s record after the fact, the network rejects the transaction. This security protocol halts people from altering the ledger to spend the cryptocurrency more than once or send someone else’s digital funds to themselves.

To update a blockchain with these new, verified transactions, a new block, which is a bundle of these transactions, needs to be created and added to the chain, which is all the blocks linked together. But to create and add a block to the chain, the block needs to be validated by the answer to a complex cryptographic puzzle. So Bitcoin rewards the individuals, groups, or businesses who are first to solve the puzzle with a payout of the cryptocurrency.

These validators, who use mining software and hardware to earn Bitcoin payouts, are called miners. Once a miner figures out the correct answer to the cryptographic puzzle, which is verified by each node in the network, they earn the block reward and a new block is created and added to the blockchain. Each block has a unique code, called a "hash", on one of its sides and the hash of the previous block in the chain on its other side, linking all the blocks together in a chronological and permanent fashion.

For Bitcoin miners, the block reward for validating one megabyte worth of Bitcoin transactions is currently 12.5 tokens. With one token’s value hovering at around $6,540 today, a successful miner could rake in approximately $81,750.

Validation methods like mining are called proof-of-work or PoW, and they're one of the reasons why Bitcoin and Blockchain are considered so innovative.

Incentivizing miners with payouts of Bitcoin to validate its transactions makes the cryptocurrency safe, secure, and trustworthy to use. Mining also releases bitcoins into circulation, which increases the odds that consumers and merchants will be more willing to adopt, accept, and trade it, boosting the cryptocurrency’s value.

But even though mining is economically beneficial to miners, consumers, merchants, and Bitcoin itself, digging for it can actually harm the environment -- Bitcoin miners are predicted to consume more electricity than the entire country of Argentina by the end of the year.

Bitcoin miners consume massive amounts of electricity because there’s a limited supply of Bitcoin. To avoid issuing the supply of Bitcoin too quickly, the cryptocurrency makes the cryptographic puzzles that validate each block increasingly more difficult to solve, allowing them to cap the number of blocks that miners can package and link to the chain each day.

As a result, the more challenging these cryptographic puzzles get, the more electricity miners have to use.

To help further your understanding of how Bitcoin’s blockchain works, here’s a quick and simple example of a transaction made in Bitcoin:

Jack agrees to sell his motorcycle to Jill for one bitcoin. The record of this trade lists its transaction details, which includes a time stamp and a unique cryptographic signature.

The transaction then gets distributed to every computer or node in the network, who scan and cross-references every copy of the database or ledger to make sure the transaction is unique and valid.

If the network approves the transaction’s validity, miners package the transaction into a block and race to solve the cryptographic puzzle that validates the block. Once a miner solves the puzzle, the miner gets a block reward and the block is added to the chain.

Finally, Jill receives the motorcycle from Jack, and Jack receives one Bitcoin from Jill.

The Ultimate Guide to Blockchain