7 of the Best Bitcoin Mining Hardware for 2021

Despite the profit potential of mining Bitcoin, your Bitcoin mining hardware’s upfront and energy costs can actually do harm to your bank account. 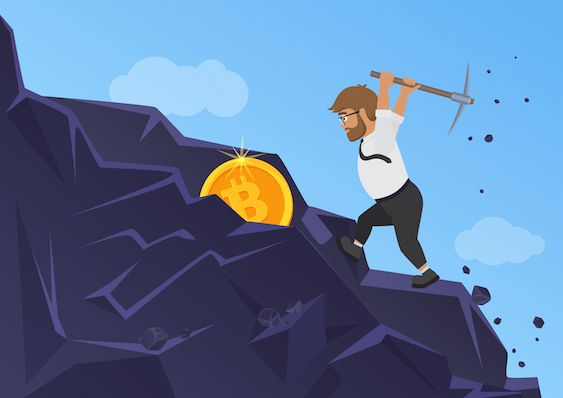 Picking the wrong hardware could cost you more money to operate than the amount of funds you earn mining Bitcoin with it.

7 of the Best Bitcoin Mining Hardware of 2021

Since it's considered the most popular Bitcoin mining hardware in the world, the Antminer S9 is entirely sold out on Bitmain’s website. Fortunately, though, Bitmain released the Antminer S9i for only $499 this May. The S9i boasts a hash rate of 14 TH per second and an energy consumption of 1,320 watts, which makes it one of the most efficient Bitcoin mining hardware out there.

If you’re an intermediate or expert miner trying to make a profit, the low upfront cost and high efficiency of the Antminer S9i could offset its somewhat lofty energy costs and help you make some money.

Naturally, there’s a lot of demand for the DragonMint T1, so you'll have to pay a hefty price of $2,729 to buy it. But if you’re an expert miner with low electricity costs, the power and efficiency of the DragonMint T1 could offset its high upfront cost and help you turn a profit.

With a hash rate of 12.5 TH per second and energy consumption of 1,576 Watts, the Antminer T9 is less powerful and efficient than the Antminer S9i, but it’s considered the more reliable option. It has higher quality chips compared to the S9i, so it’s more stable and doesn’t burn out as fast.

You should expect to pay around $500 for an Antminer T9. If you’re an expert miner who wants a durable mining hardware, this is a good option.

Even though it uses the most power out of all the hardware on this list, requiring 2,050 watts of energy, the Whatsminer M3X is also one of the most powerful, possessing a hash rate of 12.5 TH per second.

The M3X is also more affordable than other powerhouse hardware, costing $1,022, which can offset its high energy costs and help you earn a profit. If you’re an expert bitcoin miner with below average electricity costs, this could be the best hardware for you.

Bitmain’s Antminer R4 falls right behind the Antminer S9i in terms of efficiency, with a hash rate of 8.7 TH per second and a small energy consumption of 845 watts. Another one of the R4’s best features is that it runs almost silently, making it the ideal hardware for mining bitcoins at home.

The R4’s convenience and efficiency comes at a cost, though -- you’ll need to spend $2,999 to buy it on Amazon. If you’re a hobbyist or intermediate miner trying to make money at home, consider using the Antminer R4.

Listed at $300 on Amazon, the Avalon6 is one of the most affordable Bitcoin mining hardware, and it's the easiest to set up. But it also has low efficiency, possessing a hash rate of 3.5 TH per second and a relatively high energy consumption of 1050 watts.

Unless your electricity costs are extremely cheap, using the Avalon6 to mine more Bitcoin than it costs to operate is nearly impossible. The Avalon6 is best for beginners or hobbyists, since you’ll most likely never make a profit using the hardware.

Another solid Bitcoin mining hardware for beginners or hobbyists is the Bitmain Antminer S7. Its low $200 cost matches its low efficiency -- it has a hash rate of 4.73 TH per second and energy consumption of 1293 watts. But if Bitcoin’s price shoots up and you can find extremely cheap electricity, it’s possible to make a profit using the hardware.

A free guide and checklist to help you get started with crypto, NFTs, and more.