Learn more about bitcoin and more emerging technology with this free ebook.

You’ve got your Bitcoin wallet, address, and mining hardware. Now, all you have to do is get a free Bitcoin mining software that can help you effectively manage and oversee your hardware’s crypto dig. 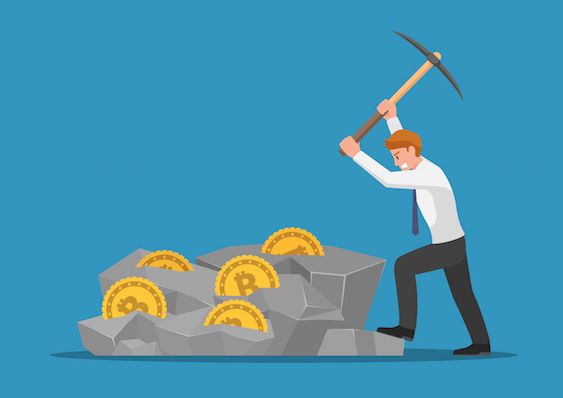 Like any popular, free product, though, there’s a lot of options to choose from. Without testing them all out, how do you separate the Doctor Peppers of mining software from the Doctor Thunders?

Fortunately for you, we scoured the web to find some of the absolute best mining software options for 2018.

We’ll cover their best benefits, features, and their compatible operating systems and mining hardware below. Read on to find your ideal Bitcoin mining software.

The crypto community generally considers CGMiner to be the best Bitcoin mining software on the market due to its great versatility. CGMiner is open source and written in C, runs on Mac, Windows, and Linux, and is compatible with three types of mining hardware: GPU, FPGA, and ASIC.

The mining software also has a ton of other benefits, like advanced detection of new blocks, remote interface capabilities, and an ability to scale to a hash rate of any size with zero delay.

Just like CGMiner, BFGMiner is written in C, so it can run on most operating systems like Mac, Windows, and Linux. The modular software miner is also compatible with mining hardware like FPGA and ASIC.

Some of BFGMiner’s best benefits are its ability to simultaneously hash on popular mining algorithms, like Scrypt and SHA256d, and mine multiple cryptocurrencies at the same time. Its other useful features include integrated overclocking, full monitoring, and fan speed control.

EasyMiner is a GUI-based, open-source frontend software upgrade for mining software like CGMiner and BFGMiner. The upgrade gives you a clean user interface and can integrate with your cryptocurrency wallet. It also allows you to mine various cryptocurrencies like Bitcoin, Litecoin, and others, but only with the Windows operating system and ASIC mining hardware.

When you start mining cryptocurrency with EasyMiner, you can either choose the “Moneymaker” mode, which sets you up with stratum pool to mine Litecoin, or the “Solo” mode, which lets you pick your own type of pool, the cryptocurrency you want to mine, and the custom hash algorithm associated with your chosen cryptocurrency.

Similar to EasyMiner, BitMinter is a GUI-based, open source mining software. But its versatility is what sets it apart from EasyMiner -- you can run it on Windows, Mac, and Linux and it’s also compatible with mining hardware like GPU, FPGA, and ASIC.

To mine Bitcoin with BitMinter, you actually need to join its Bitcoin mining pool, which has had over 450,000 users register for an account since 2011. BitMinter requires you to join the mining pool before you can use the software because they want to make it easier for their users to mine Bitcoin and win higher payouts.

BTCMiner is a cloud-based mining software with over 142,315 users. Anyone with a Bitcoin wallet and address, FPGA mining hardware, and an internet connection can mine cryptocurrency on the software.

One of BTCMiner’s coolest features is that its dynamic frequency scaling is based on error measurement, so the mining software automatically selects the frequency with the highest hash rate.

BTCMiner also boasts other great features like power save mode, overheating protection, and ready-to-use Bitstream, which lets you run the mining software without Xilinx software or a license.

DiabloMiner uses the OpenCL framework to swiftly conduct hashing computations and support unlimited amounts of mining pools for its users.

The mining software is compatible with GPU mining hardware and runs on Mac, but if you have any of the current Nvidia drivers or an ATI Stream SDK 2.1, it’ll run on any operating system. You also have the option of either doing solo or pool mining.

Considered the easiest-to-use mining software with its intuitive graphical UI, MultiMiner is also one of the most versatile. You can run it on Windows, Mac, and Linux, seamlessly switch from one type of mining hardware to another with it, and use it to mine different types of cryptocurrency.

One of MultiMiner’s most advanced benefits is its ability to automatically scan and detect your mining hardware’s details, like its average hashing power and the pool that it’s linked to.

The mining software can also give you the option to automatically mine the most profitable or lowest difficulty cryptocurrency at any given time and even displays your projected profits.

Awesome Miner is a robust mining software that can simultaneously handle multiple types of mining hardware, supports more than 25 mining engines, is compatible with every popular mining algorithm, and lets you manage multiple miners’ pools at the same time.

The mining software also features a dashboard that displays each of your hardware’s temperature and status, which lets you monitor its progress and health. Awesome Miner runs on Windows, but you can access the web version of it on any type of computer and operating system.