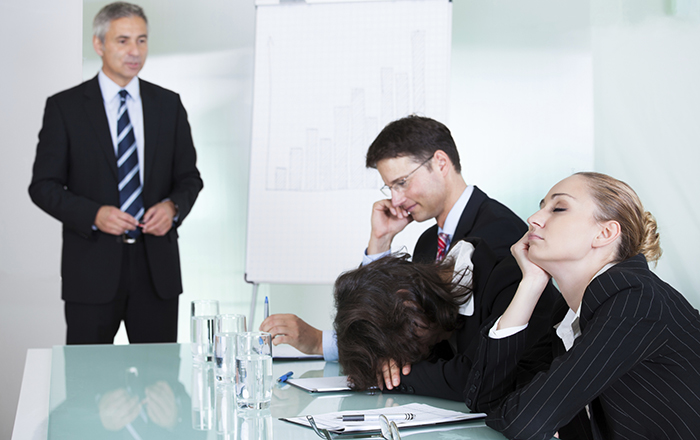 Not every brand is as exciting and sexy as Apple, BMW, or Red Bull. The reality is that many companies make products that are just plain boring -- but just because a product may be dull doesn't mean its marketing has to be.

But how do dull companies create content that gets so much attention? According to research by the University of Pennsylvania, viral content tends to be popular because it falls into at least one of four categories: awe-inspiring, emotional, positive, or surprising. So when viewers have one or more of those reactions, they want to share that experience with others -- regardless of whether or not the product is boring.

So read on to get examples of boring companies with campaigns that makes you feel one of those four emotions.

(And if you are itching for more examples, check out these other 16 boring companies creating awesome content.)

Correction fluid might be one of the world's most boring products. When Tipp-Ex wanted to promote their new whiteout tape, they knew they had to get creative. Timed to launch right around the start of school, this marketing campaign featured a series of customizable YouTube videos showing encounters between a hunter and a bear.

This video fits into three of the four categories, and is awe-inspiring, positive, and surprising. And after the campaign began, Tipp-Ex had:

These days, people don't usually get too excited about greeting cards. That's why Cardstone teamed up with ad agency Mullen to create a fake job description for a "Director of Operations" - aka "Mom." The job application included degrees in medicine, finance, and culinary arts. Only 24 people applied, and they set up a fake Skype interview for the position -- then compiled the interviews into the video below.

Because this ad made people realize just how much mothers do for their children, it hit all four categories of awe-inspiring, emotional, positive, and surprising. After the video launched it was quick to spread around social media and news channels. Cardstone saw:

Immediately following the 2014 Super Bowl, Esurance aired a commercial promoting a Twitter where the winner would get $1.5 Million. For a boring product like car insurance, this ad blew up because it was simple, featured something people would want to win, had immediacy (the sweepstakes only lasted 36 hours), had John Krasinski from The Office as celebrity endorsement, and was interactive.

Due to the reach and simplicity of this campaign, Esurance was wildly successful since their commercial was positive and surprising. Once the commercial aired, Esurance saw:

In general, airline safety videos tend to be ignored, and they certainly don't go viral ... that is until Virgin America hired famous director Jon M. Chu and a team of renowned choreographers, producers, and dance stars to remake their safety video. This campaign went against the boring industry standard, and because people weren't expecting an airline to have this much personality, the video quickly went viral.

The cast featured ten So You Think You Can Dance stars, two former Olympians, and one American Idol finalist. Due to the creative and engaging video, Virgin America was able to hit all four categories of awe-inspiring, emotional, positive, and surprising. After releasing the video they saw:

Trident gum (known in South America as Beldent) created an interesting experiment at Museum of Contemporary Art in Buenos Aires, Argentina. Since chewing gum is a simple, no-frills product, Beldent wanted to highlight its social benefits. They paired sets of identical twins -- one expressionless and one chewing gum -- and asked questions like “Who is more social?” and "Who is more likely to get a raise?" Here's how it all went down:

The campaign was a success due to the unique context in which it was presented and the fact that it engaged onlookers without being an overt advertisement for the specific brand. The video was shared because it is emotional, positive, and surprising, and Beldent saw:

So while all of these products aren't really that sexy, people want to share creative material that fits into one or more of the four categories: awe-inspiring, emotional, positive, and surprising. Even if you have a boring product, you can still create original, passionate content worth discussing.