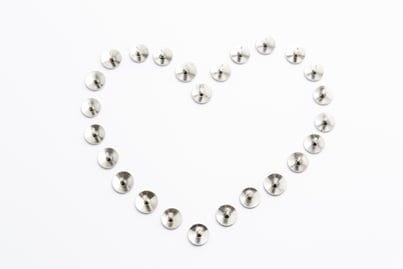 Pinterest is often pigeon-holed as only right for certain types of brands: fashion brands, wedding-related businesses, baby brands, travel companies, restaurants. That compels a lot of marketers to misguidedly ignore a fast-growing social network that brags 70 million users, and is the second-biggest driver of social traffic on the web. 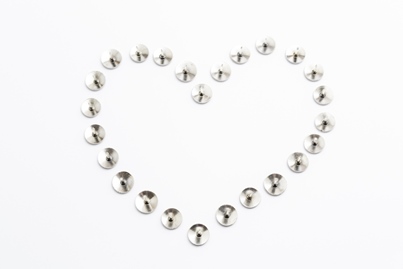 To spark some inspiration for your own business, here are 9 brands that you wouldn't expect to be rocking it on Pinterest, but are totally getting their Bruce Springsteen on.

Despite being bastions of higher learning, American universities and colleges are often painfully behind the times when it comes to social media. For instance, my alma mater -- Sarah Lawrence College -- is one of the artsiest places on earth, but reading their Twitter feed is the social media version of C-SPAN. It's a strange brand misalignment, to be sure.

Texas A&M, though, totally rocks it on Pinterest. Spending time on there makes me feel incredible affinity for a college I'd previously only known through my man crush on Johnny Manziel. There are Aggie Weddings! And Aggie Babies! And a tailgating board that makes me desperately want to build a time machine and travel to football season. In a world where colleges are increasingly reliant on alumni donations, A&M's Pinterest keeps that college nostalgia and affinity strong for alumni.

GE's content marketing prowess has been well-documented, but you wouldn't expect them to be prolific on Pinterest. What makes GE's social and content marketing so consistently great, though, is their ability to create content and speak a language that's native to each platform they're on. Case-in-point: Their board of "Hey Girl" Thomas Edison memes.

What's there to do on Pinterest for The Weather Channel besides pinning screen shots of the weather forecast?

A lot, apparently. In fact, the Weather Channel finds its way into myriad go-to Pinterest topics -- gardening, travel, cute animals, breathtaking photos from around the world -- and does it in an incredibly natural way.

If there are three things I love in this world, it's animals, puns, and pictures of dogs in sunglasses. Petplan Insurance delivers on that and then some, with over 5,000 pins organized into boards like "Cat-astrophes Averted," "Tails of the Unexpected," and "Pawsitively Cute Animals."

Be warned: A visit to their Pinterest only ends one way, and that's with you impulsively buying a dog and promptly getting evicted from your apartment.

Yes, food-related brands have a natural home on Pinterest. But when you hear "National Pork Board," you probably don't think "social media excellence." But the National Pork Board does Pinterest right, posting mouth-watering pork dishes and recipes and organizing them in creative ways, such as the "Om Nom Nom" board. You can't get more Pinterest speak than "Om Nom Nom."

Lowe's ads typically feature manly men carrying heavy things and building stuff, but they're also one of the most successful brands on the female-dominated Pinterest with nearly 3.5 million followers. From ideas for fun projects under $50, to home improvement hacks, to doggie dream houses, Lowe's is a case study in how to win with pins.

One of the tenets of marketing and advertising is that you're rarely selling a product; you're selling possibilities. Sharpie sells those possibilities brilliantly on its "Sharpie Uncapped" Pinterest account. Boards like "Kicks," which show off awesome designs drawn on shoes with Sharpies, are endless fun to explore.

It's fairly well-known that the book publishing world's had struggles adapting to the digital age. But Random House has a delightful time geeking out on Pinterest, nonetheless. I'm pretty much their target audience here, and boards like "What Would Jane Austen Do?" make me feel like I'm back in my beloved 19th Century Lit Class.

Most kids don't like going to high school; most parents really don't like paying thousands of dollars for their kid to attend high school. Yet, those are the two constituencies that a private school serves.

But Sewickley Academy in Pittsburgh, PA raises spirits brilliantly through Pinterest. Their "Class of 2013 college choices" board, for example, is content that both parents and students will love, while also highlighting the main value proposition a prep school is selling -- getting your kid into a great college.

They also have an awesome blog with posts like "How to Convince a Sewickley Academy Grad Not to Go to Yale." Some big brand would be smart to hire away whoever is running their social and content marketing.