Why You Can't Resist Clicking on This Article: The Clickbait Conundrum

Most people have the same experience with clickbait. 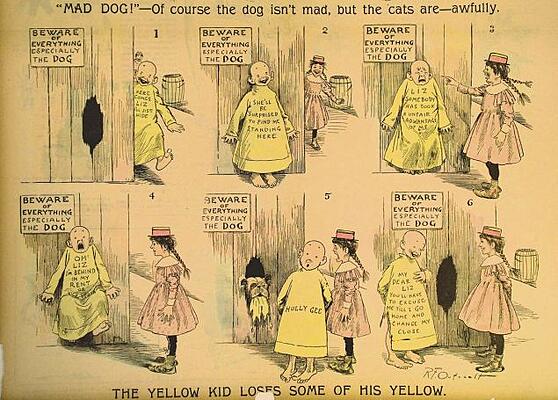 You stumble across it in your Facebook feed or Twitter feed. It reads, "13 Problems Every Blonde Bostonian Working at a Marketing Software Company Has." You recognize it's pandering to you ... but it's just so perfectly intriguing, you have to click. You click, resigning yourself to scrolling through for just a minute because you've got work to do. You get to the first list item -- it's roughly on point, so you continue.

Suddenly, 10 minutes go by -- you've scrolled through the whole article and realized it's a load of crap that was meant to waste your time. You hate yourself a little. You get back to work, telling yourself you won't get duped again. You're too smart for that ... but sure enough, an hour later, the whole clickbait-shame cycle continues.

Don't be upset -- it's happened to pretty much everyone. Clickbait has been around for over a century, and it's remained a common tactic for content creators because it works. As a content creator, it's one of those ethical grey areas you have to navigate.

To help you figure out which side of the clickbait debate you fall on, we put together this post -- hopefully, by giving you some background into the history, science, and ethics of clickbait, you can make a decision on how you're going to create content for your company.

A Brief History of Clickbait

Clickbait isn't something BuzzFeed, Upworthy, Viralnova, Distractify, or any other viral content site invented. It's been around for over 100 years. If you want a more in-depth version of clickbait history, check out this post on io9 -- below's the quick and dirty version.

Back in the late 1800s, newspapers were really concerned with increasing their circulation numbers (kinda like the way most media companies care about pageviews today). One easy way to increase circulation was to have a popular comic strip that pandered to the largest number of people -- people would buy the paper to read those cartoons, not hard news.

One such comic was all about the adventures of Yellow Kid -- a poor kid from the slums wearing a yellow nightshirt who'd say weird things, kinda like modern day LOLcats. Like this: 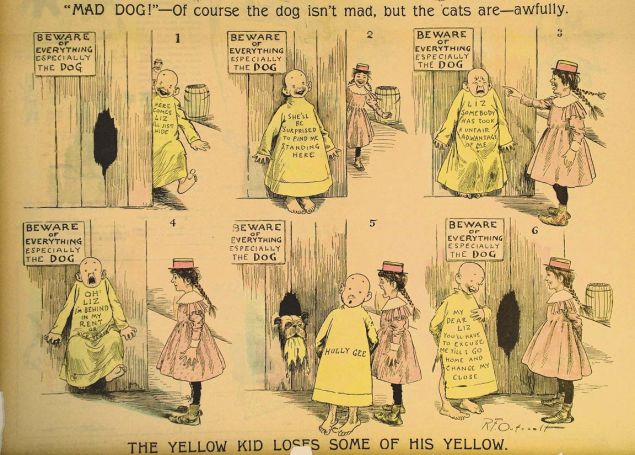 Like today, people got up-in-arms about journalism being tainted by the Yellow Kid inflating circulation, and the term "yellow journalism" was born.

Since then, media companies have all used "yellow journalism" techniques to get more people reading their content. And sometimes it's had disastrous effects.

But the moral of the story here is that clickbait is nothing new -- technology and the increasing amount of content on the web has just made it much more prevalent. And for the people using it to get more views and comments on their posts, it's working.

Even though you know a headline is just clickbait, it's tough to resist -- your brain is programmed to click on it.

Why? It all boils down to curiosity. Studies have shown that curiosity is a cognitive form of deprivation from realizing you have a gap in your knowledge. And when you have that deprivation, you're gonna try really really hard to reverse it.

So when you're presented with a title that makes you curious -- something like, "This 4-Year-Old Decided to High-Five Every Person They Passed on the Street That Day. You'll Never Guess What Happened." -- you're overcome with a desire to click on it. Even if you guess that pretty much every person will high-five the four-year-old back (seriously, who wouldn't high-five a four-year-old?) ... you've got to click to make sure.

But how do content creators get people to be curious enough about their content to click? They've got to make the most of their headline -- and research from a professor and a communications staffer at BI Norwegian Business School suggests piquing interest in headlines all boils down to asking questions that reference the reader. Forbes describes the experiment as this:

"They tested three kinds of headlines: One was a simple declarative headline. Example: “The hunt for status in the advertising business.” Another posed a question: “Why are advertisers so obsessed with winning prices?” They also contrasted simple headlines like “Power corrupts,” with self-referencing headlines like “Is your boss intoxicated by power?” They got on average 150% more clicks for the question headlines and 175% more clicks for the headlines that used the second person. One caveat: The question headlines used more enticing words, like “obsessed” and “intoxicated,” than the simple declarative headlines."

So the reason you can't help but click on clickbait is simple: It's piquing your curiosity, usually through a question, a self-referential comment, or both.

Media companies and content creators know this already. But should they use your brain against you?

The Ethics of Clickbait

There's been lots of discussion on the internet about clickbait. Some for, some against. Some just poking fun at it.

And I hate to spoil the end of this post, but there's really no answer to the whole debate. People are still going to click on clickbait -- they have for over a century, and my guess is that they'll continue to do it. Heck, they'll probably share the clickbait, too, whether or not they realize what it is they've fallen for.

It's up to you to decide if you want to go the clickbait route or not. Maybe you'll do whatever your company asks. Some companies already have policies and metrics in place to reward or play down clickbait. Some companies have already decided to play into the clickbait because sheer volume of unique visitors is their main metric. Some have decided to take a modified approach, rewarding writers for getting repeat visitors, not just uniques. For someone trying to stay employed, you'll probably choose something aligned with your company's policies.

But still, there's a personal responsibility to either embrace clickbait in all of its pandering glory or eschew it in favor of "higher quality" content.

In my opinion, neither of these is a better path. As long as the headline accurately describes the piece inside, and the piece inside is a quality piece of content (which is a whole other debate), you're serving your audience the right way.

You just need to ask yourself one question: What will you do for a click?

What do you think about the clickbait debate? Do you use clickbait headlines in your marketing? Weigh in in the comments below.