How to Boost Email Conversion Rates With A/B Testing [Video] 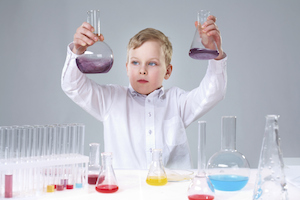 I hate to make you suspicious, but there's someone on your team you shouldn't always trust. Don't take this the wrong way -- they're good at their job, but sometimes, they're just wrong. What's worse: They don't even realize that they're wrong.

Do you know who I'm talking about?

It's you. It's me. It's literally every person ever.

So don't feel bad -- especially because there's a way to tilt the odds in your favor so that you're right more often than not.

How? With a little old thing called A/B testing. Basically, it's a way of testing your marketing to find out what works and what doesn't -- and it's especially handy in situations when you don't have room for do-overs, like email marketing.

So if you want to learn how to make better email decisions, watch the video or read the transcript below. It's the last in an email marketing video series we've done with Bryan Harris. We'll walk you through the basics of A/B testing and give you a few ideas on how you can use it to make your emails even more awesome.

How to A/B Test Your Emails [Transcribed]

When was the last time the you had so many leads that your boss told you to go home and take a day off?

According to a recent Econsultancy report, 72% of marketers are NOT satisfied with their conversion rates.

One of the best ways to fix this problem is to run an A/B test. Also called a split test, an A/B test is simply an experiment that allows you to show two different versions of the same piece of content (like a landing page, email, or call-to-action) to two similarly sized audiences at the same time to see which one performs better.

For example, recently we ran a test on these landing pages and found that version B increased leads by 24%.

And you can do the same type of test with your emails to boost your conversion rates and get more leads.

Today, I’m going to walk you through the three basic steps of split testing and then give you four specific ways to help you start split testing your emails today.

The Basics of Split Testing

Before you start, you have to know what you're going to test. You can test something as small as the color of a call-to-action, or something as big as an email template that's been entirely redesigned.

However, let's say you're testing two versions of one email against each other. You've changed the CTA copy, the subject line, the image, and the preview text on one of the emails. You can't attribute that emails success to the subject line alone -- you'd have to attribute success to all four of those elements. If you want to truly determine whether a subject line is affecting your overall conversion rates, just test the subject line and nothing else.

To run a successful A/B test, you have to determine exactly what you want to find out at the end of the A/B test.

Before you start, have that specific goal in mind.

Step #3: Set Your Control and Treatment

Let's recap: Step one is to pick the element you're trying to test, step two is to determine the purpose of the test, and step three is to pick the content for your control and your treatment. Now, let's jump into four specific ways you can test your emails.

The time of day that you send your email matters a lot. Test which day of the week and time of day results in the most opens and clicks for your emails. When you combine both pieces of information, you'll have found the optimal time to send emails to your audience.

3) First Name vs. No Name in the Email

Your email's call-to-action is one of the most critical parts of your emails to test because it's what generates leads and conversions. Start by testing whether you see better conversion rates from an image or a text CTA.

Developing a culture of testing will gradually improve your conversions over time, and will help you find optimizations you never knew existed.

Until next time, happy marketing!