Yes, You Can Be in the News Business, and Here's How 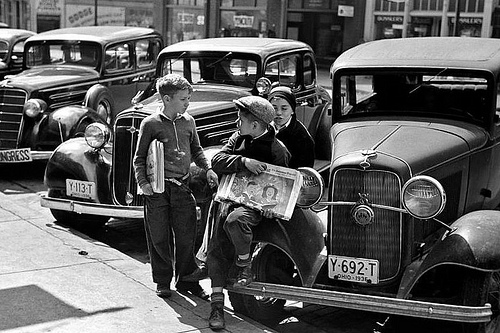 If you’re the CEO or CMO of a company of a certain size (say, a few hundred employees or more), chances are you’ve given some thought to building an in-house news organization. This means going beyond the ordinary meat-and-potatoes content found on most corporate blogs.

And why not? Your company is full of interesting people with great stories to tell, so why not generate news on your own rather than waiting for the local newspaper or some industry blog to discover how great you are? You can, of course, also write about interesting people and trends in your industry (not just your own company) and establish your company as a thought leader.

It’s all good, as the kids say, and it’s not very expensive. And lately it’s been all the rage among forward-thinking tech companies -- Oracle and Cisco operate fairly large newsrooms, for example. Some companies are even hiring veteran journalists. Qualcomm brought in Michelle Kessler from USA Today to lead its Spark blog, a really professional-level publication that covers a wide range of topics. Steve Hamm, a former technology editor at BusinessWeek, now writes for IBM. Evernote hired Rafe Needleman from CNET. Brian Caulfield, a former colleague of mine at Forbes, now writes for chip designer NVIDIA.

Another benefit is that you’re creating material that other blogs and mainstream publications can pick up and use. Those journalists are always hungry for stories to “feed the beast,” and frankly, a lot of them get their ideas by seeing what other people have already written. So in effect you’re priming the pump and using your own news site as a way to generate coverage in other publications, says Bill Calder, the executive editor of Intel Corp.’s Intel Free Press news site. “We write for the brand, but also for other journalists who may be looking for interesting angles or related stories and ideas,” Calder says. “In some respects, we’re a seed generator. Also, we’re providing free content for websites and other blogs.”

Calder’s group grew out of Intel’s PR department and was launched as an experiment in 2010. “We were a bit of a trailblazer,” Calder says. The goals are not tactical -- it’s not about generating leads, or hitting certain traffic goals. Rather the idea is to build brand awareness, establish thought leadership, and put a human face on Intel. It’s also a kind of service offering. You’re providing customers with a valuable service by helping them keep up with what’s happening in the industry. You’re also using narrative and storytelling to connect with people at an emotional level. That might sound touchy-feely, but some companies see value in building stronger connections with customers and prospective customers."

Intel’s Free Press site relies on a handful of writers, most of whom, like Calder, work in Intel’s communications department but have some journalism background. They devote part of their time to the news site but have other duties as well. In addition, in 2011 Calder hired Benjamin Tomkins, a former managing editor of InformationWeek, to be managing editor of Intel Free Press.

How Intel Does It

I caught up with Calder recently and asked him what advice he would give to companies that are thinking about building a news operation. Here are some tips.

“Don’t try to hide who you are, who you work for, and what your mission is,” Calder says. “Intel pays our checks. I don’t want to hide that. But they give us the ability to run this site with a lot of flexibility.”

“We’re trying to take a news-based approach. If I do a story with some element of Intel in it, then it has to pass the 'red face’ test to me. We can’t just put out a puffy article about Intel solution XYZ. You have to be legitimate and you have to be credible. Don’t just regurgitate traditional marketing materials. Tell stories. Make what you do, and what you make possible, interesting.” A news blog can’t run press releases. “I have colleagues who sit across from me and do a great job on those,” Calder says.

Dare to be critical of your own company.

“We actually do a fair amount of that,” Calder says. For example, in 2010 Intel created a new technology called Turbo Boost and put a lot of effort into marketing it. But it turns out a lot of people, including sales reps in stores that were selling Intel-based computers, still had no idea what Turbo Boost did. The Intel Free Press published a story pointing out the lack of awareness. “We didn’t do it in-your-face, but the story was, 'Here’s Intel putting all of this marketing money into this and nobody knows what it is.' I kind of crossed my fingers on that.” He needn’t have worried. The Intel marketing team considered it valuable feedback.

“Former journalists are natural, but good writers and 'people persons’ could do well too, and often many of those skills already exist within organizations,” Calder says.

Every story doesn’t have to contain a plug for your company, or even a direct reference to some product you’re selling. Sure, stories need to be relevant to the business that you and your customers are in. (At Intel they can cast a pretty wide net.) But each story doesn’t have to create a direct pipeline to a lead or a sale. One recent story at Intel was a Q&A with a scientist and National Geographic Society explorer, Dr. Albert Yu-Min Lin.

Think beyond your own site.

You don’t need to have everyone reading the story on your site. You’re not selling ads, and you don’t need to worry about unique visitors and page views. All you want to do is get a story out there and have it spark an idea for a journalist. “Reporters will say, 'Hey I can’t run your stuff, but that’s an interesting person and I want to do a profile of my own,’ and I’m fine with that,” Calder says. “It’s a different communication mechanism.”

A few years ago the Free Press did a story about how Intel’s “Sandy Bridge” microprocessor got its name. That story got picked up by newspapers and websites all over the world. “I’m looking for a new or interesting angle that someone hasn’t done yet,” Calder says.

Another Free Press story about remote medical equipment got picked up by National Geographic, which used one of the photos from Intel Free Press. (The Free Press site shoots a lot of original photos and keeps all of them on a Flickr stream where anyone can download and use them.)

Another time the Intel Free Press noticed a story in an internal Intel employee newsletter about employees with cool tattoos. The Free Press created a photo essay about the same topic for its audience, and that Free Press post was picked up by the Oregonian newspaper, which did a piece about Intel recruiting hipper, younger employees. “So here was a case where internally generated content was repurposed for our external audience, and quickly picked up by one of the top 20 circulation newspapers in the country,” Calder says. “The result was a portrayal of Intel employees not just as geeks and engineers with pocket protectors but hip, young, and engaged in their community.”

Did that end up helping Intel recruit new talent or bring in new business? There’s no way to quantify, but Calder believes so. And his bosses at Intel seem to agree. “We’re not measuring ROI by how many leads we generate or how many page views we get,” Calder says. “The purpose here is to really provide some behind-the-scenes context, and cover stuff that we feel is relevant even if may not even be directly related to our core business.” While you can indeed measure the ROI of your marketing content, what we learn from Intel is sometimes things have worth even if you can't immediately tie them to one specific business metric.

Has your company adopted a news-style approach to marketing? Share your experiences with us in the comments.

Why Blog? The Benefits of Blogging for Business and Marketing